Driver’s fees going up for DOD personnel in Germany 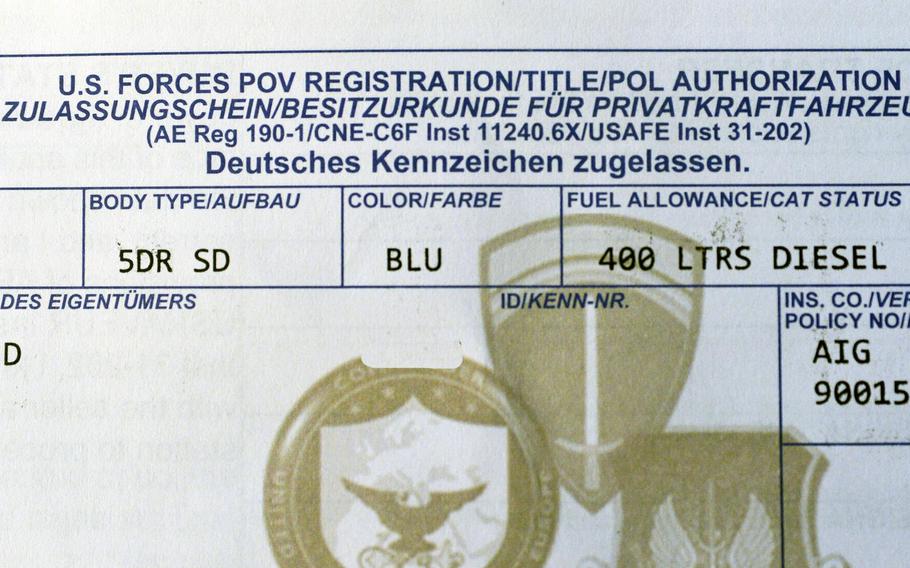 U.S. Army Europe is raising vehicle registration and licensing fees for American drivers here starting next month. The cost to register a vehicle in Germany for Defense Department personnel is increasing by $5, to $35. Starting Oct. 1, DOD ID cardholders will have to pay $20 for a driver's license (Stars and Stripes)

Starting Oct. 1, Defense Department ID cardholders will have to pay $20 — double the current cost — to obtain a U.S. Forces Certificate of License to drive a USAREUR-plated vehicle.

The cost to register one’s vehicle in Germany for DOD personnel, meanwhile, is increasing by $5, to $35.

The USAREUR Registry of Motor Vehicles, based in Sembach, announced the fee increases Thursday. The agency said it needs to raise its fees to cover increased costs for personnel, supplies, data processing and equipment, since it’s funded with nonappropriated dollars and must recover its costs.

“The fund has sustained losses for the past three years and can no longer absorb the losses without increasing fees,” USAREUR said in a statement.

USAREUR last raised licensing fees in 1986. The vehicle registration fee was increased to $30 in 2006 to fund the change to German license plates.