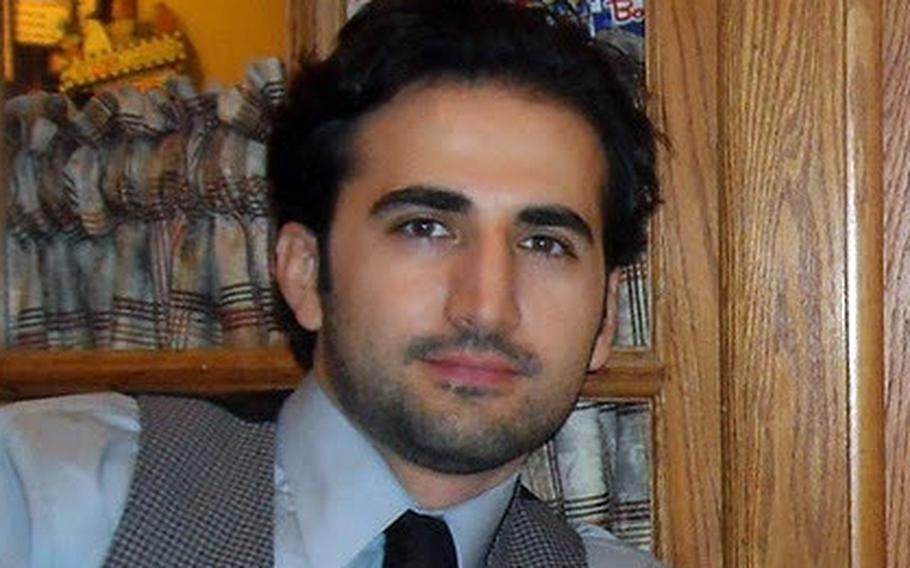 Amir Hekmati, a former U.S. Marine who was imprisoned in Iran for more than four years after being sentenced to death for spying, is suing Tehran for alleged torture during his time in detention, his attorneys said Tuesday.

The lawsuit, stating that Hekmati was arrested on fabricated charges and then tortured by his captors, was filed in the U.S. District Court for the District of Columbia. It seeks unspecified economic, compensatory and punitive damages from Tehran.

“Iran’s treatment of Amir Hekmati was utterly contemptible,” his attorney, Scott D. Gilbert said in a statement released by his office.

The complaint charges Hekmati was subjected to prolonged physical and psychological abuse, “including beatings, electric Taser-ing, sleep deprivation and the forced ingestion of dangerous drugs.”

Hekmati was arrested in August 2011, soon after flying into Tehran to visit his family. The following year, the dual American-Iranian citizen was tried, convicted and sentenced to death on espionage charges.

That conviction was overturned on appeal by Iran’s supreme court, which ordered a retrial. The espionage charges were then dropped, and a lower court sentenced him instead to 10 years in prison for “cooperating with hostile governments.”

Hekmati was released in a prisoner swap in January on the heels of a historic nuclear pact with Iran. Three other Americans — Jason Rezaian, a correspondent for The Washington Post, Saeed Abedini, an evangelical pastor and Nosratollah Khosravi-Roodsari — were released in exchange for seven Iranians held in the United States. Student Matt Trevithick was released in a separate deal.

Hekmati served in the U.S. Marine Corps from 2001 to 2005 as an infantry rifleman and translator, his attorney’s statement said. He completed two tours of duty in Iraq, where he served in the 2nd Battalion, 4th Marine Regiment, it said.

Gilbert also represented Alan Gross, an American aid worker imprisoned in Cuba in 2011 and released in 2014.

U.S. citizens have brought numerous lawsuits against Iran since the 1979 revolution that toppled the pro-American monarchy of Mohammad Reza Shah Pahlavi. Last month, the U.S. Supreme Court upheld a 2012 law that would allow a total of $2 billion in frozen Iranian funds to be paid as compensation to American victims of terrorist attacks allegedly inspired by Tehran, including the 1983 bombing of a U.S. Marine barracks in Beirut and the 1996 Khobar Towers bombing in Saudi Arabia.

The families had won a lawsuit against Iran in 2007.

Tehran has denounced the Supreme Court decision as “ridiculous” and said it would countersue Washington at the International Court of Justice in The Hague. It has also mulled a separate lawsuit for hundreds of billions in damages for America’s involvement in the 1953 coup that overthrew the country’s democratically elected prime minister, and for the shooting-down of a civilian Iranian airliner by the USS Vincennes in 1988 over the Persian Gulf.