Rats may be cheaper alternative to IED-seeking dogs 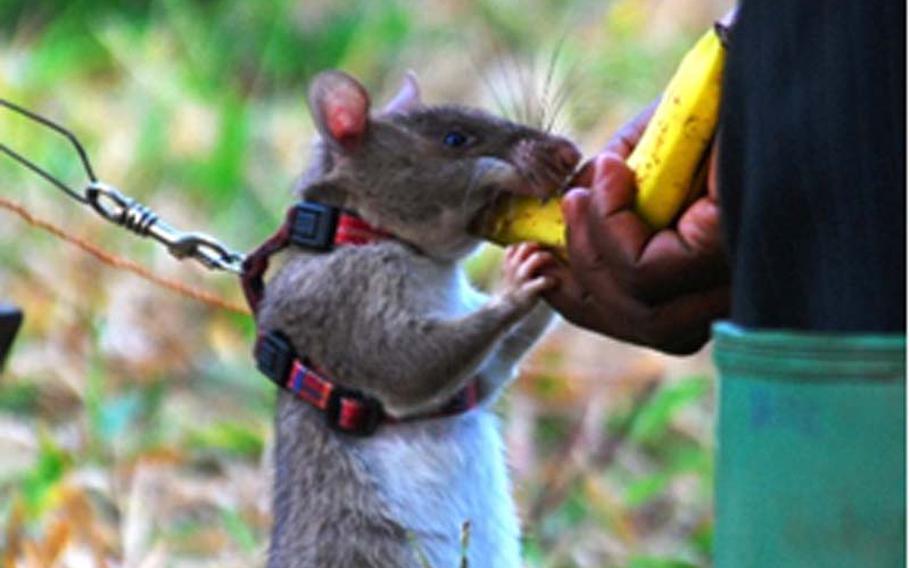 A Giant African Pouched Rat on the training minefield at APOPO outside of Morogoro, Tanzania, is rewarded with a banana for successfully finding a buried mine. U.S. Army scientists and engineers visited the organization in 2010, in order to evaluate the potential utility of trained rats to the Defense Department. (Courtesy of Ross Harper)

SASEBO NAVAL BASE, Japan — For centuries, rats have been cursed for spreading diseases and scavenging through garbage, but the Army hopes they can become unlikely heroes by using their sensitive snouts to sniff out land mines and improvised explosive devices.

This summer, the Army awarded a Small Business Technology Transfer award of at least $519,000 to Barron Associates Inc., of Charlottesville, Va., to develop a cost-effective, automated method to train Giant African Pouched Rats — otherwise known as Gambian Pouched Rats — to find explosives in war-ravaged nations around the world.

The Rugged Automated Training System program is sponsored by scientists at the U.S. Army Research Laboratory in collaboration with engineers at the U.S. Military Academy and Fort Leonard Wood’s Counter Explosives Hazards Center.

These rats can go places a dog can’t and have a sense of smell believed to be better than that of a dog. They are light — about 2-3 pounds — but that doesn’t necessarily mean they will trigger fewer IEDs.

“You’d rather have a rat blown up than your soldier,” Strand said.

Rats are being used to hunt for mines and explosives in Africa, but the training costs more than $10,000, which is still a fraction of the cost to train a dog, and takes two years out of the animal’s average 8-year lifespan, Strand said.

If the training can be automated, it would erase the need to develop a bond between handler and animal, so the rats could become standard issue for soldiers. If costs are lowered, they could be sent downrange en masse, to fit in every backpack. 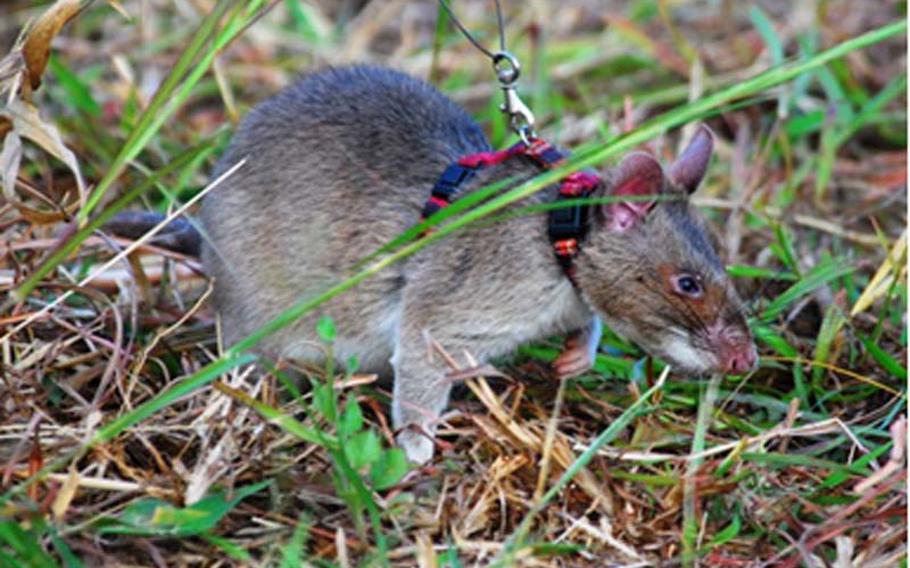 A Giant African Pouched Rat belonging to APOPO is being trained to find buried mines. U.S. Army scientists and engineers visited the organization in 2010, in order to evaluate the potential utility of trained rats to the Defense Department. (Courtesy of Ross Harper) 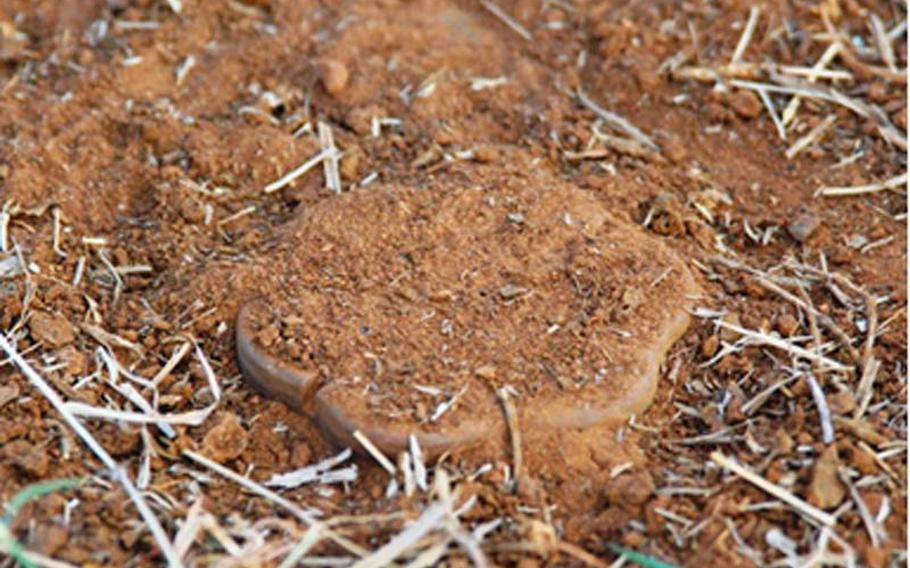 A buried anti-tank mine at an APOPO training field used to train rats. For safety and training purposes, the firing mechanism has been disabled and the detonator removed. (Courtesy of Ross Harper) 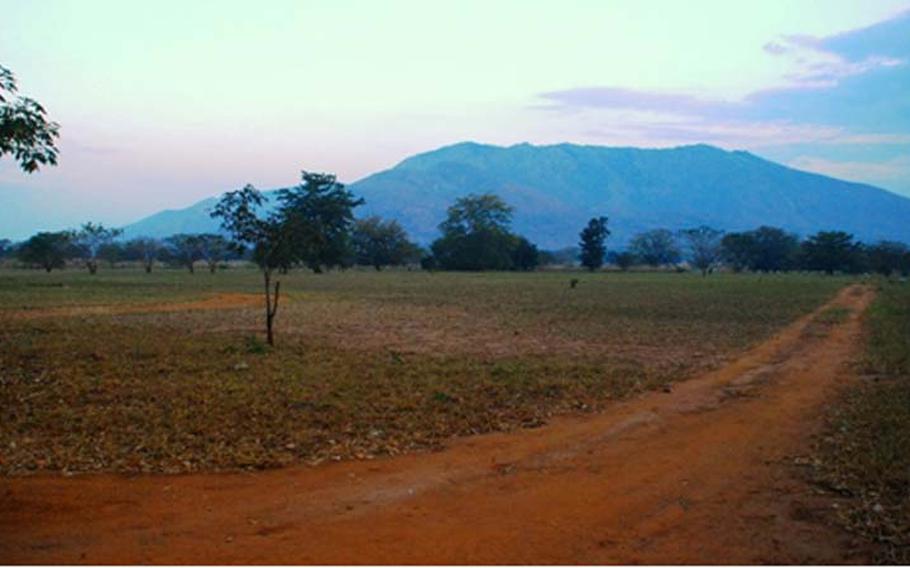 Trainers bring the Giant African Pouched Rats to the APOPO training minefield outside of Morogoro, Tanzania, at dawn. Rats work early in the morning when the temperature is coolest. (Courtesy of Ross Harper)

A Giant African Pouched Rat on the training minefield at APOPO outside of Morogoro, Tanzania, is rewarded with a banana for successfully finding a buried mine. U.S. Army scientists and engineers visited the organization in 2010, in order to evaluate the potential utility of trained rats to the Defense Department. (Courtesy of Ross Harper) 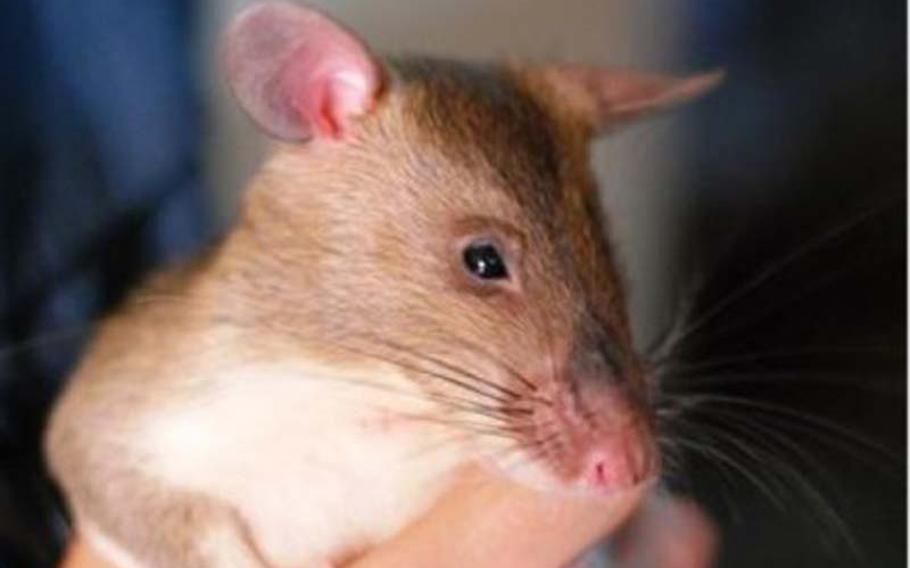 The Rugged Automated Training System research sponsored by scientists with the U. S. Army Research Laboratory, in collaboration with engineers at West Point and the Counter Explosives Hazards Center, explores whether small rodents could be used to detect improvised explosives and mines. (Courtesy of U.S. Army Rese)

“The question is, can we automate it and make it cheap?” Strand said. ”We’re still working out these questions.”

In recent years, the Defense Department has been willing to try just about anything to curb skyrocketing deaths from IEDs in Iraq and Afghanistan, including spending $2.4 million to find out that bees were unreliable in detection. Pigs have also been mentioned as an option.

The makeshift bombs remain the favored tool of insurgents in Afghanistan. Dogs and detection equipment that places a soldier close to the bombs are the only real options. Of the 2,095 deaths in Afghanistan since 2001, 1,309 have been from IEDs, including 104 as of Aug. 17 this year, according to icasualties.org, which tracks military casualties in the Afghanistan and Iraq wars.

The Army’s interest in rats came after an officer stationed in Africa heard about the work that Belgian nonprofit APOPO was doing in the field, Strand said.

APOPO — with operations in Tanzania, Mozambique and Thailand — has “over 300 rats in various stages of breeding, detection training, research, or operations,” according to its website.

In addition to successfully hunting for metal and plastic mines and explosives, their Giant African Pouched Rats can perform tuberculosis screening and are working to be able to hunt for disaster survivors in rubble, according to Strand and the website.

After learning more about APOPO’s research, Army scientists were intrigued. They wanted to find out if a RATS program was viable, and with Congress allotting monies each year for small business projects, they decided it would be a perfect fit.

Barron Associates was chosen from a field of several companies to continue to the next phase, which involves prototypes and plans for large-scale production.

Strand said the idea is simple. You teach a rat to associate the smell of explosives with a reward, such as food. Then you train the rat to do something to alert handlers when they find that smell. Strand said they are experimenting with having the rat sit down next to the item, much like a military working dog does, or maybe vocalize. Rats in the APOPO program scratch the ground when they discover an explosive device.

“When presented with an odor that is associated with a reward, the animals anticipate this reward and exhibit certain physiological changes that can be detected with our non-invasive system,” said Barron research engineer William Gressick. “It is not possible to quantify our probability of success at this time, but we feel confident that we can meet the goals of this research program.”

Researchers hope to equip the rats with a little backpack so the soldier can tell the rat to go left or right, or perhaps use vibrations in the backpack, or maybe even a laser pointer, Strand said.

Ideally, researchers hope to get the cost of training down to as little as $500 per rat.

The rats work in teams of two like dogs, and like dogs, they are not without unique challenges. For example, the Giant African Pouched Rats can get a sunburn and are susceptible to heat like dogs. They are nocturnal by nature, so working during the day goes against their internal clock.

They are small so they worry about predators and can get distracted, although running away is not a real threat due to socialization. APOPO uses a leash to keep their rats close, but the Army hopes that their rats will not be tethered.

Giant African Pouched Rats are the only ones being used, Strand said. However, it is believed all rats, and even mice, can be trained to find explosives. The Army Research Laboratory is working with Oklahoma State University to establish a stateside breeding colony of the African rats with hopes to train other species so they can operate in different climates and deal with international transportation issues.

Currently, there is a ban on importing these particular rats into the U.S. because they are carriers of monkeypox, unless they are to be used for scientific purposes and have been checked and cleared of disease, Strand said. There are also legal issues in transporting rats into other countries, so the Army hopes to develop the system so that local rats can be trained and used.

Despite high hopes for the program, rats will never replace military working dogs, said Brian Nering, Mine Detection Dog K-9 course administrator at the Counter Explosives Hazards Center. However, rats could free up dogs for other tasks and the research could improve dog-training techniques.