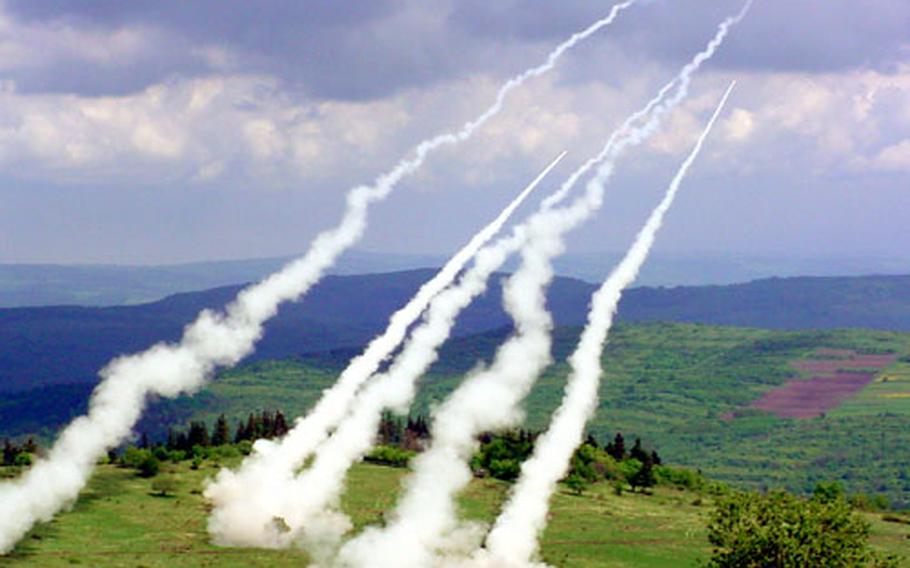 The unit, which normally holds exercises at the Grafenw&#246;hr Training Area in Germany, began training April 30 in Czech Republic. The exercise, which ends Wednesday, involved about two weeks of preparatory training before the soldiers got the opportunity for some live-fire exercises, according to Lt. Col. Michael Miklos, 1st Battalion commander.

The exercise at the Hradiste complex allowed the unit to expand its training, Miklos said.

&#8220;We had six platoons firing simultaneously, with a battalion front that was [about 7 miles] wide,&#8221; Hudie said. &#8220;This was a great training event, and required a lot of coordination with the Czech army and range safety officials.&#8221;

For many of the soldiers, it was the first chance to take part in such training. The last battalion-level evaluation was in January 2002. Because many of the unit&#8217;s soldiers had arrived recently, they had never taken part in an evaluation, even at Grafenw&#246;hr, Miklos said.

&#8220;Our soldiers were skilled on their missions, but we did some refresher training leading up to the live fire,&#8221; said Sgt. Harrison Johnson, a fire direction chief for Battery C, 1st Battalion, 33rd Field Artillery Regiment.

Even for those who have trained at Grafenw&#246;hr, the experience at Hradiste offered some challenges.

The unfamiliar terrain meant Multiple Launch Rocket System crews had to depend more on their maps and skills than on familiar Grafenw&#246;hr landmarks.

Even getting to Czech Republic required soldiers to be more thorough.

The exercise winds down this week, and the soldiers who spent several months in Macedonia and Kosovo last year and spent January-April doing contingency operations in support of the war on terrorism are ready to come home.