TOKYO — "Forgive, love and unite" was the theme at a prayer meeting held at the Japan Youth Center here Friday in support of President Nixon and America.

In a standing-room-only crowd of 2,000 persons, Christians of Japan prayed for the deliverance of America from the wrath of Watergate and for American people to love their president.

The meeting began with an opening statement by Masatoshi Matsushita, a member of Japan's House of Councillors (Diet upper house) and a written statement by the Rev. Sun Myung Moon of Korea that urged the world "to come together and forgive, love and unite as one." Moon started the worldwide campaign for Nixon in New York last year. 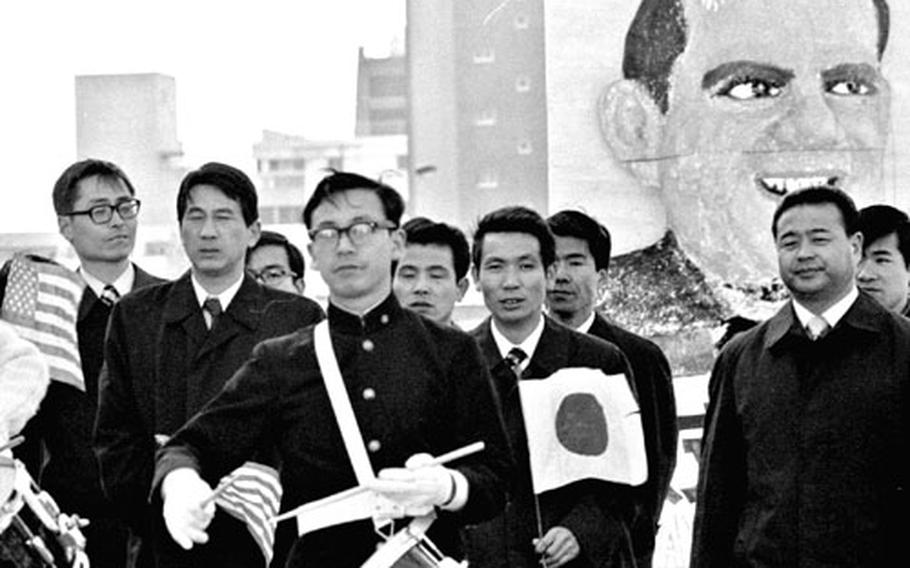 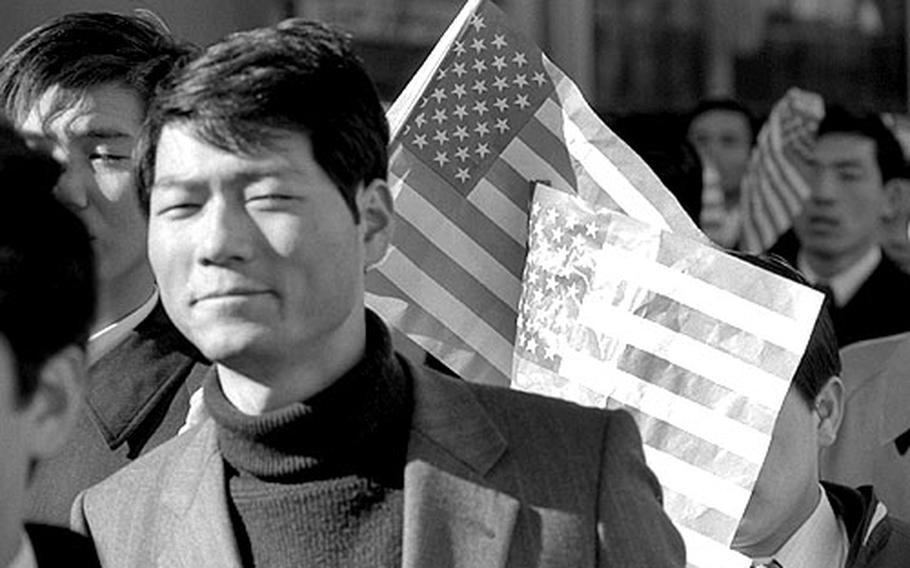 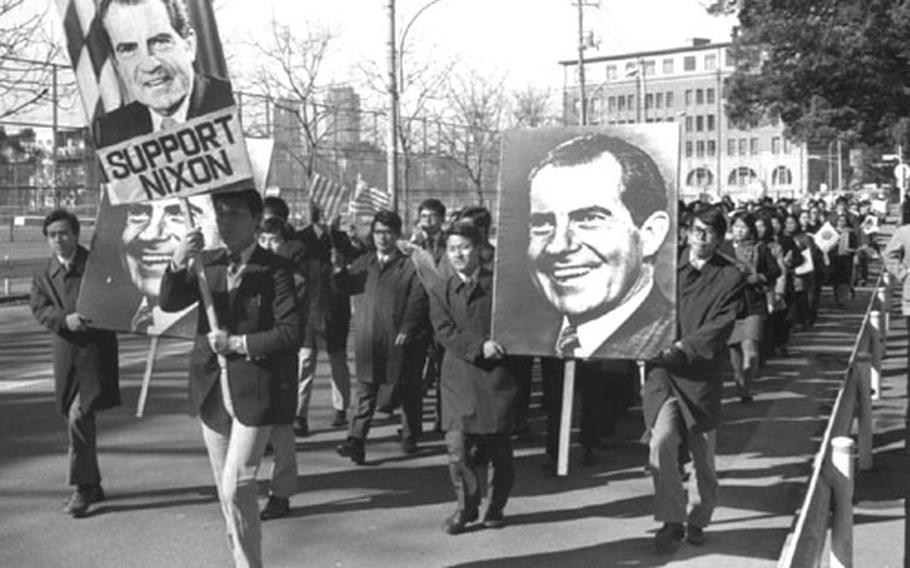 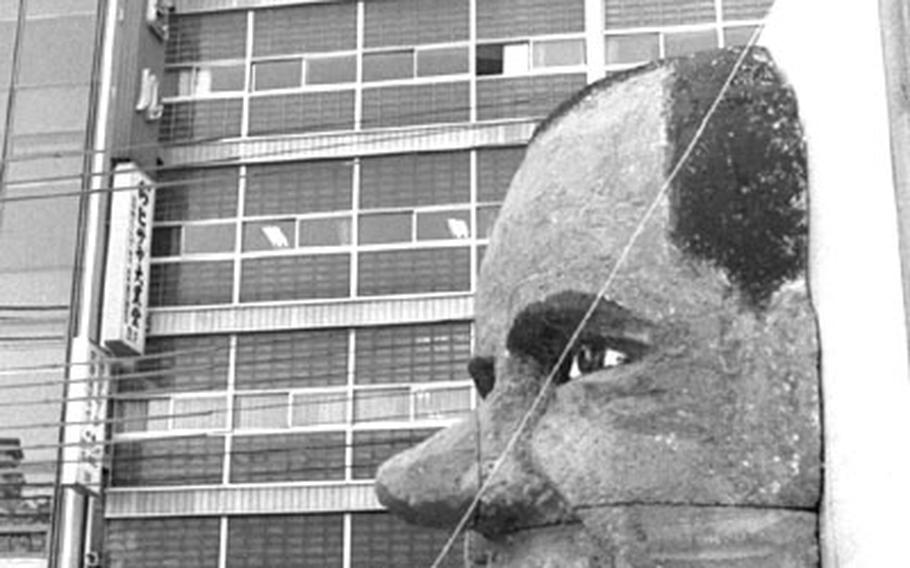 Hundreds of Japanese march from Tokyo's Meiji Park to the U.S. Embassy in a show of support for the United States and President Richard M. Nixon in January, 1974. (Edward Dixon/Stars and Stripes)

After the meeting participants marched from the Youth Center in Meiji Park to the American Embassy, led by the Holy Spirit Association for the Unification of World Christianity, with 1,000 marchers singing psalms, waving Japanese and American flags and asking for support of President Nixon.

The association's literature says, "God has chosen Nixon through the will of the people as the President of the United States, and the President has to carry out this sacred mission. It is the people's duty to support him.

"America is the vanguard of liberalism, democracy and Christianity; it must recover from this current crisis. We the Japanese people and fellow Christians have to rise to aid America to save democracy."

After reaching the American Embassy, Hideo Oyamada, on behalf of the association, handed a resolution stating the associations feelings to Larry Farrar, second secretary of the embassy.

Farrar stated, "I would like to commend you on this petition, it is a kind of change from the type we normally get."