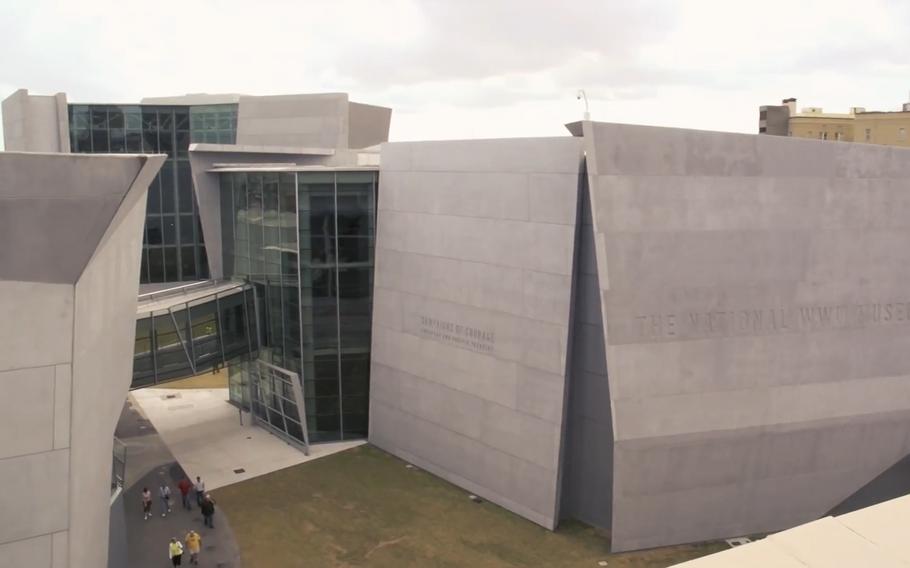 The National World War II Museum, formerly known as The National D-Day Museum, is a military history museum located in New Orleans. The museum tells the story of the American experience in the war that changed the world, why it was fought, how it was won and what it means today.

Expressions of America is a first-of-its-kind nighttime sound and light experience celebrating the power of individual Americans to impact the world around them during a time of monumental conflict. The exhibit is available exclusively at The National World War II Museum in New Orleans.

Watch this video to see the first couple of minutes of Expressions of America.

Medal of Honor recipient Staff Sgt. Walter David Ehlers learned about receiving the medal in a different way — from reading a Stars and Stripes newspaper during World War II. 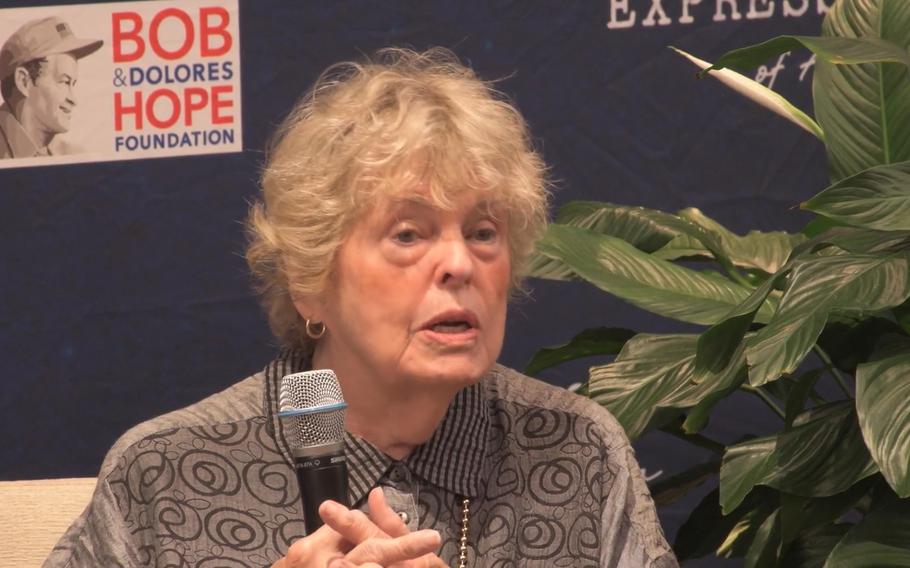 This screengrab from video shows Linda Hope, the daughter of famed comedian Bob Hope, talking about her dad getting “jungle rot” while entertaining troops during World War II. (Ken-Yon Hardy/Stars and Stripes)

Linda Hope, the daughter of famed comedian Bob Hope, talks about the time her dad had an incident with a gun from World War II.

Hope took the time to talk about her father’s bravery when entertaining troops.

Hope tells a story about her dad getting “jungle rot” while entertaining troops during World War II.