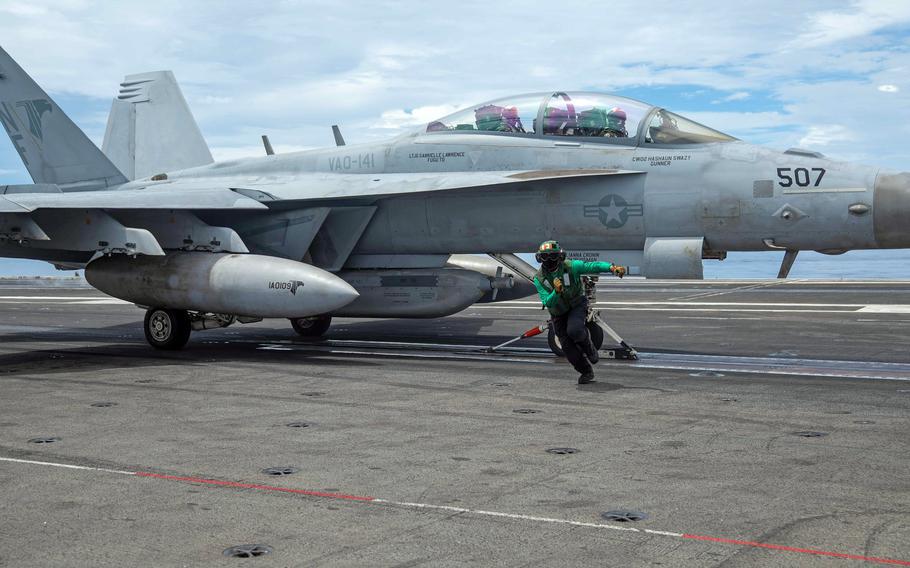 An EA-18G Growler prepares to launch from the flight deck of the aircraft carrier USS Ronald Reagan in the Philippine Sea, July 9, 2022. The Navy announced July 26 it was replacing a defective component in ejector seats used on some of its aircraft, including the Growler. (Dallas Snider/U.S. Navy)