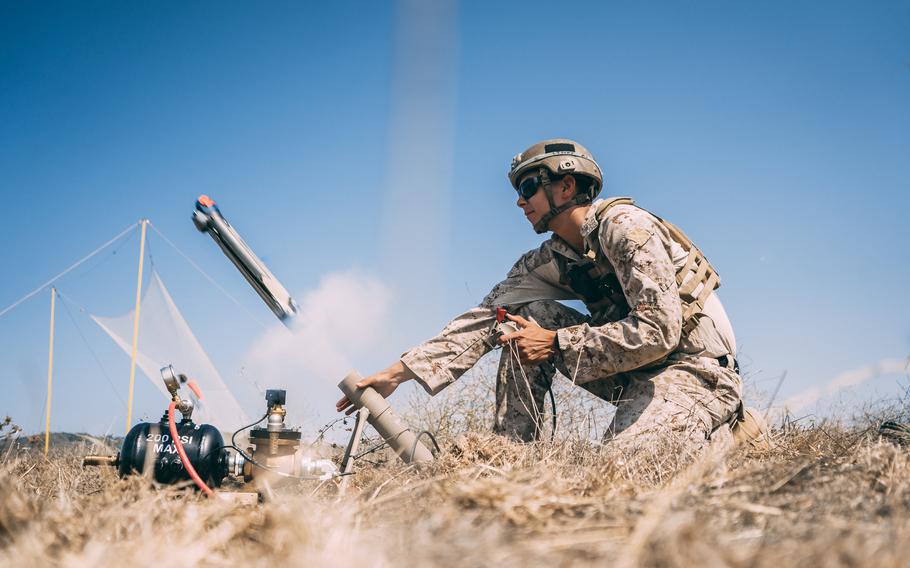 A U.S. Marine launches a lethal miniature aerial missile system during an exercise at Marine Corps Base Camp Pendleton, Calif. on Sept. 2, 2020. According to reports on Saturday, April 30, 2022, the new Phoenix Ghost drone, recently developed and said to function similarly to the Switchblade drone, is being sent to Ukraine. (Jennessa Davey/U.S. Marine Corps )