Episode 6: The continuing problem of sexual assault and harassment in the military 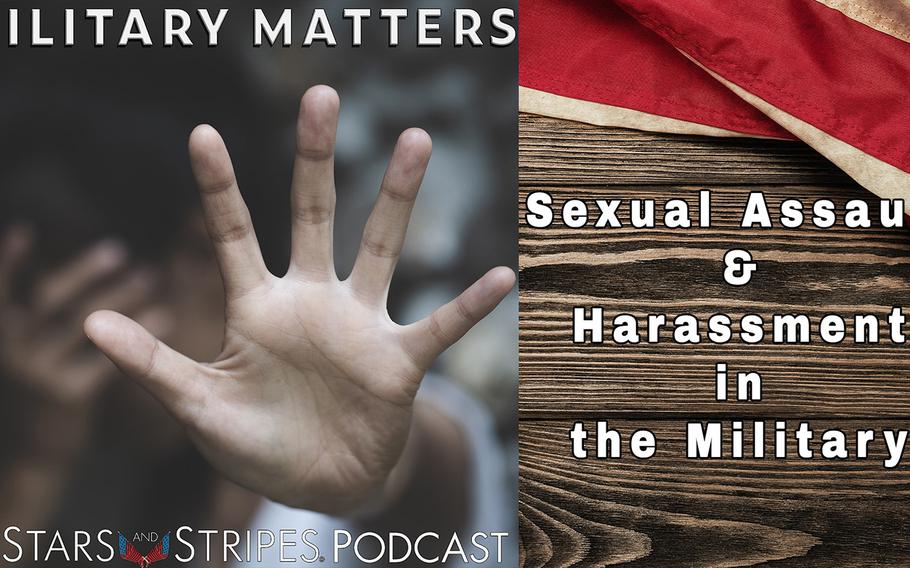 When a Marine's TikTok video lashing out at a general over the handling of a sexual misconduct case went viral in February, the issue of sexual assault in the military once again found an uncomfortable spotlight.

This week's episode of Military Matters looks at this longstanding, continuing problem in discussions with social media personality and Army Sgt. 1st Class Astin Muse and with a soldier who recounts her own story of sexual assault.

"That's not supposed to be accepted in the military," Muse says about her initial reaction to the video. "You keep saying zero tolerance. And I don't think you know what that means."

Co-host Jack Murphy talks with a soldier who tells her story: Of waking up one night in the middle of an assault on her by someone she thought was a friend and mentor; about how, confused and depressed, she declined to report the incident until she was preparing to leave the Army; and about how she found herself under arrest after a false accusation made by the wife of her alleged rapist.

"They preach SHARP so much, but they don't encourage anyone to tell at all," she said. "And then when they do, they get victim shamed and victim blamed. I know several friends I've had who got out of the military because of their response to it."

The issue of assault and harassment has been simmering since the death of Fort Hood Army Spc. Vanessa Guillen grabbed the attention of the country. Subsequent reports, across the entire military and an independent review of conditions at Fort Hood, have found troubling failures in the military's efforts to combat the problem, which affects male and female service members.

The findings were not a surprise to Sgt. Muse: "It's the same stuff that I've been seeing since 2002, like when I first came in."

"You know how they can fix it," Muse says, "take military personnel out of it altogether, give it to like a civilian entity and let them do it."