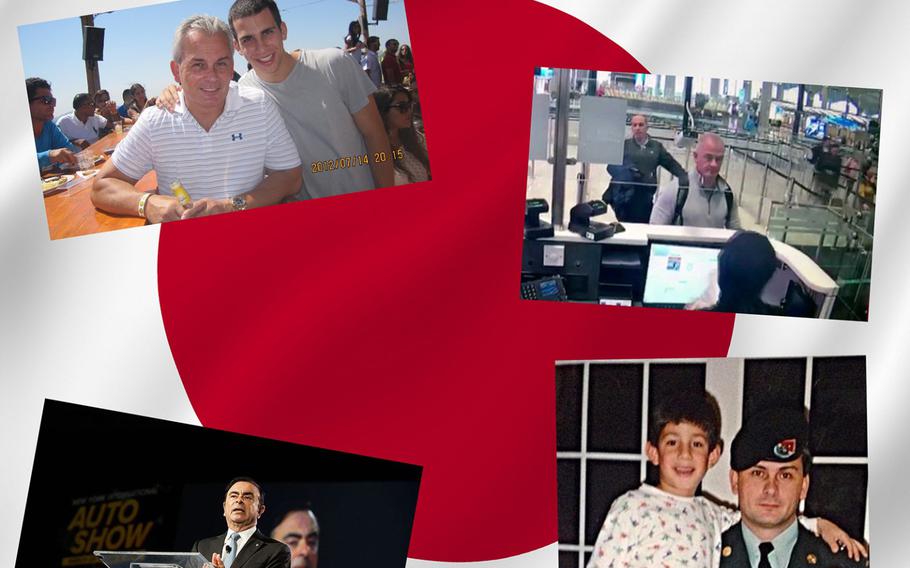 A disgraced corporate mogul. Claims of fraud totaling millions of dollars. Fake passports. A Hollywood movie-style heist to smuggle one man out of Japan in a box. A former Green Beret and his son in Japanese custody.

This week's episode of Military Matters examines the story of Mike Taylor, a U.S. Army Special Forces veteran and private security specialist who in the past was hired by parents to rescue abducted children, and his son, Peter, accused of helping former Nissan Motor Co. Chairman Carlos Ghosn's brazen escape from prosecution in Japan.

The Taylors' attorneys have accused Japan of pursuing the pair in an attempt to save face after the embarrassment of Ghosn’s escape.

"It should have troubled the courts to a larger degree than it did, and it should certainly trouble the State Department," Kelly said. "... We expect that Michael and Peter will be deprived of basic civil and human rights."

"Interestingly the charge against them, which is "harboring" someone, carries with it a maximum penalty of three years," Kelly said. "Based on our research, no one in Japan has ever received a sentence of more than two years.”

And the Taylors have served about nine months while awaiting the extradition case to be resolved.

"People need to appreciate the fact that it really is unfortunate when you have two U.S. citizens sent to a foreign country based upon the facts and circumstances of this case," Kelly said. "Unfortunately, we have found our political figures, senators, congressmen, appointed executive branch folks within the Justice Department and the State Department to really be a very cold and lacking in compassion."

All in this week's episode of Military Matters.