Fast take: Time for some inspiring stories from the US Army 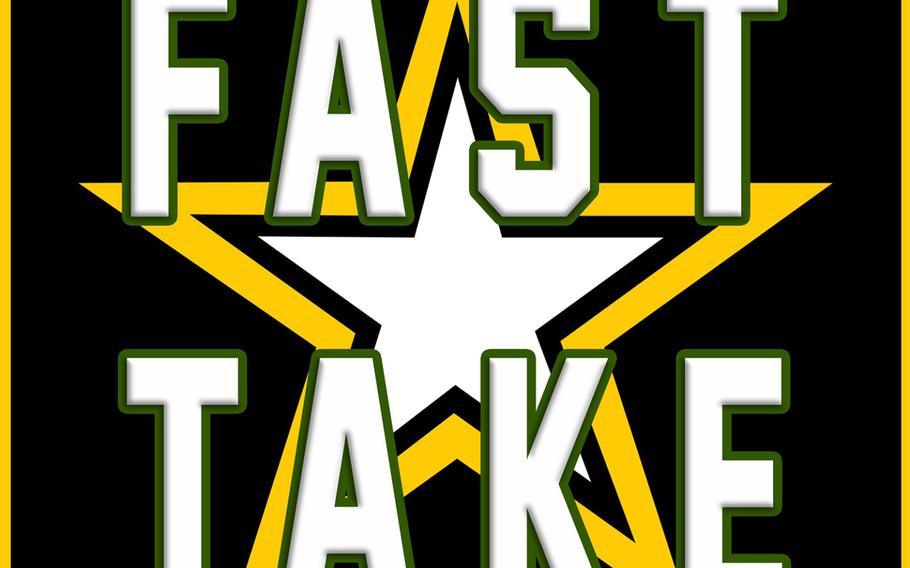 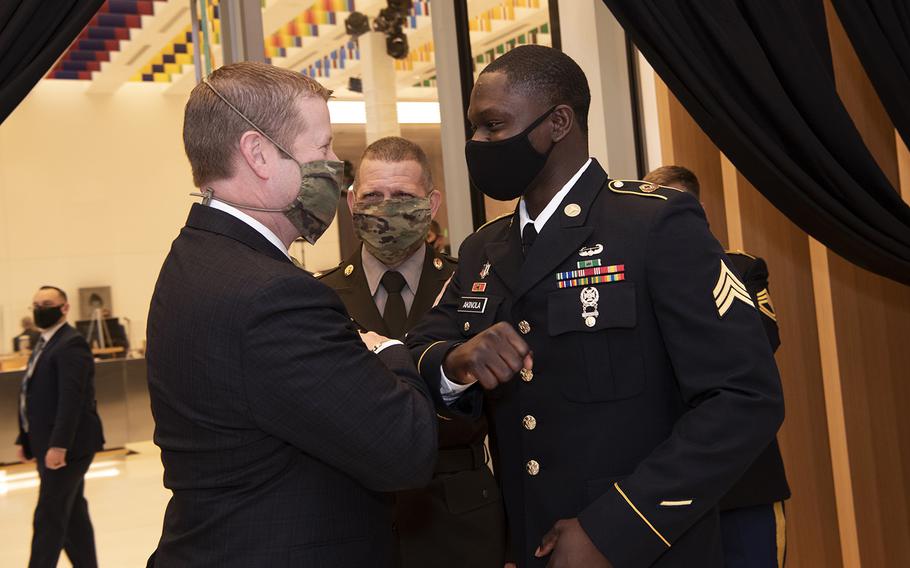 Army Secretary Ryan D. McCarthy greets the 2020 Soldier of the Year, Sgt. James Akinola, at the opening of the National Museum of the United States Army, Fort Belvoir, Va., on Nov. 11, 2020. (Lisa Ferdinando/Department of Defense)

In a year of COVID-19, strife and division, there's nothing like some positive news.

The inspiring stories, for example, of the 2020 U.S. Army Soldier of the Year, Sgt. James B. Akinola, and the brand new National Museum of the United States Army.

Military Matters host Rod Rodriguez spoke with Akinola, the son of immigrant parents who joined the Army for one overriding reason: "I always had that sense to serve ... always wanting to give back to the country."

Rodriguez also spoke with Paul Morando, chief of exhibits for the National Museum of the United States Army, which opened on Veterans Day.

"Everything that's in this museum tells a powerful story," Morando says.

For more information on The National Museum of the US Army go to https://thenmusa.org