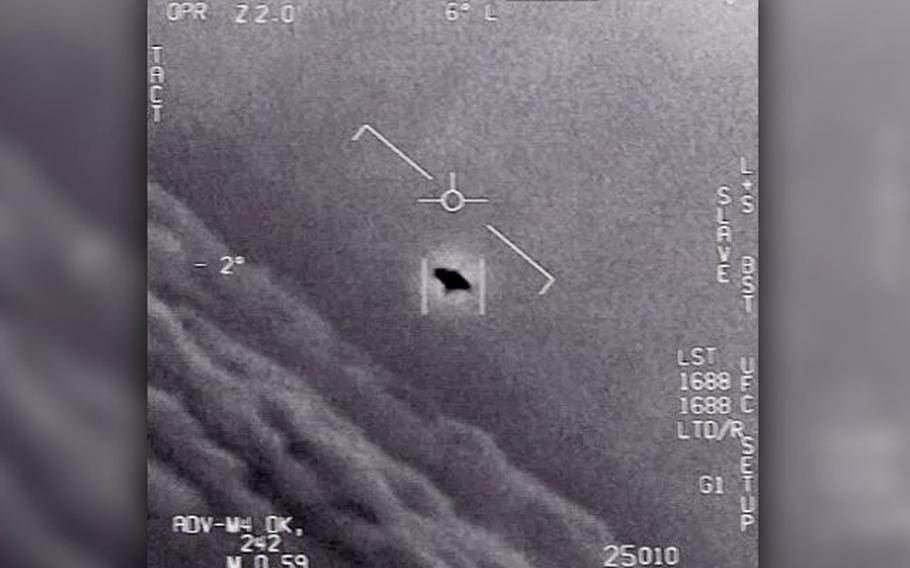 The Pentagon released three videos Monday, April 27, 2020, which depict unexplained "unidentified aerial phenomena" which were recorded by pilots between 2004 and 2015. (TNS)

In the most recent episode of Military Matters, host Rod Rodriguez explored unidentified aerial phenomena and what the Defense Department knows about those unexplained encounters. This week, he finds out from an expert about the facts that can be gleaned from those encounters.

Rod talks with Steve Justice, director of the aerospace division of To the Stars... Academy of Arts & Science. He is an aerospace engineer who spent 33 years at Lockheed Martin's fabled Skunk Works — an elite organization that has been at the cutting edge of U.S. defense technology.

Justice tells how he became involved with the controversial subject of UAPs, and how the subject for years has drawn the attention of other aerospace pioneers — including Kelly Johnson, the founder of the Skunk Works.

How does an engineer break down the information that is presented by a UAP? What factors make the sighting unusual? How does what was observed compare with known technology?

And what effect can fear have? If there is risk of a threat, who is likely to shoot first?

Whether or not we're alone in the universe, the Military Matters podcast is working to find out the information that is important to you.