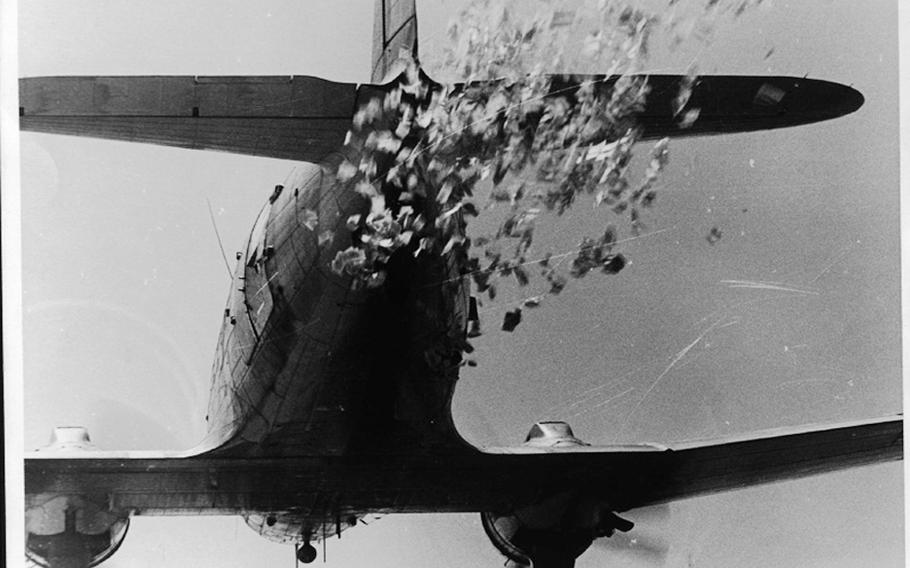 The workhorse of air delivery of leaflets in the Korean War was the C-47 transport aircraft, seen in January 1950. By the end of the Korean War, more than 2.5 billion leaflets had been dropped over enemy positions. (Jason Ragucci/U.S. Army)

As we near the end of the inaugural season of Military Matters, hosts Rod Rodriguez and Desmon Farris offer a sneak peek at the topic for next week's season finale: information warfare.

Rod and Des discuss the dangers of message manipulation with industry experts, who offer advice on how Americans can easily identify and guard themselves against such threats.

Stars and Stripes' podcasts work to investigate and explain the topics that matters to you. Subscribe today!