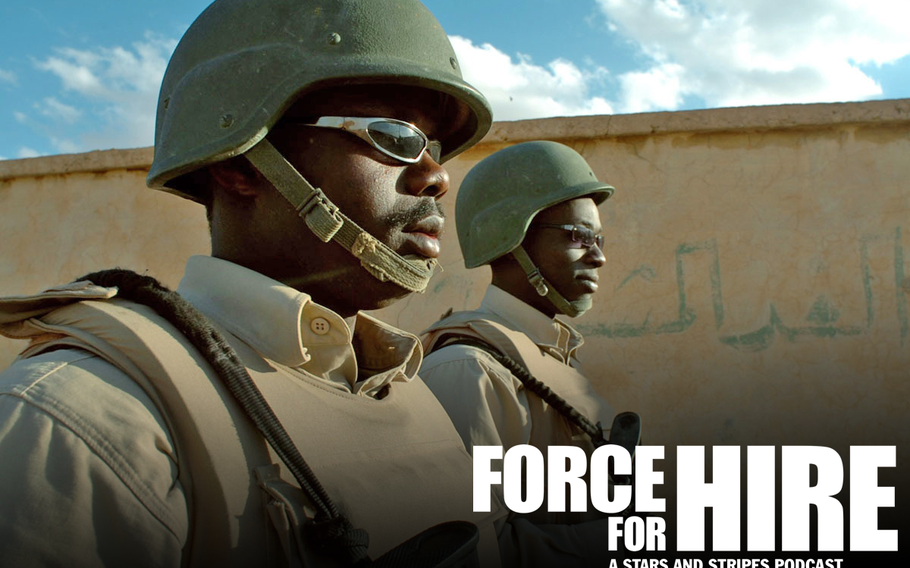 This week on Force for Hire, we bring aboard a pair of experts to examine an aspect of military contracting that ties into issues of human rights abuses and modern-day slavery.

Third-country nationals, workers not employed by a company headquartered in their home country and operating outside of their native lands, are often part of the contracted workforce supporting the Department of Defense. A 2019 U.S. Central Command report counts 24,000 third-country nationals among its workers. Many of these people hold low-skill jobs and come from poor countries, making them vulnerable to exploitation.

As a researcher into modern slavery James Sinclair says the practice of hiring and subcontracting out a third-country national workforce has led to some massive human rights issues. Sinclair will talk about how shady and largely unregulated hiring practices can lead to what amounts to modern-day slavery.

Also joining us this week is Noah Coburn, author of “Under Contract: The Invisible Workers of America’s Global War,” a book that examines a contracted workforce that is often ignored, exploited and forgotten.

Coburn discusses how security contractors in countries not known for their human rights records can be robbed of promised salary, arrested or worse – and what part defense contracting companies play in all of this.

A complete transcript of this episode can be downloaded here.