Episode 3: The beginnings of Blackwater and how it forever changed US policy 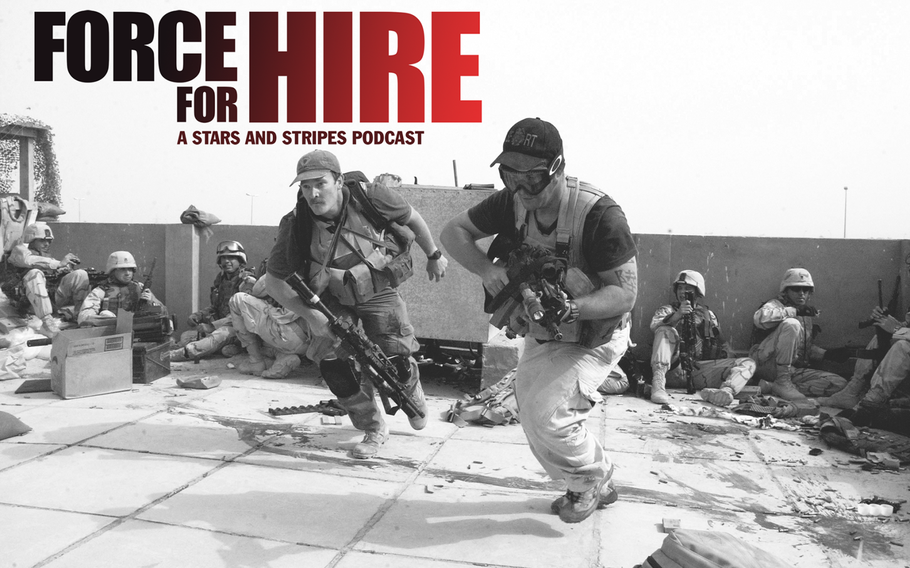 Plainclothes contractors working for Blackwater USA take part in a firefight as Iraqi demonstrators loyal to Muqtada Al Sadr attempt to advance on a facility being defended by U.S. and Spanish soldiers, in the Iraqi city of Najaf, April 4, 2004. (Gervasio Sanchez/AP)

Blackwater. Even though the name hasn’t been in official use for almost a decade, it remains synonymous with private military contracting.

For some, the name of this former contracting agency brings to mind the darkest days of the Iraq War. Most infamous is the 2007 massacre at Nisour Square, in which Blackwater Worldwide employees were charged with killing more than a dozen unarmed Iraqi civilians. That was just one of several cases of misconduct levied at Blackwater throughout the years.

The name became so politically inconvenient that Blackwater Worldwide was rebranded in 2009 as Xe and then again to Academi LLC. Along the way, it switched hands from founders former Navy SEAL Erik Prince and Al Clark to a venture capital firm that eventually merged it with Triple Canopy under the Constellis Group umbrella.

However, Blackwater means something else to some of the men and women deployed to Iraq during its bloodiest years. Blackwater guards protected the U.S. Embassy in Baghdad and were often tasked with providing security for senior officials and diplomats. It was the death of four Blackwater contractors that sparked the first battle of Fallujah, in part to apprehend the killers.

Even though the name is relegated to history, Blackwater remains the first thought that springs to mind when most people think of private military contractors. Prince, now the leader of contracting outfit Frontier Services Group, remains a major player in the PMC world and the successes and failures of Blackwater have helped shape U.S. foreign policy.

In this episode of Force for Hire, we’re talking to Deborah Avant, a professor at the Josef Korbel School of International Studies at the University of Denver about the history of Blackwater and its impact.

We’re also welcoming back Sean McFate, a former self-described mercenary and professor of strategy at the National Defense University and Georgetown University to get his views on the private military contractors that created more headlines than any other.