The Out of Uniform video series, presented by Stars and Stripes, focuses on views from the homefront and changing military life.

This installment is about challenges that military families face, including moving, deployments, family changes and more. Other installments of our series include:

Episode 7: A documentary tells the story of one couple’s journey during the “don’t ask, don’t tell” era.

Episode 8: This segment shines a spotlight on an organization that helps kids of service members meet their learning goals. 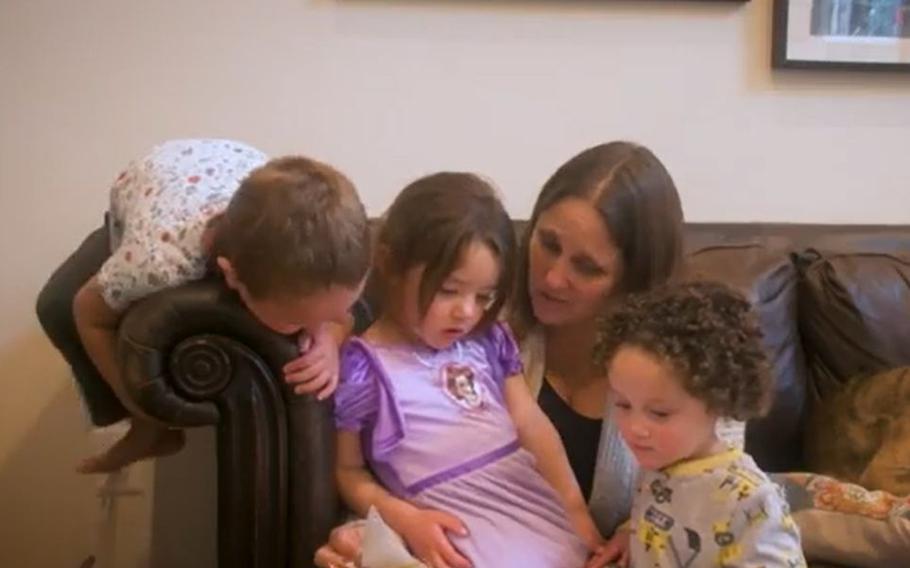 A military family featured in the first episode of the Out of Uniform video series reads a book. (Stars and Stripes)