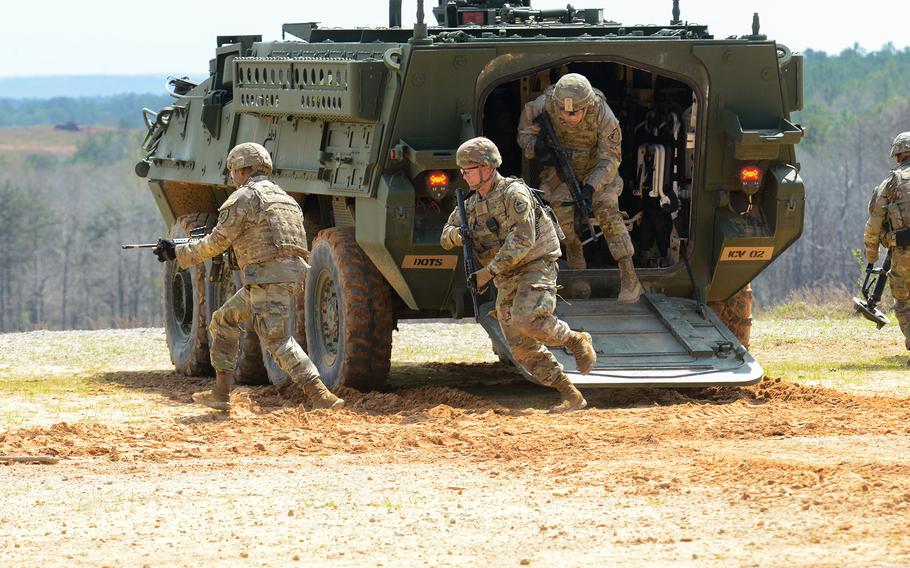 U.S. soldiers with Fort Benning’s 316th Cavalry Brigade exit a Stryker during a live-fire demonstration March 24, 2022, at the Georgia installation for top African military leaders during the U.S. Army’s African Land Forces Summit. The week-long summit, held for the first time in the United States, was meant to strengthen U.S. military ties with allied and partnered nations across Africa, officials said. (Corey Dickstein/Stars and Stripes)