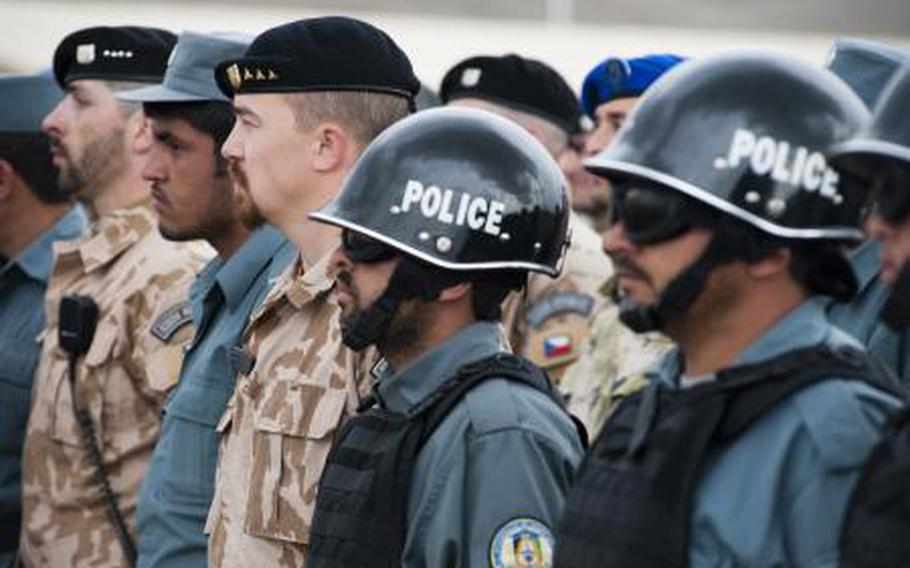 Afghan police claim that U.S. soldiers fired on them for no reason, killing four officers and wounding two others in southern Afghanistan&rsquo;s Arghandab Valley, according to a report in The New York Times.

There have been dozens of cases of Afghan soldiers firing on members of the NATO-led military coalition, but reports of NATO soldiers firing on Afghan soldiers are rare, the Times reports. American and NATO officials haven't released details of the Tuesday shooting, which took place at a police checkpoint outside Combat Outpost Tynes, in the volatile Arghandab district of Kandahar province.

In interviews at a military hospital in Kandahar on Thursday, the two wounded officers gave nearly identical accounts of the shooting, the Times said, noting that the officers were interviewed separately.

They said an American captain and his men were visiting the checkpoint to discuss security there. The police commander and the U.S. captain were having tea in the courtyard when suddenly, gunfire sounded in the distance.

Perhaps spooked by the gunfire, one wounded officer said, a U.S. soldier sitting next to the captain began firing, the Times reports. The others followed.

One by one, the police officers fell.