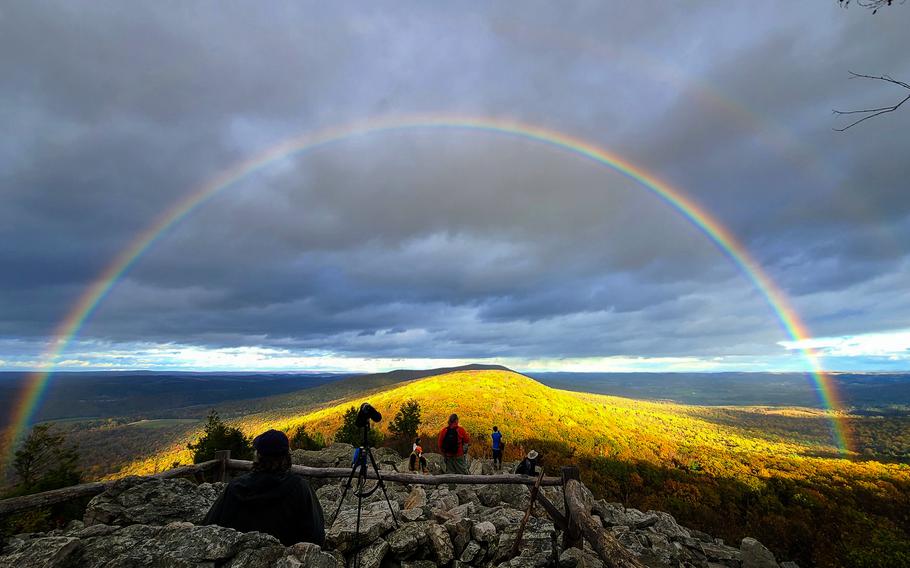 The fall migration is underway. Every year, billions of birds representing roughly 500 species fly southward to warmer climes along the Atlantic Flyway, a migratory route starting in Greenland and extending down into South America and the Caribbean. Activity in the Mid-Atlantic region peaks in September and October, though flocks of winged travelers continue passing through into the winter. Because many of the birds are not native to the area, this autumnal commute marks a rare chance to see such a wide variety at once.

To get the most out of your birding expedition, you need two pieces of equipment. First, a good pair of binoculars - preferably those with 8x or 10x magnification - from a reputable brand, such as Swarovski Optik, Zeiss or Leica. Next, a guide to help identify the species you're seeing. If you prefer books, "The Sibley Field Guide to Birds of Eastern North America" and the "Kaufman Field Guide to Birds of North America" are both highly esteemed among birders. Beginners may be best served, however, by downloading the Merlin app, developed by the Cornell Lab of Ornithology, which allows users to identify birds by taking a picture or recording a sample of their birdsong. An optional addition to your birding backpack is a camera with a powerful telephoto lens, at least 500mm, for documenting your sightings.

Once you're geared up, here are eight spots spread across the region renowned for their bounty of birds. 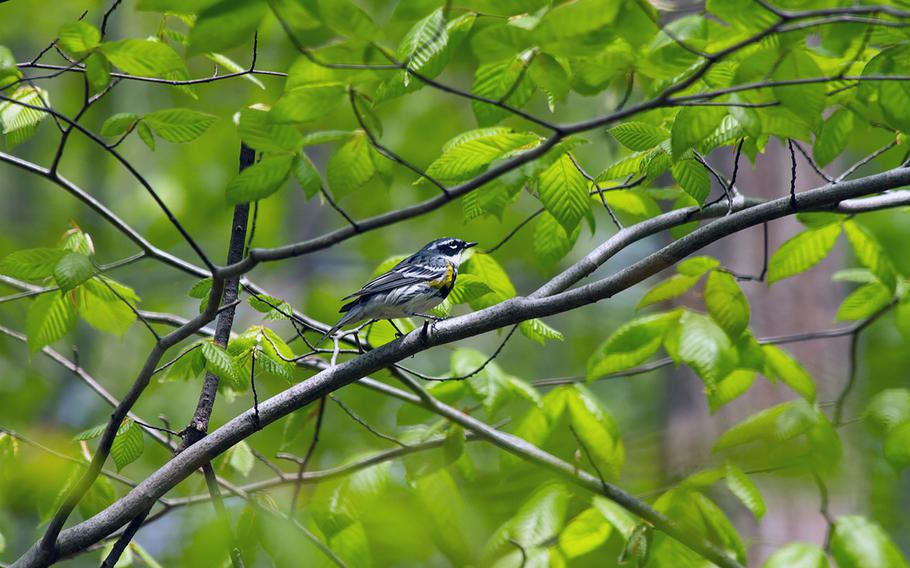 You don't have to travel outside the city to see migrating birds. The large field dominating the corner of Military Road NW and Glover Road NW in the heart of the park is a favored pit stop along the flyway. Expect to spot a variety of warblers - such as yellow-rumped warblers and black-throated blue warblers - as well as a selection of vireos, including red-eyed vireos and blue-headed vireos. Seth Horstmeyer, a D.C.-based bird photographer who posts many of his pictures to his Instagram, @horstmeyerseth, likes the contrast between the grassy expanse and the surrounding woodlands. "There are birds throughout the forest, so the open tree line makes it easier to spot them," he says.

Situated at the top of the Chesapeake Bay, this peninsula juts out between the North East and the Elk rivers. More than 220 species of birds have been recorded there, but bird nerds often go just to see birds of prey. Common sightings include bald eagles, ospreys and a variety of hawks, such as sharp-shinned hawks, cooper's hawks and red-shouldered hawks. If you're lucky, you might spot a golden eagle, northern goshawk, peregrine falcon or a merlin. "People refer to merlins as the Jimmy Cagneys of the falcon world, because they're very pugnacious and they fly very fast," says Marcia Watson, webmaster and editor of the Maryland Ornithological Society's online Birder's Guide to Maryland & DC. "You're never sure you saw one, because it just zips through your field of view."

A verdant blend of wetlands, woodlands and grasslands spread across more than 640 acres and perched at the convergence of the Potomac and Occoquan rivers, this onetime military research facility is a favorite rest stop and habitat for a bounty of birds. (More than 220 species have been recorded there.) Bill Williams, president of the Virginia Society of Ornithology, recommends it for waterfowl and shorebirds, as well as various warblers and vireos. Keep your head on a swivel for a flash of color, and you just might see a yellow-billed cuckoo, green heron or red-headed woodpecker.

This picturesque stretch of the canal is one of Montgomery County's primo birding spots, with more than 270 species documented there. Horstmeyer loves it because the waterway is complemented by the forested banks, so winged commuters have plenty of roosting options. In the fall, there's a chance you'll peep various warblers - including prothonotary warblers, blue-winged warblers and chestnut-sided warblers - alongside waterfowl, such as wood ducks and Canada geese, and a plethora of vireos, such as white-eyed vireos and warbling vireos.

The 1,500-plus-acre park with sprawling wetlands is one of Williams' favorites. From the comfort of the wooden boardwalks weaving across the marshy terrain and an observation tower, birders can spot vireos, sparrows and warblers, as well as raptors, such as red-shouldered hawks and bald eagles. Herons and egrets also come through, so keep your eyes peeled for green herons, little blue herons, great egrets and snowy egrets.

Birders, including Horstmeyer, consider this one of the premier destinations on the East Coast for watching raptors (hawks, eagles, falcons and vultures), which follow mountain ridges as they head south. Roughly 18,000 of the majestic birds pass through the sanctuary every fall, with as many as 3,000 visiting in a single day. Depending on when you go, you can expect to see bald eagles, northern harriers, black vultures or American kestrels. Keep your fingers crossed for a blustery day, because birds will ride the winds from morning till evening, offering visitors lots of chances to marvel. "You go there to see the ponies, but the birds are incredible," says Williams, who recommends traveling to the barrier island to get a glimpse of an array of species - birds of prey, herons, egrets, songbirds and shorebirds - dotted across its sandy beaches, boggy marshes, sweeping grasslands and verdant forests. Along with all your birding equipment, don't forget to pack formidable bug spray, because the mosquitoes here are even more prevalent than the birds.

If raptors get your heart fluttering, Watson recommends this 562-acre park on the Eastern Shore. Located just a few miles from the northern end of the Chesapeake Bay Bridge-Tunnel and opening onto the bay, it features an elevated wooden viewing platform to provide an uninhibited view over the treetops. Cooper's hawks, sharp-shinned hawks and broad-winged hawks are commonly seen during the migration period. If you're lucky, you might catch a rare sighting of a swallow-tailed kite, zone-tailed hawk or gyrfalcon.