Part of the traveling Bob Hope exhibit at the National Museum of the United States Army at Fort Belvoir, Va. (Joe Gromelski)

FORT BELVOIR, Va. — For 50 years, as American service members battled the forces of dictators from Hitler to Hussein, they looked forward to the breaks from battle provided by Bob Hope and his entourage of entertainers.

From now through Jan. 27, 2023, the National Museum of the United States Army is honoring the late comedian and actor by hosting a traveling exhibit, “So Ready for Laughter: The Legacy of Bob Hope.” 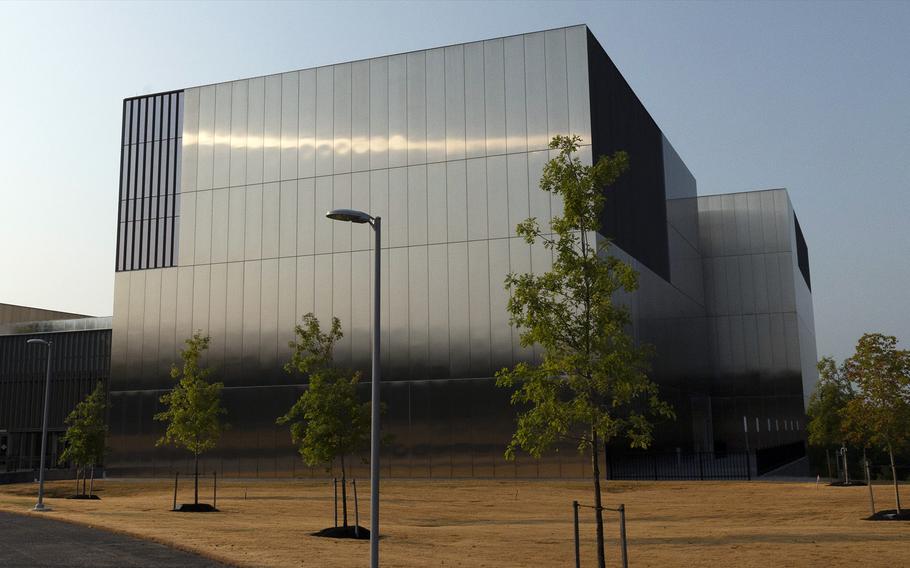 The exhibit, created by the National World War II Museum and supported by the Bob and Dolores Hope Foundation, features numerous mementos from Hope’s tours on behalf of the USO, highlighting the early days of his career as an entertainer of the troops. There’s also a short documentary film.

“The exhibit looks at the service of Bob Hope in entertaining over 11 million troops overseas, from 1941 to 1991,” said Paul Morando, the museum’s chief curator. “From World War II to Desert Storm. He brought a piece of home to these soldiers and airmen and Marines, to give them a break from the daily life of war.

“The artifacts you see (in the exhibit), a lot of them are personal mementoes that he acquired overseas, things that soldiers gave him or other entertainers gave him. But also very personal things, like a (1944) diary where he kept notes about what was happening, trying out jokes, writing ideas, things like that. All that is to kind of highlight his role in entertaining the troops.” 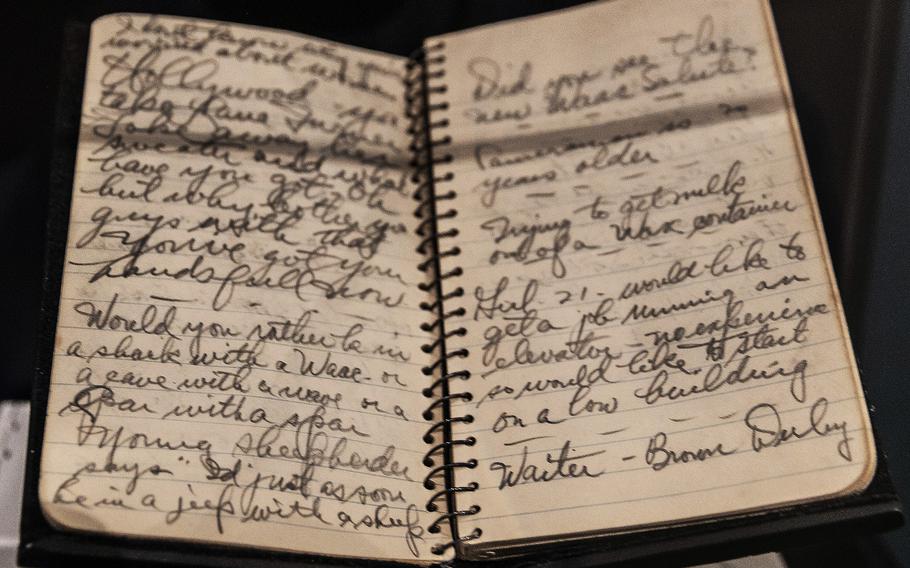 Morando said Hope “understood what (the troops) were going through,” and “it wasn’t just about entertaining for him. You can sing and dance and tell jokes all you want, but if you don’t follow through, visit the hospitals, go in the chow halls, talk to the troops and figure out what makes them tick ... I think he was one of the early pioneers to really focus on that.

“And he was a really charitable individual. I remember a quote by him, I’m paraphrasing a little bit, ‘if you don’t have charity in your heart, you have the worst kind of heart trouble.’ He was essentially a very giving individual, he used his talents, he used his skills as an entertainer to give back.”

Hope, who died in 2003 at age 100, “was bringing a connection with home” during his tours, said museum public affairs officer Susan Smullen. “At that time, particularly in World War II, all you had was a letter. People don’t realize right now how connected we all are, (but) in that period of time there really was not that touch of home. In some cases they said he was able to do for soldiers what family members wished they could have — he was bringing that little touch of home, encouragement, a little break.” 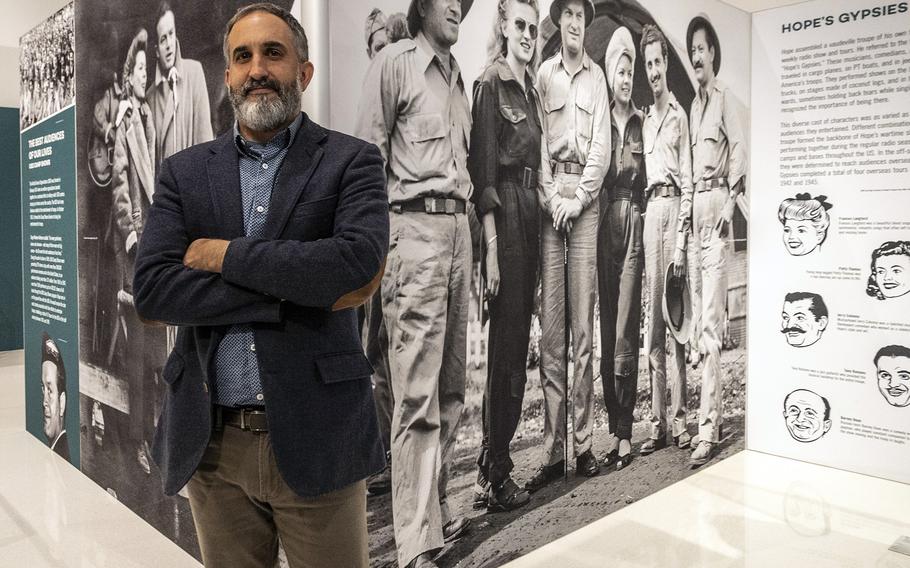 And when Hope’s overseas shows were broadcast to the U.S. on radio and later in television specials, the home front was able “to see that soldiers are laughing, that for a brief moment they can break away from war. That being broadcast back home gives some comfort to the families and friends of those who were overseas,” Morando said.

With a selection of jokes and with help from such top World War II-era entertainers as comedian Jerry Colonna and singer-actress Frances Langford, Hope established the framework for entertaining the troops that carries on nearly 20 years after his death.

The Hope exhibit is just a start, said Morando. 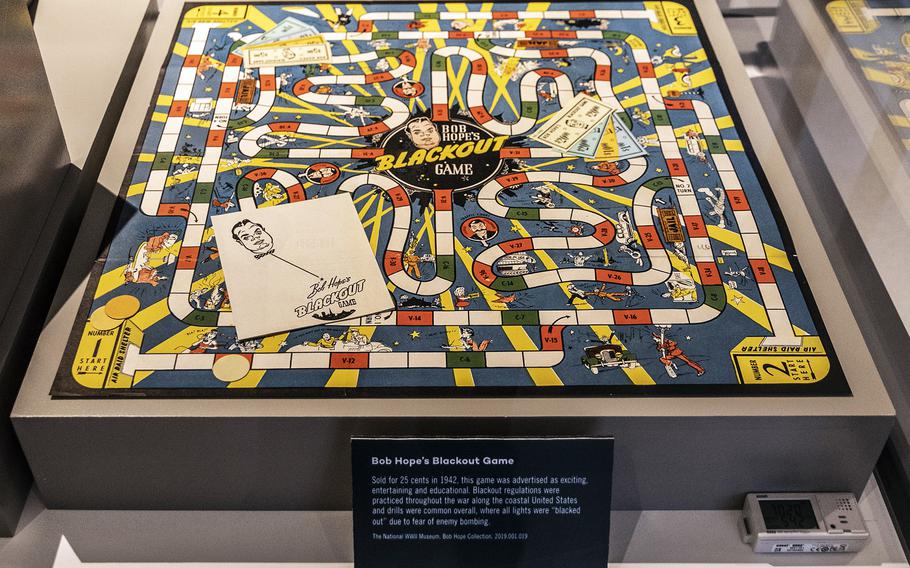 A 1942 Bob Hope-themed board game on display at the National Museum of the United States Army focuses on the blackouts that were in place in American cities to guard against air raids. (Joe Gromelski)

“We’re going to bring in more traveling exhibits, up until mid-2024,” he said. “And all of that’s going to culminate with our major blockbuster exhibit, the 250th (anniversary) commemoration of the American Revolution. This entire (special gallery) space — 5,000 square feet — will be dedicated to the Revolutionary War. We’ll have some rare artifacts that tell the soldiers’ story, the soldiers’ experience.”

And Smullen pointed out that the soldiers’ experience, a big part of the Hope exhibit, is central to the museum itself.

“We created the museum and the story line based around the perspective of the ‘every’ soldier,” she said “It’s a very relatable museum. There are names here that you recognize, famous names, of course. Those stories are here. But really, the majority of the soldier stories that are shared in this museum are names you haven’t heard before or seen in your history books. That’s intentional — to make it relatable, and (tell) the story of the ‘every’ soldier.

“What we had hoped, and I think what we’re seeing come to fruition, is that a visitor can come here and whether they have an affiliation with the military or not, they find a story they can relate to.” 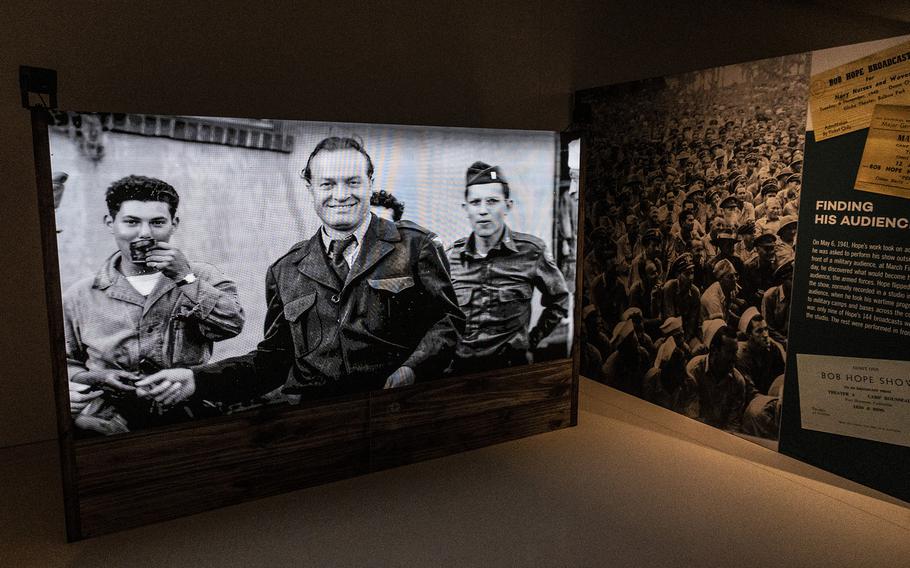 A documentary plays on a large screen at the Bob Hope exhibit at the National Museum of the United States Army at Fort Belvoir, Va. (Joe Gromelski) 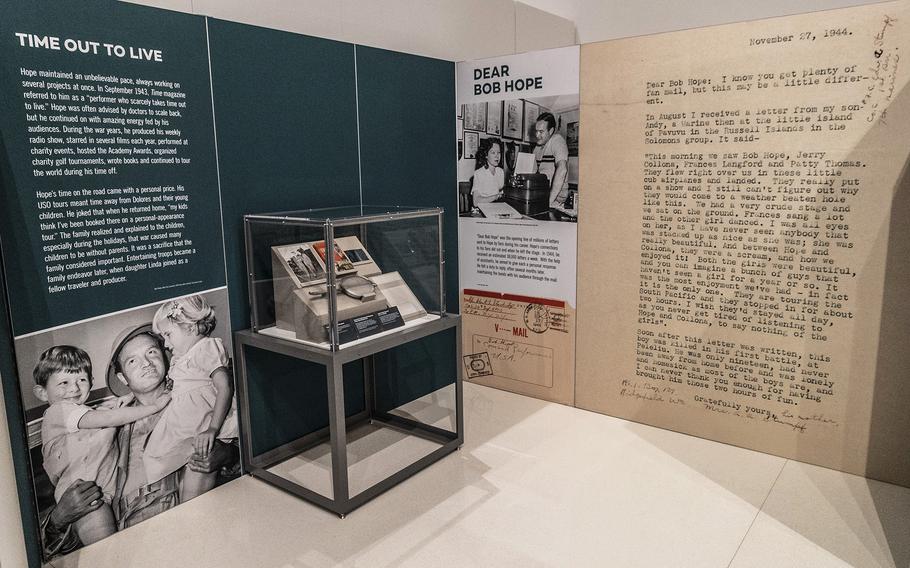 Part of the Bob Hope traveling exhibit at the National Museum of the United States Army. (Joe Gromelski) 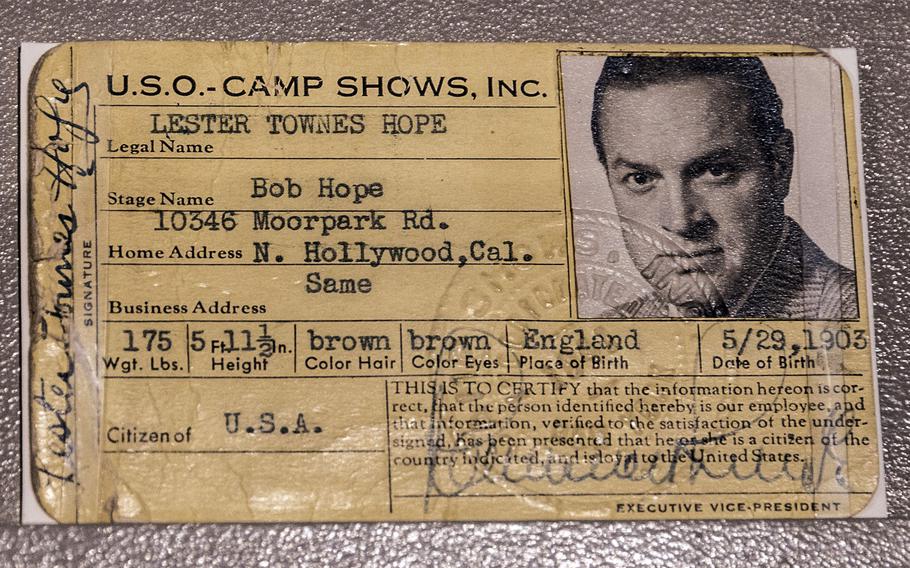 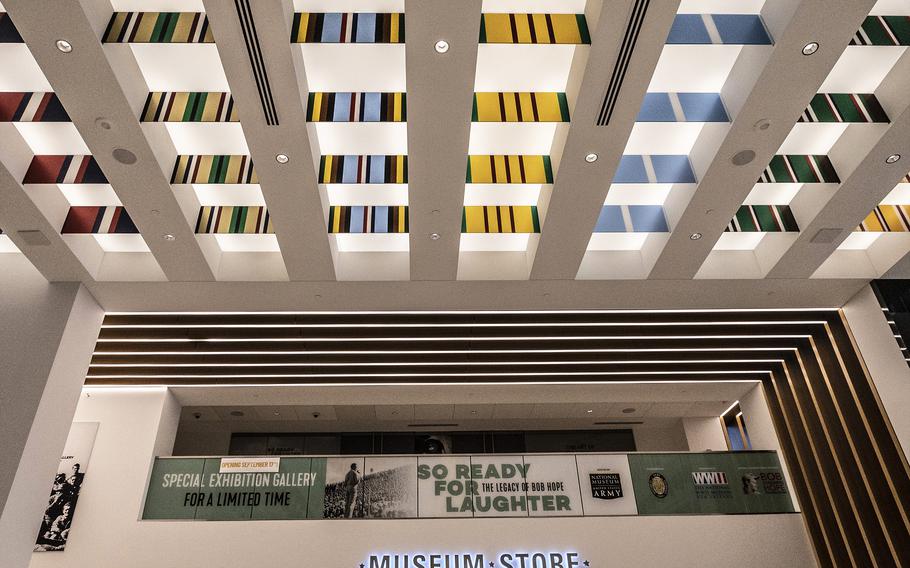