‘That’s not in my spending plan’ 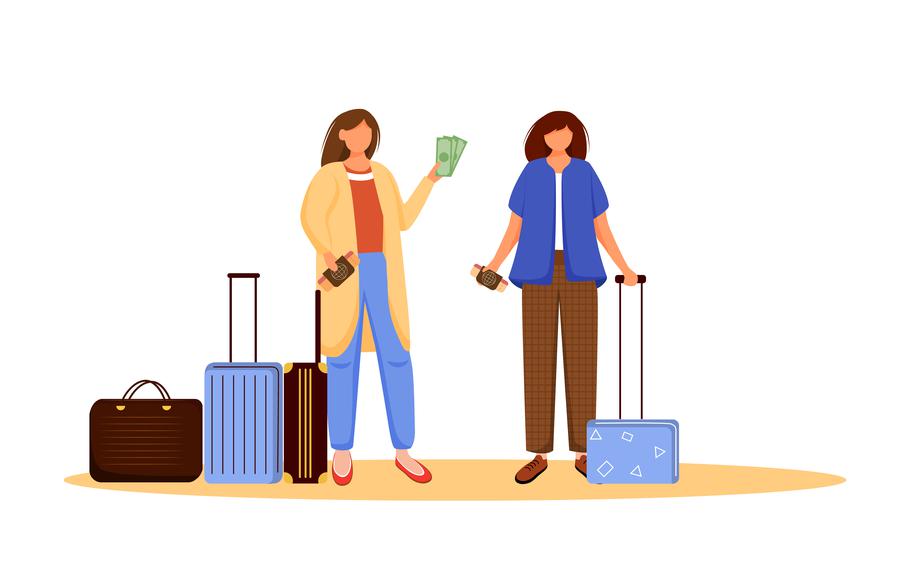 Hey, remember that Palm Springs trip your friends always talk about taking but never put on the calendar? It's actually happening. And while that upscale hotel sounded divine over 1 a.m. nachos, some people are worried for their wallets now that trip planning has truly begun.

Varying expectations kill weekend trips. Different income levels, spontaneous add-on activities and not budgeting add stress to what's supposed to be a fun getaway. Yet we tend to avoid financial conversations with friends because they're uncomfortable, even though they'd make everyone more comfortable in the long run.

"We really can't talk about money without talking about the emotions of money," says Becky White, founder and chief executive of Los Angeles-based Root to Rise Therapy. "A lot of people aren't used to being upfront about where they're at and what they can budget for, and the fact that we're all in really different places."

While you don't need to pass around your paychecks, it's helpful to gauge how much each person on the trip is willing to spend. White recommends changing the language we use to discuss money: Instead of saying, "I can't afford that," try, "That's not in my spending plan." This switch shifts the focus to what you're willing to spend rather than what you can spend.

Keep in mind that finances are just the tip of the iceberg, says Gitu Bhatia, who has a doctorate of psychology and practices in Los Angeles. The discomfort wrapped up in talking about money isn't often about money itself — it's about the power struggles that come with it.

"It's the other stuff: How people have grown up, what their family's attitude towards money is. All of those things are not apparent to most of us," Bhatia says. "Even within relationships, one person has more ease of spending money, another person may have a lot of fear attached to money. So there's deeper things that sometimes get touched on without people being aware."

A vacation with friends is a lifelong memory at best and severs relationships at worst. To keep your time together as stress-free as possible, try these financial tips:

Are you staying at a high-end bungalow or cramming into the cheapest Motel 6 you can find? What activities are you doing? How much are you willing to spend on dinner? Some may be able to pull off spur-of-the-moment Vegas trips, but don't assume everyone can. Talk about these factors in advance.

While we often want to be spontaneous, planning ahead gives friends time to budget, says Flynanced founder Cinneah El-Amin, who teaches working women how to build wealth and save for travel. El-Amin notes that not everyone has disposable income to spend on an Airbnb or flights right away, so time is essential.

The biggest challenge often is getting on the same page about expectations and finding ways to merge the desires of luxury and budget travelers.

In some cases, a friend might offer to cover another's cost. This can provide a sense of relief but also shift the power dynamic, Bhatia says. "There are times that things will be easier for you, and sometimes it might not be as easy for me. So this time, it's my turn to pitch in, and next time, maybe you can pitch in."

If you offer to help a friend pay for a trip and they accept, swiftly follow up with the payment. It's uncomfortable for a friend to have to ask for the money afterward, White notes.

Decide who's booking everything — and make sure they're paid back

Someone has to risk putting down their credit card for the hotel. If that's you, El-Amin suggests waiting until you receive deposits from everyone else.

Once you agree on dates and pick lodging, give the group a deadline for payments. Once everyone has paid, then go ahead and book on your card. That way, you're not left in a financially dire situation if friends bail — and people are more likely to commit to something they paid for. "If you're going to put down this deposit, that really means that you're serious about this trip," El-Amin says.

Beyond lodging, other costs can snowball throughout the trip. Activities and meals often are put on one person's card, which can become hard to keep track of, especially if different people pay for each event (then there's the hassle of saving receipts). El-Amin and White both recommend apps like Splitwise, which helps log and divide payments between the whole group or specific members.

"That has been a huge lifesaver, especially amongst friend-group trips, because then there's so much transparency around what people owe," El-Amin says. "And there's not that awkward conversation after a trip being like, 'Hey, girl, you still owe me for this.'" Integrate settling up into your departure day so that loose ends are tied up before everyone heads home.

Don't be afraid to split up

White remembers splitting the bill at a pricier-than-expected dinner and the sadness she felt about how her budget had been blown. While your friends are on a trip together, it's OK to break into smaller groups to better fit one another's budgets.

White advises being clear about your own boundaries. If the group decides to switch plans and splurge on fancy dining, especially while splitting the bill, others can try a cheaper restaurant. Don't be afraid to do your own thing.

Mix in group activities or meals that everyone is comfortable with, White says.

"It's so important to honor what it is you want to get out of your vacation and then have a lot of flexibility and patience for what other people's needs might be," she says.

Stick to your budget

In her early 20s, El-Amin, now 28, used to travel spontaneously without knowing how she'd pay for it, but it led her into debt. Then she created a separate bank account where she'd deposit a bit of each paycheck to build up travel funds.

"Whether or not I have a trip that I'm actively planning, I'm still making sure that a portion of my paycheck is going towards saving for travel. I can take advantage when friends reach out to me or I see flight deals at a really cool place, I already know that I have the money," El-Amin says.

When all else fails, stay level-headed

It's important to keep communicating every step of the way. Rising tensions may be due to issues building up over more than just money (like who got which room in the Airbnb or didn't clean up after breakfast).

"Oftentimes, if there is an emotional reaction to something, it's not just about one thing," Bhatia says. "It could be about relationship issues that have come up before and may be a displaced reaction. They may be upset about something else, but that will be the one thing that they might focus on and the reason they got angry or upset."

Bhatia recommends building in time for rest as well as active communication. "Talking things through makes for a better outing."