4 spots where your kids can pretend they're in Jurassic Park 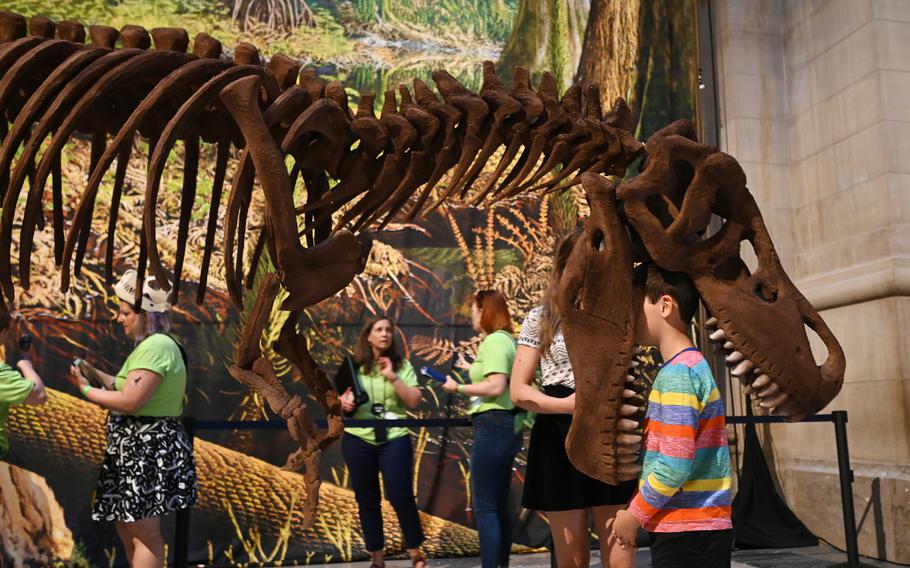 A boy looks inside the jaws of Mr. Bones the Tyrannosaurus rex before the official opening of the fossil hall at the National Museum of Natural History in June 2019. (Marvin Joseph/The Washington Post)

It's pretty obvious if your kid is a dinosaur fan. At bath time, they line the rim of the tub with legions of little plastic creatures. They watch anything with "Jurassic" in the title over and over and over again. And they will randomly drop deep knowledge about Tyrannosaurus rex, stegosaurus and triceratops that will blow your mind. (Where did they learn everything? How did they remember all that information? How is it possible they are so young and already so much smarter than me?)

Help your budding paleontologist indulge that love of the legendary leviathans by visiting these attractions.

The David H. Koch Hall of Fossils at the Smithsonian National Museum of Natural History

The sprawling "Deep Time" exhibition urges visitors to rethink their conception of dinosaurs. "They mostly didn't run around screaming and killing each other all day long, but you get a sense in movies and elsewhere it was a battle royal every minute of the day," says Matthew Carrano, curator of dinosauria (best job title ever?) at the Smithsonian National Museum of Natural History. "This exhibit contextualizes dinosaurs within the story of life on Earth from its origins to today and tells the story of why this is important." Expect to find over 700 fossil specimens, including a T. rex, woolly mammoth and American mastodon. Look for info-rich deep dives throughout the 31,000-square-foot exhibit, including how the prehistoric creatures chewed their food and how birds evolved from them. One of the highlights is the opportunity to watch scientists working on fossils, including a live view of what they're seeing underneath their microscopes. 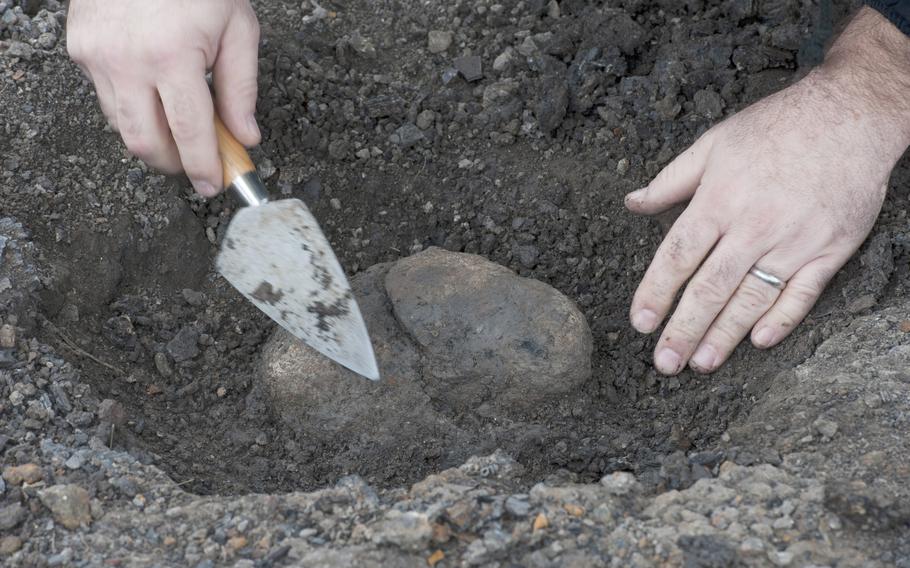 Have you ever wanted to pretend you were Jurassic Park's Alan Grant by hunting for dinosaur bones? Now you can, twice a month, in Laurel, Md., at this publicly accessible fossil site, aged somewhere between 112 million and 115 million years old. After a 15-minute orientation, you'll walk across a marked-off area, looking on the ground for fossils that are naturally exposed by rain and the elements. Over 3,000 have been found. Many of the best specimens were discovered by small children since they are close to the ground and generally have good eyesight. At a recent dig, a 5-year-old found a giant crocodile tooth. The park keeps all finds, but the discoverer is credited. "There are fossils from this area going back to the 1800s, and the names of their collectors are with those fossils to this day," says John-Paul Hodnett, Dinosaur Park's paleontologist and program coordinator. "They become a piece of history, too." After the hunt, kids can clamber on the sculptures of a T. rex skeleton and dinosaur eggs in the park's play area. 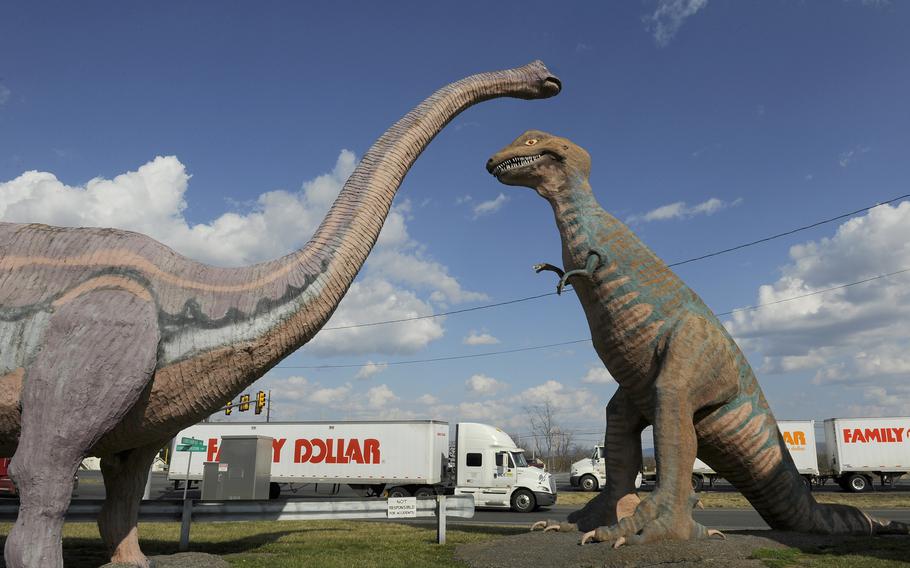 There's no missing this kitschy roadside attraction in Clarke County, Va., home to more than 50 giant fiberglass dinosaur statues. The figures don't look at all real, but that's part of the cheese ball charm of the quirky theme park. Dinosaur Land began as a mere gift shop in the early 1960s, but while owner Joseph Geraci was vacationing in Florida, he saw dinosaur statues at a mini golf course. The handmade beasts seemed like just the thing to draw visitors to his shop, so he commissioned five from the artist, Jim Sidwell, who crafted a number more until Mark Kline of Lexington, Va., took over dino-making duties. Come prepared to take lots of selfies with the Jurassic creatures, so you can act like you're starring in an old-school B-movie. (Just don't pretend to ride any of the dinosaurs - climbing on the statues isn't allowed.) The gift shop component of the enterprise endures, so you can stock up on dinosaur-related tchotchkes before you head home.

The Museum of Culpeper History

Over 215 million years ago, the area that is now Culpeper, Va., was on the shores of a gigantic freshwater lake where dinosaurs came to drink. The prehistoric creatures left their footprints in the mud, where they eventually became fossils. In 1989, nearly 5,000 fossilized tracks were discovered (the largest find of its kind at that time), mostly from Anchisauripus parallellus, a four-legged carnivore and raptor ancestor. The museum's gallery exhibit features a pair of those tracks accompanied by the stories of how they got there and were discovered, along with other fossils from the same time period discovered elsewhere. John Christiansen, executive director of the museum, stresses that our understanding of dinosaurs is in a constant process of evolution and change. "We tend to think with science and history, the things we learn are hard truths that are always going to be the case," he says, "but these things are subject to change due to new discoveries or understandings." Every year, the museum hosts a Dino Walk at nearby Luck Stone Quarry, where the dinosaur tracks were discovered, so visitors can get up close and personal with them. (Buy your tickets early, as they go quickly; this year's event on Sept. 24 is already sold out.)