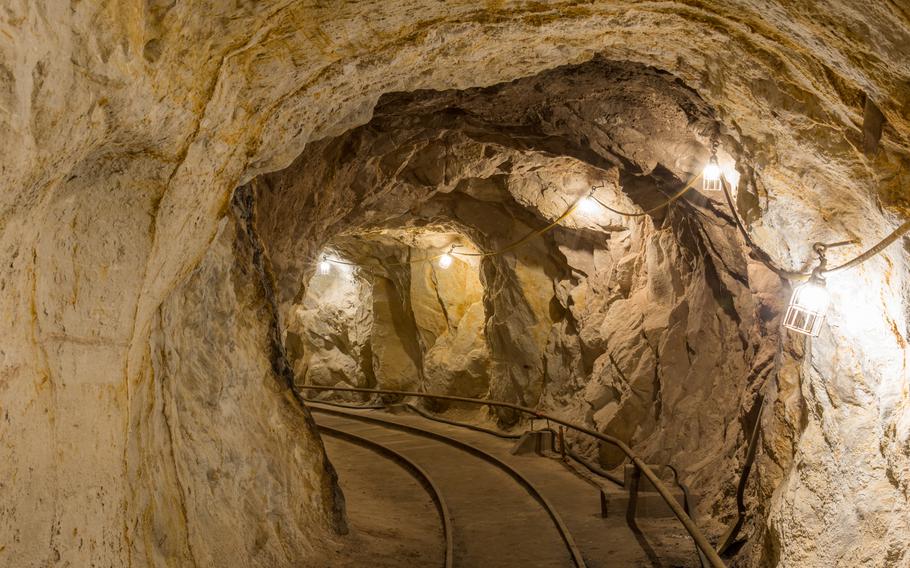 The Bay Area’s Black Diamond Mines Regional Preserve once teemed with people, residents of five bustling towns that sprang up after coal was discovered here in 1859. (Dreamstime/TNS)

In some parts of the Bay Area, ghosts still exist, if you can conjure them.

All you need are waypoints to a vanished time — decaying old buildings, a tombstone or two, a little history and a few old photos — and your imagination. You’ll find those spirits from the past in surprising locations — amid rolling hills in a lovely East Bay valley, for example, or on a muddy island at the south end of the bay.

Black Diamond Mines Regional Preserve lies on the southwest edge of Antioch. Today this parkland is an expanse of grassy green splendor, but the area once teemed with people, residents of five bustling towns that sprang up after coal was discovered here in 1859.

The Mount Diablo Coal Field was the state’s largest coal-mining district from 1860 until 1914, powering California’s post-Gold Rush growth. This area, which was originally inhabited by three Miwok-speaking indigenous tribes, was taken over by Spanish, Mexican and American settlers in the late 1700s as ranch land. A century later, a settler named William Israel discovered a coal seam. Miners began tunneling into the earth to harvest the “black diamonds.”

The towns of Nortonville, Somersville, Stewartville, West Hartley and Judsonville were built around a dozen of those mines. Men and boys dug deep, the grimy fruits of their labor sent by rail and ship to San Francisco, Sacramento and Stockton. Horrific deaths occurred with regularity along the hundreds of miles of underground workings. Tunnels collapsed, methane gas and coal dust exploded. But it wasn’t until the coal seam petered out that residents packed up their belongings and left.

Fascinating artifacts of a lost time remain amid the nearly 9,000 acres of stunning parkland. Hiking and cycling trails wind through oak groves and meadows cut by wildlife trails and overseen by hawks and vultures. And whether you’re walking, hiking or cycling, one particular route offers plenty of options for length — one to seven miles and difficulty — allowing you the history-based adventure of your choice, plus ghosts a-plenty.

The journey starts at an old mine works with an explosive and tragic history, stops at a graveyard with views to die for, passes through the site of the coal district’s biggest town and mine and delivers you to the quite peculiar residence of a phantom named Jim. Along the way, signs offer photos and information to help your imagination populate these long-gone dwellings.

The past hits you almost upon arrival. On the right side of the parking lot as you drive in, you’ll see a pit and the top of the Independent Mine, where men and boys went down (and sometimes never came up) and coal was hoisted to the surface. Two feet of concrete cap the opening. Below it, an open shaft plunges 700 feet into the earth. Beside the pit are remnants of the steam-driven hoisting works, including the bolts that held down a boiler that blew up in 1873, killing two men and hurling debris more than a quarter mile.

Head half a mile up the broad Nortonville Trail through a gorgeous valley to the Rose Hill Cemetery. On this gentle slope with splendid, expansive views lies proof that toiling in the mines was life-threatening — and so was everyday living. Diseases stole souls at every age: scarlet fever, smallpox, diphtheria, typhoid. Above-ground accidents were common, too. The folks who lie below the cypress spires and pepper trees met their ends as far back as 1865. In addition to the 200-plus graves, Rose Hill boasts one very special ghost. And 142 years after her death in a horse-and-buggy crash, she’s still the talk of the neighborhood.

Some call Sarah Norton the “White Witch” and claim she haunts the area, a pale apparition still floating around nearly a century and a half after she breathed her last.

In reality, according to the historical record, Norton was a Canadian immigrant who practiced midwifery, not witchcraft, and died at 68 while traveling to do her life-giving, life-saving work.

“We find the name ‘White Witch’ for her disrespectful,” says student interpretive aide Miranda Shuba, while greeting preserve visitors on a recent afternoon. “When people ask about the ‘White Witch,’ we give them the backstory. She helped deliver hundreds of children and never lost one, not the mother or the baby. If Sarah Norton was next to you at your birth, everything was going to be OK.”

You can find Norton’s tombstone and those of other notables using the cemetery’s handy graves map. Diablo Valley College student Marri Williams, working on a history project while visiting the preserve with her father, said she had a particular interest in Norton.

Wander around, and you’ll find fragmented windows into many lives. There’s Ruth, identified on her broken marker as “Wife of Jacob French” — she died at 81 in 1874. There’s a single stone for the two Jewett brothers, Walter and Milton, dead in their teens five years apart. And Susan, who met her end in 1880, was “aged 6 years 7 mos. 28 days.” There’s Annie Spowart — she didn’t see 12, but her father, David, placed her for eternity beneath a marble slab calling her “the darling of my heart.” Not far away, a plaque tells of the demise of three young Welshmen in an 1876 mine accident.

Sarah Norton’s marker stands upright, bearing her son’s lament for the loss of “one who was so kind.”

You can stop here or continue up the Nortonville Trail over a low saddle and down a steep slope to Nortonville, the metropolis of the Diablo Valley Coal Fields. Founded by Sarah Norton’s husband, Noah, it had more than 1,000 residents in its glory days, with a school, stores, churches, hotel and saloons.

To see what brought them there — the women and girls in their long dresses, the broad-shouldered miners in vests, dungarees and heavy coats, the boys nearly identical down to the occasional suspenders or overalls — ascend the Black Diamond Trail to where massive, broken brick walls up to 5 feet thick still stand at the entrance to the Black Diamond Shaft, the largest mine in the region. More than 1.5 million tons of coal were dug up for two decades, starting in the early 1860s. Shards and chunks of coal still carpet portions of the mine’s tailings piles.

If your legs and schedule allow, proceed up Black Diamond Trail to a paved road that will bring you to the remarkable cave home known as “Jim’s Place.” This single-room abode was carved into sandstone by a person or persons unknown, but is believed to date from coal-mining times. According to the park district, no one seems to know who Jim was, but whoever dug the home out of solid sandstone took care to carve out a fire nook and bore a chimney hole and skylight through to the outside. Old Jim is (probably) long gone, but you can look out the skylight and take in his view.

If you’re up for it, taking the pavement up a steep mile or so to the continuation of the Black Diamond Trail will grant you a vista-filled descent through classic East Bay grasslands and oak forest. You’ll rejoin the Nortonville Trail just above the cemetery. No matter which way you return to your starting point, when you pass Rose Hill on the home stretch, wave goodbye to the spirits you met along the way.

Getting here: Set your navigation app for 5175 Somerville Road, Antioch, to reach this East Bay Regional Parks preserve. Hours vary by season, but the Black Diamond Mines park gates are open from 8 a.m. to 6 p.m. through March 13, with later closing hours as we move into spring and summer. Parking is $5 on weekends and some holidays. Dogs are $2 each. Find details, including trail maps, at www.ebparks.org.

Where to eat: Just outside the preserve, Kabul Restaurant and Market offers savory Afghan delicacies perfect for a picnic in the preserve or a post-hike meal in the carpet-stacked dining room decorated with posters of Afghan life. Delicious rice-and-lamb qaubili palau or mantoo beef dumplings can be ready in five minutes; chicken, beef or lamb kabob plates take 15 minutes, as does the calzonelike leek-and-potato bolani, ideal for stashing in a day pack.

Just need snacks? Grab some organic, dried, Afghanistan-grown mulberries, locally made Afghan-style candied almonds and some California-grown walnuts from the market’s aisles for a DIY trail mix. You’ll find sodas, yogurt drinks, exotic juice drinks and water in the coolers. The eatery is open from 9 a.m. to 7 p.m. daily at 2521 San Jose Drive in Antioch.