The new Disney World hacks: how to skip lines and meet Mickey 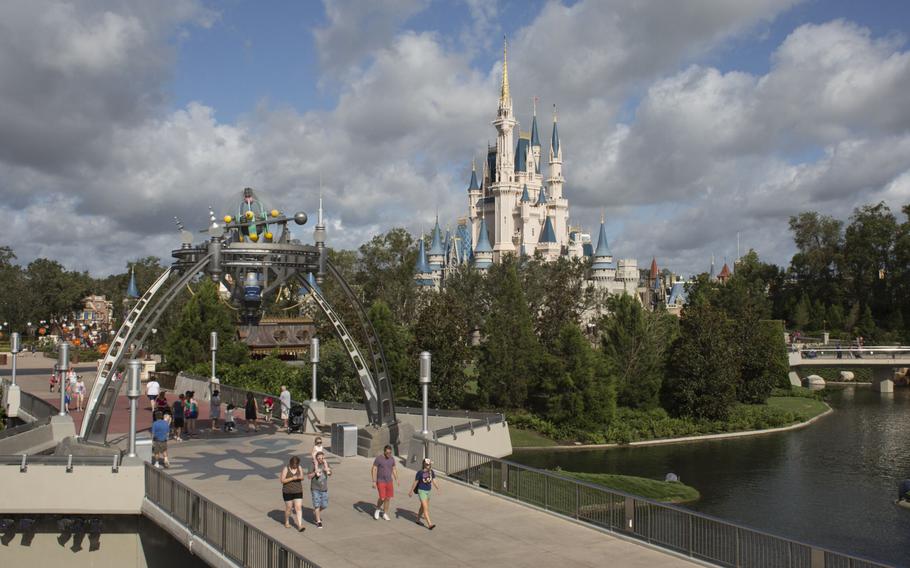 At Walt Disney World, the kids can’t hug Mickey and Minnie these days. Instead, because of the ongoing pandemic, they wave to them on parade floats and balconies. One water park, Typhoon Lagoon, has yet to reopen, along with attractions such as Disney’s Festival of Fantasy parade and a half-dozen shows. Even the way you wait in line-or skip it-will evolve this fall, as FastPass+ is being phased out in favor of a paid digital system called Disney Genie+ for expediting entry at popular rides.

None of this has stopped the crowds from returning. In the third quarter of 2021, Disney’s theme park division turned a profit for the first time since the start of the pandemic. Chief Executive Officer Bob Chapek says the parks are welcoming the maximum number of visitors allowed by capacity restrictions. That demand is only set to rise further, now that Disney World kicked off an 18-month celebration of its 50th anniversary on Oct. 1. VIP offerings are therefore harder to procure than ever. If you’re planning your visit with an eye to luxury, here are some workarounds to ensure you can still cut lines and greet princesses, without a hitch.

Wanna hang with Goofy? Head to the Four Seasons.

Your best chance at meeting a favorite character won’t be in the park. It’s at Ravello, the airy first-floor Italian restaurant at the Four Seasons Resort Orlando, located right outside the Magic Kingdom’s gates but within the Walt Disney World Resort complex. For its prix fixe Good Morning Breakfasts every Thursday and Saturday, the spot is staffed by friendly servers bearing bagels with house-smoked salmon. Mickey and Minnie’s crew are also there strolling through to offer socially distanced photo ops for each family. (Brunch is $48 for adults, $28 for children; reservations are required.) It’s a better choice than the character meals at Disney’s half-dozen official venues, which offer more basic breakfast fare. Can’t snag a reservation? The hotel can arrange a private meet-and-greet event, which runs about $7,500.

Trying to plan one nice meal together? Bypass the classic restaurants.

There are plenty of places to have a knockout meal at Walt Disney World: Takumi-Tei’s omakase menu in Epcot’s Japan Pavilion and gastronomic crown jewel Victoria & Albert’s at the Grand Floridian Resort & Spa come to mind. But they and others have remained closed in the 14 months since the parks reopened. Thankfully, notable newcomers include Topolino’s Terrace, which serves fresh seafood and pastas at the Riviera Resort, and Steakhouse 71, which mixes a traditionally indulgent menu with a family-friendly atmosphere at the Contemporary Resort. California Grill, sitting atop that iconic A-frame building, is also reinventing dishes from its first menu-such as duck à l’orange pizza-for a 50th anniversary throwback.

Trying to avoid long waits? Get a line-cutting concierge.

Private VIP tours that whisk guests directly onto rides with the help of a knowledgeable guide are a mainstay among well-heeled travelers. And for good reason: For about $4,500 these experts play fixer for the day, handling every detail from chauffeured transportation (along out-of-sight routes) between parks to securing viewing spots for fireworks shows such as Harmonious, a new multilingual spectacle at Epcot.

No surprise, they’re very much in demand amid COVID-19. Reservations must be made by phone (407 560-4033), starting 60 days before arrival; set a reminder to book as soon as slots open at 9 a.m. local time, or you may wind up with a gourd instead of a golden carriage.

There’s one other back channel to getting in-park assistance. Although Disney hotels don’t offer traditional concierges, guests in certain room types - club-level, suites, and select top-tier villas - are given complimentary access to Disney Signature Services, which guides you through all advanced bookings, dining reservations, and park plans. Given the operational changes on the way with the introduction of Disney Genie+, this will be more helpful than ever. Instead of planning the next day’s schedule of rides, you can take a late-night soak in your hot tub, a perk in the fancy two-bedroom cabins at Disney’s Wilderness Lodge, or kick back in a waterfront bungalow with Cinderella Castle views at the Polynesian Resort.

Looking to be chauffeured? Think outside the bus.

Communal buses, though not glamorous, have long been the most seamless form of Disney transportation. But the red-polka-dotted “Minnie Vans” that used to privately take families to the parks, hotels, and even the airport haven’t yet returned. What’s more, Disney’s Magical Express complimentary airport shuttle is being phased out in early 2022.

If you’re driving yourself, opt for preferred parking, which shortcuts the long walk to the front gate. Costing $45 to $50 a day - about $20 more than standard parking - it will smooth out the hectic early-morning and late-evening rush. Ride-sharing apps such as Lyft and Uber are also an option; they have clear pickup points in convenient spots, with rides between hotels and parks usually topping out around $15.

That said, eliminating the airport bus is likely to spur demand for these apps come January - making local black-car outfits such as Mears Luxe a valuable addition to your contact list (you can dial 407 422-2222 or download the app). Whichever option you choose, remember those comfy shoes: You’re still going to clock your 10,000 daily steps.

Bibbidi Bobbidi Boutique is Disney’s most iconic kids’ salon (yes, that’s a thing), with three locations that transform the 3-to-12 set into princesses and knights. While they remain closed, a handful of professionals - ”fairy godmothers,” as the insiders call them - have sprung up to fill the void. My Magical Makeover, Have Wand and Will Travel, and Sharon Judy can give young ones a Disney-inspired look in the comfort of your hotel room (starting at around $100), and Your Fairy Godmother’s ornate dress rentals ($60 to $130) make for picture-perfect memories.

Or just itching to stay in and order room service? Turn to local apps.

Disney’s resorts don’t contain any minibars, and because of ongoing pandemic protocols, the only one currently offering room service is the Grand Floridian Resort & Spa, so plan ahead for any post-park hunger if you’re staying on property. Food delivery apps aren’t the best solution, either: They’ve been known to show listings from inaccessible park restaurants, resulting in orders that disappear at the last minute, which no parent of hungry kids wants to face. But three reliable (and good) options are Earl of Sandwich, Chicken Guy!, and D-Luxe Burger.