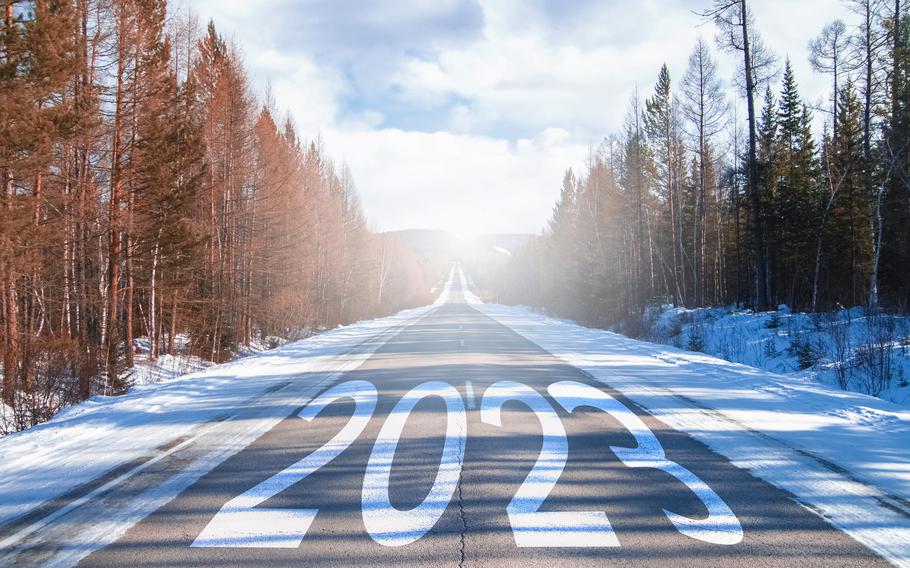 “So, Anna, what are your resolutions for 2023?” I asked my 24-year-old daughter while driving her back to New York City after her visit home.

“I didn’t really make resolutions,” she replied curtly. I knew this wasn’t true. Anna was impishly making me work for conversation. She’d likely made several very specific and elaborate resolutions for 2023. She’d always been a planner. As a child, she would fill small spiral notebooks with scribbled to do lists, garment sketches, redecorating plans, you name it. I’d squirreled every notebook away in her memory boxes, revisiting them every so often.

“Rules for Secret Club House,” another read, penned by my diplomatic but bossy middle child, who had appointed herself the leader. Her rules included, “Don’t say bad things,” “Don’t be a litterbug,” “Always be happy,” and “Don’t disobey the leader.” My memories of Anna’s “Ideas for Secret Club House” list elicited a crystal vision of Anna with messy hair zipping around our cul-de-sac on her scooter: “1. Makeovers; 2. Ripstick/bike/rollerskates; 3. Music video; 4. Race downhill on bike; 5. Walk around with crazy sunglasses on.”

While rolling down I-95 in Connecticut, I tried a different approach. “Do you have goals for your fashion brand?” Anna couldn’t resist talking about her work in sustainable fashion design, so that question got her talking. She told me about brand deals, events and projects she had coming up. But when I asked, “Where do you see yourself in five years?” she clammed up again.

With her head down, she said quietly, “I don’t like talking about the future. The unknown stresses me out.”

I was hit with a sudden smack of déjà vu. Her younger sister, Lilly, had said the same thing a few years ago when we were helping her deal with panic disorder during her first year of college. “I hate thinking about the future!” she would cry. Lilly lived happily in the moment, focusing on the fixed people, places and things she could manage. She never made to do lists and hated keeping calendars. College forced her to look into the deep, dark abyss of the future. Unable to cope, she transferred to nursing school where she could plan her future in manageable bites, moving from CNA to RN, to BSN and beyond.

We sat silent for a while, my car inching forward slowly in traffic due to an accident ahead. Anna’s head slumped back. She’d fallen asleep.

I tried to make sense of the realization that live-in-the-moment-Lilly wasn’t our only child to fear the unknown future. Anna, our strict planner, control freak and driven workaholic, did too. But why?

I remembered an entry from Anna’s first day of sixth grade after we’d been stationed overseas: “Being in middle school is not always fun like it sounds. On the first day, I got on the bus at 7:00 a.m. only with one friend. I could hear the loud noises and cussing of the older kids in the back. I felt scared - was I going to turn into them?”

A few pages later, Anna tried to control what lies ahead: “Every night, I pray that everybody would make the right choices. Life scares me, so do a lot of the people in it. … I’m not going to let other people control my life, it’s mine. I’m going to do the right things and will protect myself and the people close to my heart.”

It made sense — military children develop anxious feelings when bombarded repeatedly with unknowns. I couldn’t help but wonder, did I buy into the wide-spread belief that “military children are resilient” when I should have better protected our kids?

“Anna,” I nudged my napping daughter awake, “we’re almost in the city.” She peered out the window at the Manhattan skyline and smiled, visibly excited to resume her young life. With pride, I realized, whether our children manage their lives day by day or list by list, they have learned to create their own destinies.