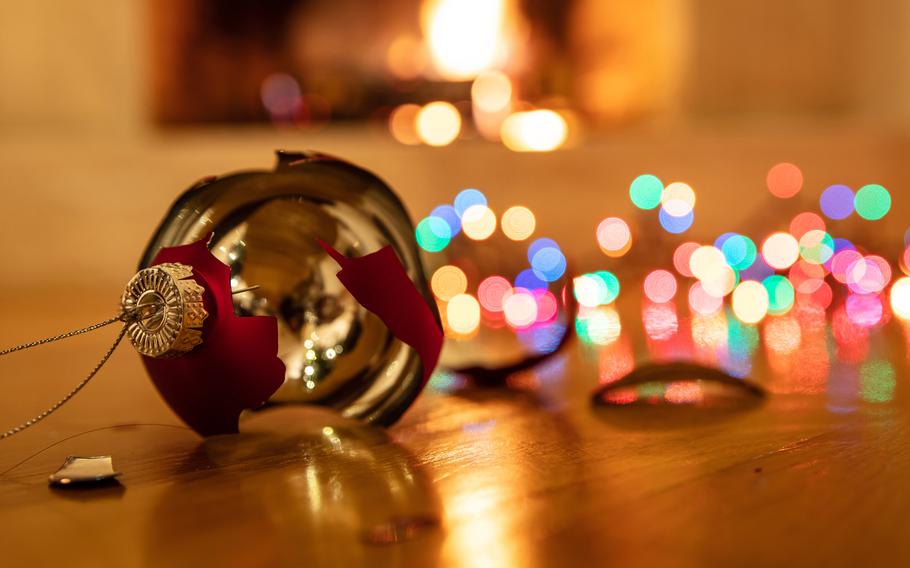 “I told you, I don’t want gifts this year,” my son said after I asked him to fill out a “Molinari Family Game Night” questionnaire asking about Christmas gifts, cookies, movies and foods our kids might want this holiday season. “I don’t want cologne, I don’t want shirts, I don’t want back-scratchers,” Hayden added, passively-aggressively complaining about past gifts we’d given him. “I have everything I need,” he concluded, putting his pen down.

Admittedly, Hayden is a successful software engineer in his mid-20s, living independently. He didn’t want to play games or fill out silly questionnaires. “But how am I supposed to make holidays fun for my family?” I thought. His younger sisters, Anna and Lilly, also in their 20s, looked back and forth between Hayden and me, feeling the tension.

I’d been planning game night for weeks. It had taken two hours to get the questionnaire just right, complete with a score sheet to tally points for three table games I’d set up in the dining room - shuffleboard, bowling and Skittles. Prizes were wrapped and ribboned on the buffet. Christmas music was playing. An elaborate nacho bar was displayed on the kitchen counter. Brownies were baking in the oven.

I’d envisioned an evening of warm glowing lights and loving interactions with my family of five, but my son’s early refusal to play along felt like the needle of a record player scratching violently across my expectations. I gazed at Hayden blankly. My husband, Francis, and the girls waited nervously for my response.

“C’mon Hayden, this is supposed to be fun,” I urged, lovingly. He opened his mouth to speak. Anticipating another negative tirade, I interrupted, “Okay fine, let’s move on.”

“More forced fun,” I heard our middle child, Anna, whisper to her sister Lilly. I pushed away an inkling of anger that was building just under the surface.

Francis dragged the kids off to play games, while I stayed back in the kitchen to check the brownies and take a few deep breaths. “Keep it together,” I told myself. “They’ll come around.”

“Okay, so that’s four points for Hayden and five for Anna,” I heard Francis say as I entered the dining room.

“Then don’t play, Hayden,” I heard myself blurt suddenly. That inkling of anger had swollen into an undeniable pimple glowing red like Rudolph’s nose.

The next few moments were fuzzy, but something triggered me — the snide remark, that eye roll, the smirk, I can’t be sure — but before I knew it, the boil had burst.

“This isn’t working. No one is having fun. We are done,” I said matter-of-factly. Our three young adult children stared at me like Santa’s reindeer in the headlights. They were used to their mother planning “forced fun” events, but they had never seen me abruptly pull the plug like this before.

In the days that followed, I received a sincere apology from Hayden, and an unsolicited gift from Anna and Lilly. All three kids acknowledged needing to be more grateful for their parents’ efforts. However, something still felt wrong.

“Aliya’s not coming home this year. I tried decorating, but instead I just sat on my couch and cried,” my friend Annette said over the phone. We compared notes about our young adult children, our transitioning family roles and our communal holiday “funk,” finally recognizing that we needed to change our attitudes as mothers.

After three decades as a military wife and primary caregiver to our three children, I’d become accustomed to being solely responsible for my family’s enjoyment of the holidays. They depended on me to supply the fun, and my happiness depended upon them having fun. This dynamic made sense when the kids were little, but now that they’re adults, it smacks of codependency.

Although our young adult children aren’t quite ready to host our Christmas gatherings themselves, I also can’t force fun on my family anymore. One day soon, maybe even this year, everyone in our family will contribute to the cheer, and holiday spirit will happen spontaneously.