Another day of leftovers becomes a tipping point 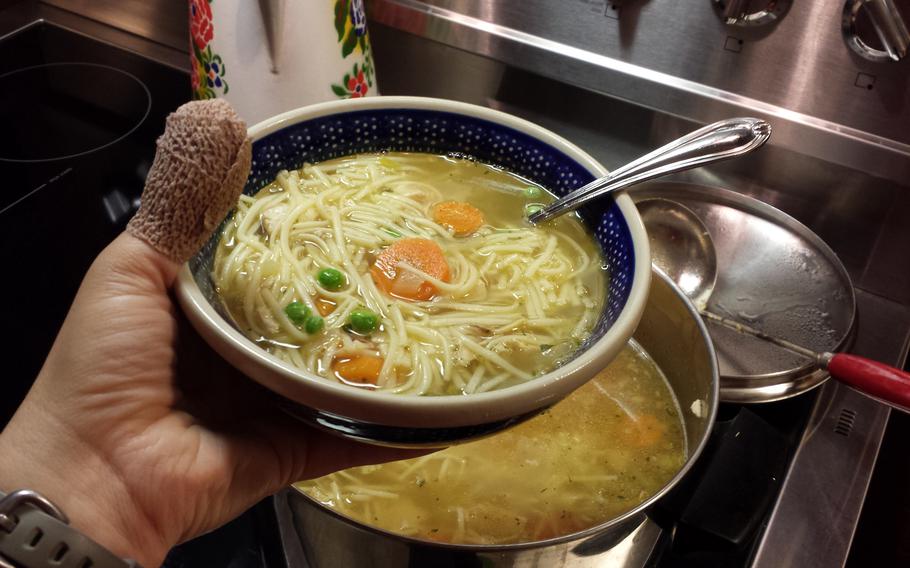 I never buy a Thanksgiving turkey that feeds my family. I buy one so big, it could feed the entire neighborhood. When a 10-pounder will do, I buy 20. When 20 pounds is enough for Thanksgiving dinner, sandwiches and a casserole or two, I select a gargantuan bird that barely fits in the oven.

My motivation is not gluttony, but rather, a need to be resourceful. As a military spouse, I’ve always enjoyed the challenge of making my family happy within our limited military budget. Other than one awful mud-splattered camping trip, a few bizarre pre-PCS meals, and the time my daughter broke her arm on a questionable playset I procured for free from our neighbors, my efforts to creatively satisfy my family inside the bounds of our modest resources have generally been a smashing success.

However, there was one Thanksgiving several years ago when leftover turkey became hazardous to my health.

It was Monday morning after Thanksgiving, and I’d just dropped my husband, Francis, at the airport for TDY to Bahrain. I wondered what to make the kids for dinner. In the four days since Thanksgiving, I’d already cooked leftover turkey tetrazzini, turkey pot pie and turkey enchiladas. They’d begun to complain, but I still had turkey bones and meat in our fridge.

Waste not, want not.

However, it was a busy Monday. I had to walk the dog, get a mammogram, swing by the commissary, do laundry, iron dress shirts, start my column, return emails, balance the checkbook, take a shower and try to look human — all before my 3 p.m. school pick-up. I decided I had less than five minutes to throw a pot of turkey soup together before heading out to my 9:30 a.m. mammogram appointment.

I chopped onions and carrots in flash, sautéing them in a pan alongside the pot of simmering turkey bones. Next, I plopped four celery ribs down and began slicing. I was coming to the end of the bunch when, shshshwing!

The very tip of my thumb lay neatly on the cutting board.

As the adage goes, you learn something new every day. On this particular day, I learned that it's nearly impossible to unhook your own bra strap with one hand. Like an awkward boy on prom night, I managed the task just before the technician came in to squash my bits and pieces between two glass plates. After several painfully humiliating images were procured, I was free to dress and attend to my bleeding thumb.

With only one of the three hooks of my bra strap precariously fastened, I thanked the doctor for seeing me on the fly, then waited at immunizations for a tetanus shot. Four hours after entering the clinic doors, I left with an injection Band-Aid, wilted mammaries, a cartoonishly-bandaged thumb and a completely neglected to-do list.

Despite the chaos, I finished preparing the soup back at home, needing it more than ever. At dinnertime, I ladled the hot elixir into bowls, careful not to slosh broth onto my bandages, and placed them on our table with oyster crackers. The kids and I inhaled the salty steam in silence, blowing gently on spoonfuls.

"I can't believe you made soup from the rest of the turkey with all that craziness going on today, Mom," my compassionate child said with a slurp. "Mmmm," she murmured, "not bad, Mom.”

In the grand scheme of things, she was right; it was not bad at all.