Dependence runs both ways in a military marriage 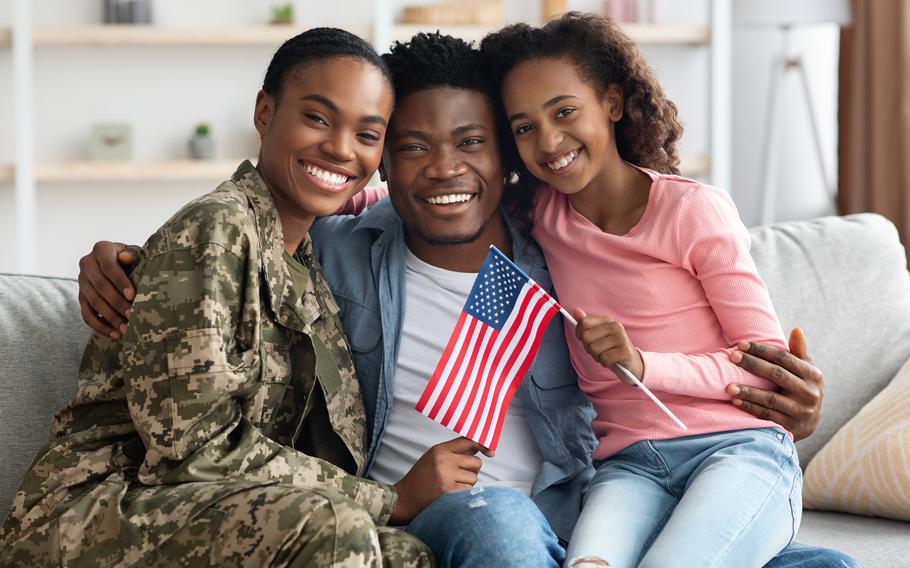 Almost three decades ago, I became dependent upon my husband. No, I’m not physically disabled or mentally incompetent. I have college and graduate degrees. I’ve held leadership positions. I’m the mother of our three adult children. I’m healthy and relatively strong. I’m a responsible adult and active community citizen. And I believe wholeheartedly in gender equality.

However, the fact remains that on the day we married nearly three decades ago, I suddenly qualified as my husband’s dependent, and I’ll be his dependent until the day I die.

This is not a sappy declaration of marital love for my betrothed, an admission of feminine inferiority or an IRS tax determination. It’s simply a legal fact, proven by my registration as a military spouse dependent in the Defense Enrollment Eligibility Reporting System (DEERS) and the ID card I carry in my wallet. Because my husband, Francis, was in the US Uniformed Services when we exchanged vows, I became his military “dependent” and he became my “sponsor” about the time Father Joe said, “You may now kiss the bride.”

The feminist Gloria Steinem is famous for saying, “A woman without a man is like a fish without a bicycle.” But for roughly 11 million female military spouses (92%) in the United States, their husbands are very necessary. Without them, military wives have no access to military medical insurance, military bases, military housing, and all other benefits and services afforded military dependents.

Spouses and children of uniformed service personnel automatically qualify as military dependents regardless of their income, abilities, health status, competence and need for a bicycle. As such, the term “Military Dependent” is somewhat of a misnomer.

“Honey, put our show on, would ya?” Francis bellows nightly from his spot on the couch. No matter how many times I tsk and show him how our smart TV works, he’ll never figure it out on his own. Same goes for the printer, leaf blower, thermostat, circuit breaker panel, router and most machines and technology in our lives.

Francis’ dependency on me doesn’t end there. Throughout our three-decade marriage, he has relied on me to make the vast majority of our parenting and home management decisions. Although he is very good at taking care of himself and being the primary breadwinner for our family, Francis requires my assistance with anything beyond that defined realm.

I’ve often wondered what might have happened if I’d died prematurely. Francis would have undoubtedly carried on, but his daily life would have changed dramatically. Beyond the obvious deterioration of home cleanliness and ceasing of daily vegetable intake, there would have been many other substantial, long-term consequences of my absence in Francis’ life.

Also, Francis would have had to take up doing crossword puzzles to entertain himself at night because he’d never figure out our smart TV.

The Department of Defense may have deemed that I am my husband’s military dependent, but his 28-year active duty Navy career wouldn’t have been successful without his dependence on me. In order for the military to recruit and retain a combat-ready volunteer force, its uniformed members’ “dependent” military spouses must be gritty, unselfish, responsible, hard-working, reliable and independent multi-taskers. They must possess good managerial, practical and often mechanical skills to keep the family machine running while their sponsor is home and away.

Francis may not have a government-issued card in his wallet deeming him my dependent, but like all military spouses, I’ve been key and essential to the success of his military career nonetheless.