Confessions of a party pooper 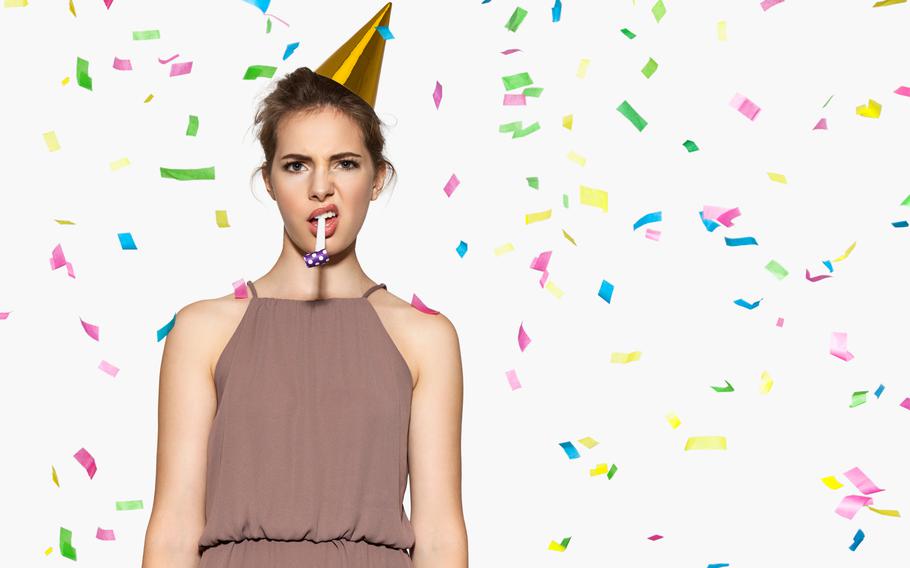 Using my recent foot surgery as an excuse, I sat in a chair beside the dance floor with my orthopedic boot propped up and my Spanx bursting at the seams. Truth be told, I really didn’t want to dance regardless of my foot. After the pre-parties, wedding ceremony, and all that chitchat during dinner, I just wanted to be a fly on the wall.

It was the wedding of my husband’s best friend’s daughter. Francis and the bride’s father, Marty, had known each other since rooming together as college freshmen. When Marty married back in 1990, Francis couldn’t attend because he’d joined the Navy and was out to sea. Tonight, Francis and Marty were making up for lost time.

The band was killing it, playing the songs everyone seemed to know. The dance floor pulsed with people young and old, Francis and Marty included in the latter. With his suit jacket off, shirt sweaty and untucked, and tie askew, Francis performed the same dance he’d been doing since I met him in 1992.

It starts with a skippy jig wherein Francis whips his left and right quadruple-E-width feet alternately to each side, while positioning his hands, loose and floppy, in front of his chest. Doing this Tyrannosaurus Rex happy dance, Francis smiles to the gathering crowd. Over the years, Francis added moves such as “stop and point,” “flapping wings,” and “vogue,” but the basic jig remained the same.

Francis’ unique dance has garnered him much attention, and attention-seeking is the main reason Francis ever danced in the first place. Unlike me, Francis is a consummate party animal, forever pushing for one more bread basket, one more meatball, one more hour, one more drink, one more song, until the wee hours. I’ve always enjoyed his fun-loving personality, and hung in there for his marathon social endeavors. For 29 years, I hit every dance floor we ever encountered, striving to meet Francis’ hyper-social level.

But at the wedding, I realized that I didn’t want to dance, even if I could. I didn’t want to talk to anyone else, drink another drink, eat another piece of cake. I was perfectly happy to sit there, pretending to be invisible, watching my husband do his goofy dance.

Concerned, I recently explored online personality testing in an attempt to confirm or deny that I’ve become a wet blanket. Ironically, a friend recommended the Enneagram Personality Test as a “fun party game,” but true to form, I took it alone on my laptop.

“You are Enneagram Type Five, The Investigator,” my laptop told me. A few days later, I convinced Francis to take the test, and his results indicated he was “Type Three, The Achiever.”

We learned that our core personalities are driven substantially by our greatest fears. As an Achiever, Francis fears not being valued by others, so he seeks admiration, believing he must perform to survive. I thought my greatest fear was a world without cheese, but it turns out, Investigators fear being overwhelmed by the needs or demands of others. They isolate to avoid feeling lost. They build boundaries and gather knowledge about the world to survive.

BOOM! My mind was blown. It all made sense. No wonder Francis stays up all night dancing. No wonder I retreat to my garden to inspect flora and fauna for hours on end. I’m not sure if science has proven that I am or am not a party pooper, but at least my family understands me a little more now.

Now I know — the next time I’m met with a dance floor, I can dance, but only if I want to.