The life lessons we don’t ever seem to learn 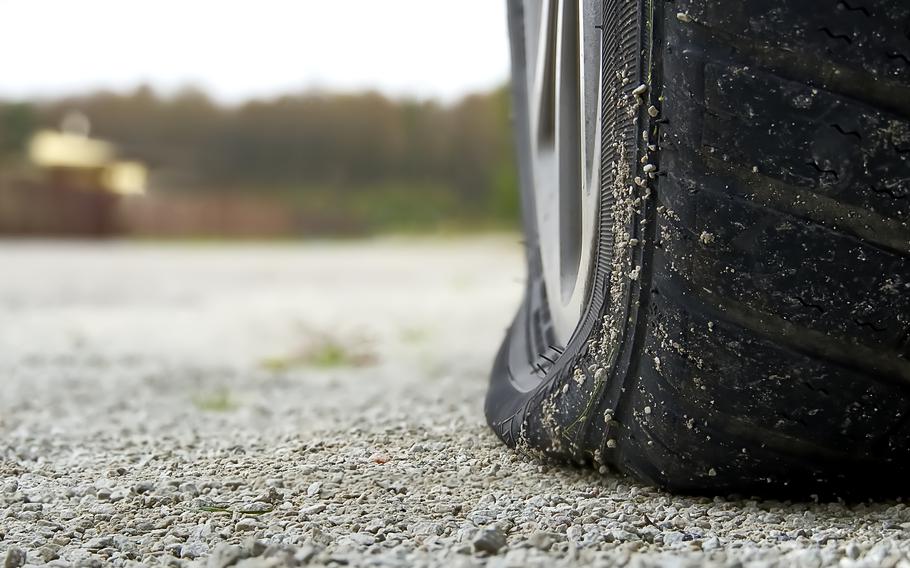 Two decades of ignoring the warning lights on our used vehicles finally caught up with us last week while driving to New York City on I-95 at night in a torrential downpour. Halfway through our four-hour trip, a long beep emitted from our German-engineered vehicle, and a yellow-lighted icon in the shape of an exclamation point inside a witch’s cauldron appeared on the digital dashboard display.

To say that my husband, Francis, is not mechanically inclined would be a gross understatement. Despite having served on active duty in the Navy for 28 years, machinery, weaponry, boats, cars, carpentry, plumbing, light fixtures, electronics, smoke detectors, appliances and television clickers are a complete mystery to him. While Francis has, out of necessity, learned to drive a car, operate a lawn mower and plunge a toilet, he avoids most “handyman” tasks and refers to hardware stores as “haunted houses.” He claims that the most useful tool is a handyman’s phone number.

“What’s that beep?” Francis blurted, jabbing the brake. “Oh … it’s just tire pressure or something,” he said dismissively after seeing the yellow-lighted icon. To be fair, I wasn’t alarmed either, but I was a bit worried. About a month prior, I had mentioned to Francis that my car was warning me, “Service Due,” and that my tires might need to be balanced or aligned or whatever because the steering wheel was shimmying.

But after many years of driving used vehicles with dashboards lit up like Christmas trees, we were desensitized to our cars’ programmed warning lights. We knew there were certain warnings that were to be taken seriously, such as the little drippy genie bottle (low oil pressure) and the little thermometer in the river (high engine temperature), but we had come to believe that all other lights were a part of a vast car industry conspiracy to manipulate consumers into paying for unnecessary maintenance.

The drumming of the rain showers against the car died down, and we settled back into our road trip. I allowed Instagram Reels to lure me into a vortex of thrift shopping videos, and Francis resumed exceeding the speed limits on I-95.

But half an hour later, I heard a low grumbling noise that sounded vaguely familiar. In my day, I’d been known to pop a tire or two, hitting curbs and running over nails. “Francis, it sounds like the tire is flat,” I concluded like a master of the obvious. Thankfully, we were only a mile from a service plaza, so we put on our hazard lights and limped into the tractor trailer parking lot.

We stood outside the car, staring down at the collapsed right rear tire.

“We must’ve run over something,” I said, both of us pretending to be surprised that this catastrophic failure had occurred.

While waiting for a mechanic to arrive to put on our spare, we played the part of responsible drivers. Francis booked a nearby hotel room and read the car’s manual to find out where the spare was located, while I researched tire service centers that could supply us with new tires in the morning.

Three hours later, a mechanic with a thick New York accent diagnosed the problem that we had secretly known all along. He didn’t say we’d neglected our car’s service warnings so long that the tire basically fell apart, but we knew the embarrassing truth. What he did say was, “Ywor ti-yahs ahh bald. This one heeyah’s so bad, it split. Yous gotta get all new ti-yahs tah-mahrow.”

The next day after paying $1,500 for new tires, we finished the drive to New York City, where I parked the car 20 feet from a sign that warned “No Standing.”

“I’ll only be a minute or two,” I thought. Twenty minutes later, I returned to my car to find a $115 parking ticket under the wiper.

I now understand that the dashboard light with the exclamation point in a witch’s cauldron means I have a flat tire, but if this week’s experiences taught me anything, it’s that there are some life lessons I’ll never learn.