Dissecting your teen when side-hugs begin 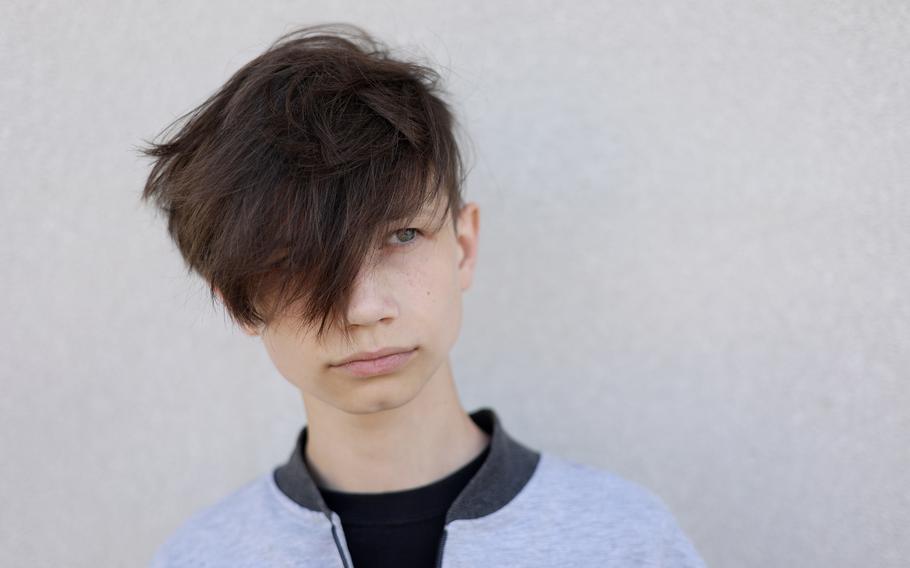 There’s a lot more going on in your teen’s mind -- and life -- than is apparent to many parents. (iStock)

If this after school vignette sounds familiar to you, then you have teenagers. Our own son, Hayden, reenacted this scene day after day, week after week, month after month, for about four years until he left for college.

Hayden’s father and I used to rock his world. He’d burst out of elementary school each day and find me waiting there to walk him home. His eyes would light up, and he’d plow into me with open arms. He’d linger a few seconds so I could run my hand through his sandy hair and kiss him on the head.

But soon, Hayden grew into a teenager, and all affection, conversation and attention became forced. No more open-armed greetings or shampoo-scented smooches. A reluctant side-hug was as good as it was gonna get.

When Hayden first started withdrawing from us, I panicked and thought, “Why did I let him watch that PG-13 movie when he was twelve?! He’s always resented me for those bowl hair cuts I used to give him. I should have never yelled at him when he put that waffle in the VCR! Oh God, what have I done!?!”

We worried and watched, waiting for a call from the police informing us that Hayden was holding the school principal hostage or that he was hitchhiking across the country on a crime spree.

The police never called, but we feared that Hayden’s withdrawal from us was clear evidence that he was on the brink of a teenage breakdown, all caused by our overbearing demands and inadequate parenting.

Eventually, we did receive reports of Hayden’s behavior, but not from law enforcement or school authorities. Other parents told us what Hayden had done.

“My daughter told us the funniest story about Hayden at supper last night – apparently he had the whole literature class laughing yesterday at school.”

“That skit Hayden did for our Cub Scout den was priceless. We videotaped it!”

“Hayden was so chatty and polite when I gave him a ride after football practice yesterday.”

“You must be so proud that the Biology teacher played Hayden’s cell project video to all the classes. It was so well done.”

Initially, we thought, “Are you sure you have the right kid here? Hayden is the one that wears a hooded sweatshirt, doesn’t make eye contact and grunts. What skit? What cell project?”

Slowly, we began dissecting this brooding man-child living in our house. When we stopped blaming ourselves and instead, began discretely examining Hayden’s separate parts and distinct personalities, we started to understand the creature our son was becoming.

We discovered that Hayden wasn’t an axe murderer, he was just a teenager.

Outside our home, he was a smart, funny, outgoing football player, scout leader, band geek and math tutor. When he arrived home, Hayden hid his burgeoning identity from us, afraid that we’d interfere or attempt to change him. His “split personality” gave him the freedom to grow, mature, and as much as we hated it, become independent from of us.

Eventually, we gave Hayden space to create himself without interference. In the meantime, we discovered meaning in the grunts and grumbles he emitted.

We learned that “Nghu” really means, “Thanks for asking about my day at school, Mom – it went quite well despite the fact that I missed you terribly and couldn’t wait to come home and eat your delicious home cooking.”

While side-hugging Hayden, I interpreted the pained expression on his face to mean, “Mother, my gratitude and respect for you are so intense that I can only bear it for a second or two before I must shove you away.”

Another thing I learned: Asking one’s teen for a kiss on the cheek definitely requires bribery. Chocolate chip cookies always worked for me.