Finding community near the deep fryer 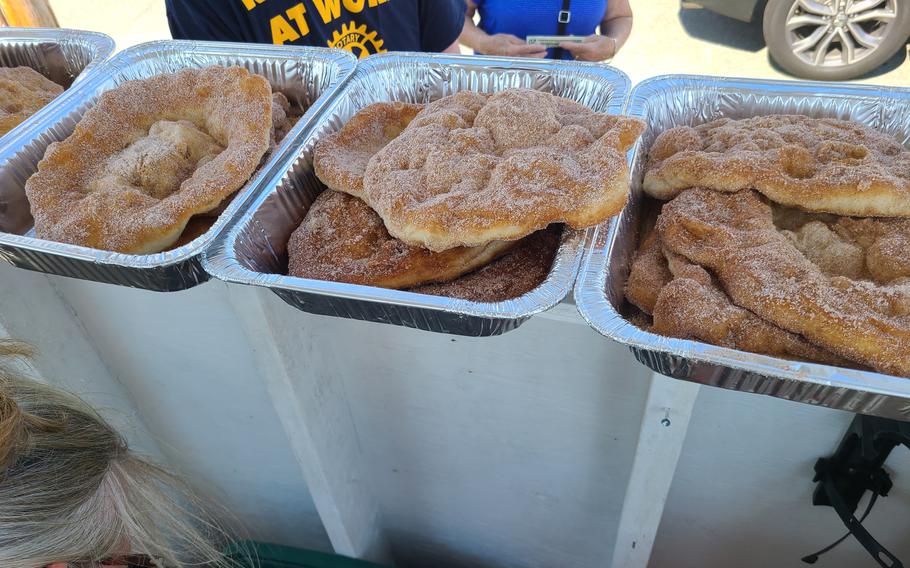 I arrived at 8:30 a.m., just as four other volunteers were setting up a shade canopy over the deep fat fryer. It was our town’s annual “Fool’s Rules Regatta,” and it was going to be a scorcher.

Leaning my bike against a telephone pole, I noticed that I was the only one wearing my Rotary Club T-shirt and hat, which I’d assumed were required for volunteers. As a newbie in the club, I was prone to making rookie mistakes.

The others were struggling to understand how the pop-up canopy worked. This was my opportunity to gain a modicum of respect among the veteran Rotarians. After two decades of managing three kids’ sports team obligations, I’d earned an honorary doctorate in shade canopy and folding chair engineering. I jumped into the fray, expertly sliding a corner bracket securely into its slot as if I’d invented the contraption.

With the canopy in place, the fryer oil heating and more volunteers arriving, I looked for my next task.

I climbed up into the wooden concession shack next to the canopy to join Pat, the club treasurer’s wife, seemed in charge. David the fryer handed me a vat of fresh-fried dough. As instructed, I rolled them in sugar and cinnamon and transferred them to a counter where volunteer runners whisked them away for selling.

Under Pat’s stern direction, our group became a well-oiled — and well-sugared — machine.

Soon, “Dough boys, get yer dough boys here!” could be heard wafting along the beach, where Rotarians sold to boat-builders and spectators alike. Back at the shack, the aroma of frying dough and cinnamon snaked its way down the sidewalk while we entertained ourselves in the rising summer heat.

From my sugar-perch in the shack, I observed the charming scene, longing for the camaraderie locals took for granted in tight-knit communities like this.

As a Navy spouse moving with our family every few years, I’d learned that being part of a community didn’t happen automatically. Although it sometimes felt like jumping from the frying pan into the fire (or deep fat fryer, as it were), I knew I had to put myself out in the community if I hoped to belong to it. Volunteering gave me a sense of purpose and provided the camaraderie I craved.

“You’re getting so good at this,” I ribbed Dave the fryer. “Make the next one look like Mickey Mouse.” “Crunchy on the outside! Floppy on the inside!” Win barked to curious people crowding the sidewalks. We frowned at his awkward adjectives, so he edited his sales pitch: “Crispy on the outside, fluffy on the inside!” “Dough boys aren’t gluten-free. We charge for our gluten!’” wailed the club president, Jeff, while Win, Ted and Jamie roared with laughter.

Soon, a horn blared, announcing the regatta’s first heat. Silly, makeshift boats of all shapes and sizes lined up in the sparkling Narragansett Bay. The unrelenting sun blazed, but the gentle ocean breeze offered its cooling mercy. Townspeople and tourists, licking sugar and cinnamon from their fingertips, wandered seaside sidewalks holding children’s hands and dog leashes.

My volunteer shift ended when my Rotary Club T-shirt was thoroughly soiled with sweat and sugar. In the end, our club made $900 and I came home with a bicycle basket filled with warm dough boys.

But the real profit I gained was knowing that I belong.