Death to teen social life by a thousand cuts 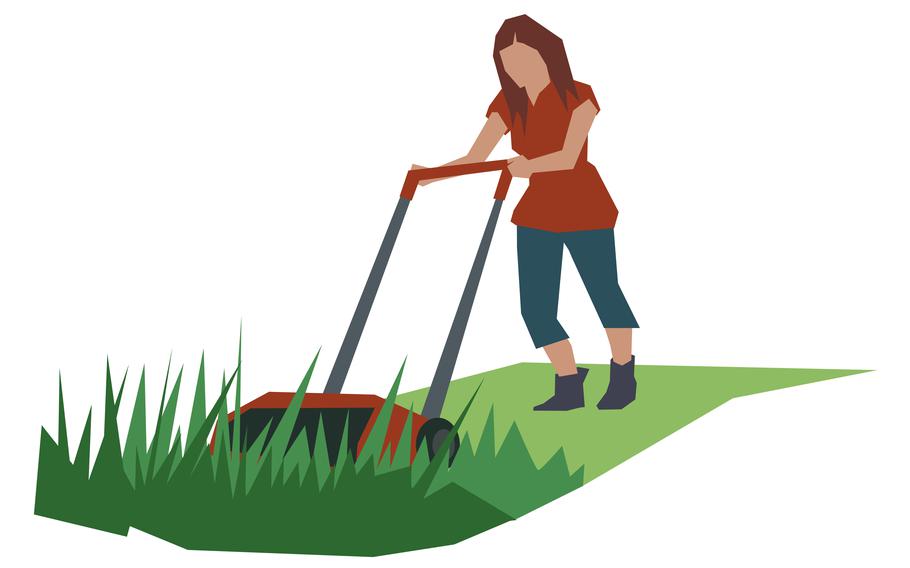 Take 3 1/2 acres of property, and subtract one 1,500-square-foot brick ranch with a detached garage, then carry the seven, and you know what you’re left with? A whole lot of grass to cut.

That painful fact of life significantly impacted my childhood. My father was raised on a boardwalk at the Jersey Shore, but he fancied himself a wannabe farmer. So in 1977, he and my mother bought a house with lots of land.

Everyone knows that large developed parcels require maintenance, but my father had two workers at the ready: My older brother and me. In the summertime, while our friends were gallivanting off to the community pool in flip-flops and terry cloth, my brother and I were doing forced labor.

With more than three acres of grass to cut, my father knew a riding mower wouldn’t cut it (literally and figuratively), especially if his teenage children were going to have any semblance of a social life left. So he bought a legit tractor — orange paint job, long steering column and gear shift, little wheels in the front, big wheels in the back — and outfitted it with a twin-bladed mower deck. Before I could drive a car, tractor operation and grass cutting were added to my arguably abusive list of chores, which also included weeding my father's football-pitch-sized vegetable garden, trimming around trees with the push mower, and various scullery and janitorial duties inside the house.

Until he became a midshipman at the Naval Academy, my older brother shouldered most of the tractor operating while I was relegated to cutting around trees with the push mower. But when I was in 9th grade, my brother left for Annapolis, and my adolescent summers changed drastically.

As soon as the spring rains coaxed those green blades from the earth like a snake charmer, I was on the tractor for hours on end. Speaking of snakes, several chore-related horrors were imprinted on my psyche, which generally involved inadvertently chopping things up in the whirring mower blades, including countless snakes, and once, a nest of bunnies.

There were other traumas associated with my grass-cutting duties, which were admittedly self-induced. Such as the time I got sleepy while mowing a particularly boring field, so I stopped, put my head on the steering wheel and snoozed. I was awakened by frantic shouting from a passerby on nearby Route 286. A driver saw me slumped over the tractor and was coming to rescue me from certain death by heat exhaustion. Thankfully cell phones hadn't been invented yet and I was able to convince the Good Samaritan that I was alive and well before an ambulance was summoned.

Another summer day, I got lazy. To minimize my push-mowing responsibilities, I used the tractor to mow around the trees. I thought I was so clever, stooping low to avoid the branches, until a tree swing I’d tucked up into our apple tree fell as I was passing by and hooked itself over the steering wheel. I heard a “Crack!” before the swing broke loose. I knew I was in big trouble. Months of allowance was forfeited to replace that cracked steering column.

Somehow, I survived my teenage indentured servitude and escaped to college, law school and then military marriage. Free and on my own in the world, I found that I missed it. There was a certain pleasure in the mind-numbing repetition of cutting grass, the soothing vibrations of the motor, the yin and yang of battling and bonding with nature, the satisfaction of doing physical work.

Therefore, I found opportunities to fiddle with flora and fauna even when we lived on base. I started my first vegetable garden on Fort Ord. I planted flowers on either side of the stairwell stoop on Patch Barracks. I put plants in pots on our porch at NAS Mayport. I grew massive zucchinis behind Quarters C in Newport.

My Navy retiree husband cuts our lawn nowadays, and I look on from my vegetable garden with envy, because I know that, like many things in life, pain in the grass has its pleasures.