The people you’ll meet when you live overseas 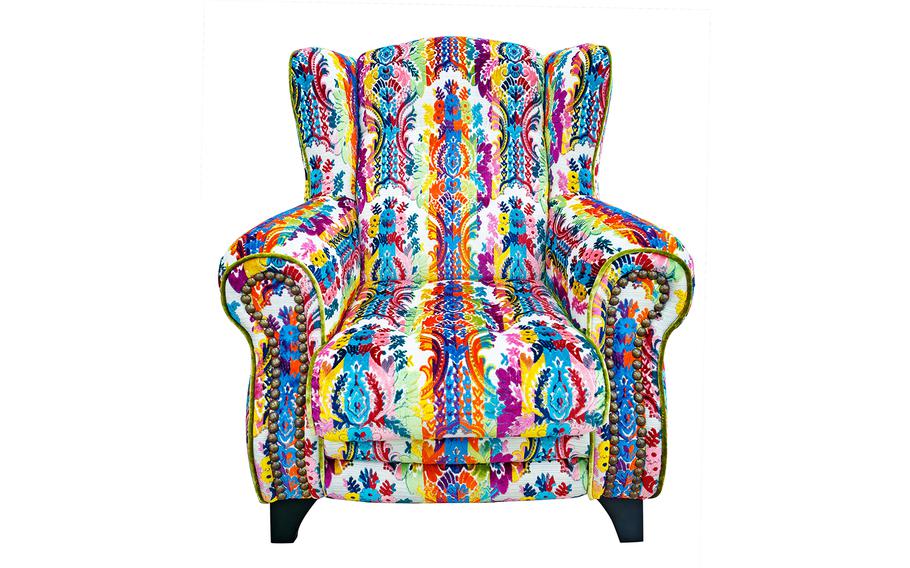 I picked her up at Norfolk Airport, stowing her carpet-bag suitcase and walking stick in the back of our minivan. Mabel was 86, and after traveling all the way from England to Virginia, I figured she’d need a good rest once we got home.

But at our house, she stayed alert while our three kids fought for her attention, showing her their schoolwork, toys, missing teeth and bedrooms. The only one that had any memory of Mabel was Hayden, who was 3 when we PCSed from England five years ago. But we’d told all three kids the unique tale of our friend Mabel.

Mabel had been our neighbor. She lived alone, two doors down in the row of old stone houses we’d occupied in Ramsey, England, during our first overseas tour. After an early stint in the Royal Air Force in her youth, Mabel worked as a private nanny and boarding school house mother for decades. In her seventies, Mabel retired to the stone house in Ramsey. She’d never married.

Most days Mabel sat in a floral upholstered chair in her living room, beside a table topped with her essentials: the television clicker, her books, a Cadbury chocolate bar and a secret pack of cigarettes. She loved John Wayne movies, long cricket matches and “those American chocolate biscuits with cream in the middle.” We bought Oreos for Mabel from the commissary. Double-stuffed were her favorite.

Mabel looked the part of a classic British nanny. She had neat curls of gray hair, light blue eyes and a sturdy figure. She wore lace-collared blouses, a cardigan sweater with a handkerchief in the pocket, wool skirts, pantyhose, sensible shoes and wire-rimmed glasses. She used a walking stick, emblazoned with souvenir medals from her travels.

We invited Mabel over periodically, but she was quite content alone. On Christmas, she’d make herself a formal dinner, just for one. Sometimes she’d make enough to take a serving over to Bernard, the retired butler who lived alone across the alleyway. Otherwise, Mabel stuck to a solitary routine that involved daily walks to the village bakery, butcher or Sainsbury’s, and a weekly bus ride to the library for more books.

On Hayden’s third birthday, he was delighted when she came to his party. By the end of our tour in England, Mabel felt like family. I could’ve taken advantage of her background as a nanny, but I never asked her to babysit. She had bonded with our children on her terms.

When we moved back to the States, we exchanged letters with Mabel, never thinking that she might visit us one day. But there she was in our Virginia Beach family room, sipping coffee while our three kids told her about taekwondo lessons, acorn collections and Jimmy Neutron.

During her visit, Mabel taught manners to Hayden’s scout troop. She took a private tour of a Norfolk fire station. She attended Anna’s class field trip to Jamestown colony. She played Polly Pockets with Lilly. She ate crab cakes. She poked at our cat with her walking stick.

On her last night, we took Mabel to a Cinco de Mayo party at a friends’ house. In their crowded garage decorated with chili pepper lights, latin music blared. Folding tables were heaped with spicy foods, a rented margarita machine swirled lime slush and a piñata swung from the ceiling.

“Would you like one?” the hostess, Christine, asked Mabel, seated in a lawn chair amidst the sombreroed crowd. Mabel glanced at me to explain the small plastic cups on Christine’s tray.

“They’re called Jell-O shots,” I shouted through the noise. “They’re made with tequila.” Christine demonstrated, showing Mabel how to use her tongue to dislodge the Jell-O from the cup. Mabel, looking like Mrs. Doubtfire had been taken hostage by a band of festive Mexicans, selected a cup from Christine’s tray and downed it like a pro.

That night, as I watched my 86-year-old friend tap her walking stick to the music, I felt grateful that military life had given our family the unique opportunity to mix cultures, to span ages, to learn new things and to live life to the fullest.