Loneliness not a virtue; don’t suffer in silence 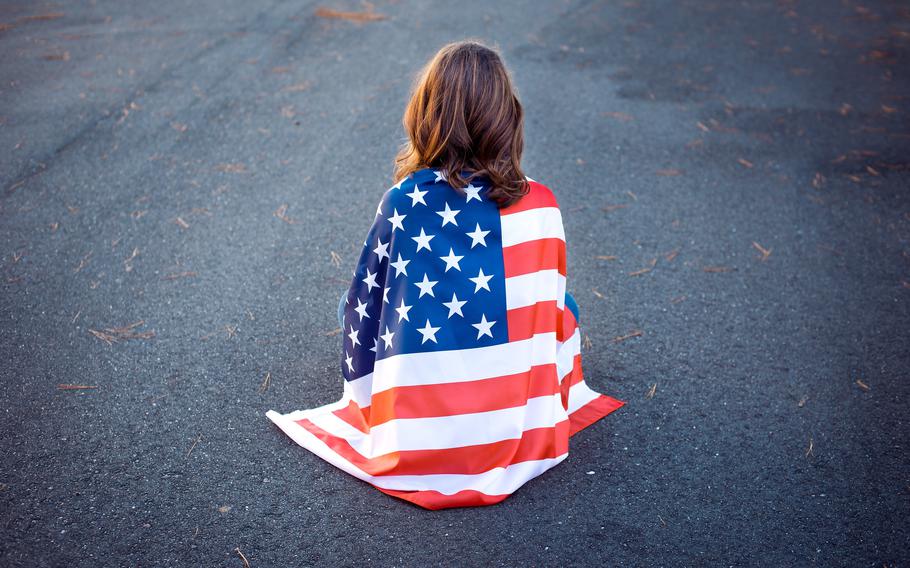 Recently, I’ve been thinking a lot about loneliness. Not only as it has related to my life, but as a state of being that affects humankind in general.

I know what you’re thinking ... “Wow, that’s real deep, Lisa.” Perhaps, “Who died and made you the Dalai Lama?” Or, maybe, “I’m bored and turning to the funny pages.”

Patience, people! Loneliness is an important subject because it affects everyone, whether it’s the 4rd grader who eats lunch in the cafeteria by himself every day, the adolescent girl who didn’t get invited to prom, the middle-aged man whose wife left him, the old woman whose husband dies before she does.

In the military community, loneliness and social isolation are prevalent, because our mobile lifestyles distance us from our social groups more frequently than others. We often find ourselves in unfamiliar locations, schools and workplaces, surrounded by strangers. It’s up to us to make new relationships after each move, which can be awkward and make us feel like losers.

Every time my Navy family moved during and after my husband’s 28 years of active-duty service, I regressed to my insecure middle schooler days. I didn’t have acne, curl my bangs into a sausage roll or wear headgear, but in every new location, I sheepishly looked around at others and wondered pitifully, “Do they like me? Am I cool enough? Will I fit in?”

Over the years I became accustomed to regular bouts of isolation and loneliness. It was, of course, to be expected after moves, during deployments and travel duty. Simply part of the job of being a military spouse. I may have developed some strange coping habits, but I often decided to be my own source of emotional support, rather than relying on others. I pulled my big girl panties up and handled it like a good military spouse should. Or so I thought.

There’s only one problem: human beings aren’t meant to be alone. If you don’t believe me, just ask scientists: “As a social species, humans rely on a safe, secure social surround to survive and thrive. Perceptions of social isolation, or loneliness, increase vigilance for threat and heighten feelings of vulnerability while also raising the desire to reconnect. Implicit hypervigilance for social threat alters psychological processes that influence physiological functioning, diminish sleep quality and increase morbidity and mortality.”

English, please! What these eggheads are saying is that loneliness messes people up. I could have told you that. More specifically, it alters our mental and physical health, disrupts our sleep and shortens our lives. In one study, “Loneliness and Social Isolation as Risk Factors for Mortality: A Meta-Analytic Review,” researchers at Brigham Young University found that the subjective feeling of loneliness increases one’s risk of death by 26 percent. Actual social isolation increases mortality by 29 percent, and living alone shows a 32 percent increase.

How do we avoid loneliness and live long, healthy lives?

Stay connected, duh! Loneliness is subjective and perceived, so it can happen to anyone — married, single, living with others, etc. — and depends upon a person’s connection to his or her support network. Conversely, people who are physically isolated from others — after a move, during deployment, etc. — may not feel lonely at all because they’ve maintained that connection. With a plethora of social media apps, easy video teleconferencing and other web-based communication services available 24/7/365, anyone can have a portable support network today. Plus, there is a physical world full of people right outside the door. We need to get out there and interact with others. Go to the base gym. Chat with someone at the playground. Knock on a neighbor’s door and introduce yourself. Volunteer. Do lunch.

Just don’t do what I did. Don’t assume that loneliness is your cross to bear. Don’t think that figuring everything out on your own makes you a better military spouse. Don’t believe that wanting friends and crying when you can’t seem to find them is a sign of weakness. The truth is that we all need companionship, camaraderie, and connectedness to stay strong and healthy.

Loneliness isn’t a weakness, but rather, it’s proof positive that we are human.