by
Lisa Smith Molinari
• Special to Stars and Stripes • January 7, 2022 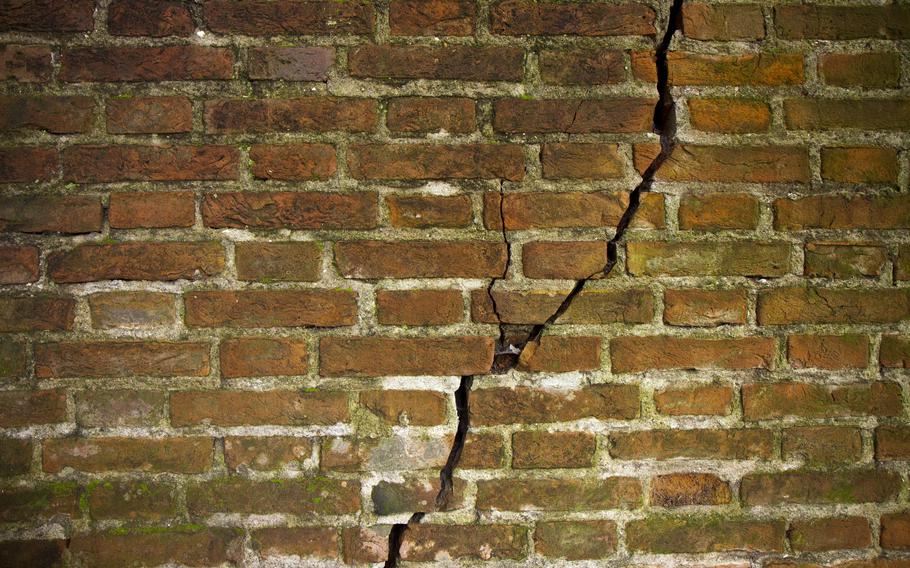 “There’s no knob on the door,” I said to the Balfour Beatty Communities manager when we arrived at our quarters at Naval Station Newport, R.I. It was a hot day in July of 2013 when the BBC manager sheepishly opened the knob-less door of the century-old duplex house we had been assigned.

Having come from another BBC property at Naval Station Mayport, Fla., we thought we knew what to expect. However, our idyllic ocean-side Florida housing neighborhood was lined with pristine, newly constructed, pastel-colored homes. Although we had little need to ask BBC to perform repairs during our tour of duty in Florida, we happily visited their air-conditioned offices with freshly baked cookies and free pens.

Once in Rhode Island, we gladly leased another BBC house, believing we’d have another positive experience. As we entered the house on move-in day, we were shocked to find broken windows, construction debris, unfinished repairs and a dirt-floor basement area covered in multiple piles of dog feces. The jittery BBC manager promised us that repairs would be made right away.

This was the first of many broken promises BBC made to us during our five-year stay in that property. We, and many of our base neighbors, submitted negative comment cards and complaint letters regarding our unsatisfactory experiences to BBC. Little did we know, BBC would later be accused of ignoring and hiding resident complaints. Across the US, privatized housing residents were complaining about rodents, mold, faulty wiring, construction errors, cockroaches, lead paint, raw sewage, rotten wood, toxic water, chronic leaks, asbestos and more.

In February 2019, the Senate Armed Services Committee held hearings and initiated an investigation by the Department of Justice, discovering that, from 2013 to 2019, Balfour Beatty was engaging in widespread schemes to defraud the military out of millions of dollars in performance incentives by “cooking the books” — fudging numbers and destroying resident comment cards. By submitting false records to the Army, Navy and Air Force, Balfour Beatty was able to collect 95 percent of performance bonuses each year, despite allowing military families to suffer in poor conditions.

Two Balfour Beatty employees were found guilty of criminal fraud charges last year. Then on December 22, 2021, the DoJ announced a “global resolution” of criminal and civil investigations into Balfour Beatty’s fraud schemes. Balfour Beatty pled guilty and was ordered to pay over $68 million in fines, and submit to an independent monitor for three years to ensure compliance with the contract.

Yep, you read that right. ... Despite admitting to felonious criminal fraud against the Army, Navy and Air Force, Balfour Beatty still gets to manage and collect revenue from 50,000 units of privatized housing worth $6 billion under a 50-year lease that has been criticized as guaranteeing profit. It’s no wonder Balfour Beatty’s shares rose on the day of the DoJ announcement.

Some call the fines a slap on the hand for Balfour Beatty, and other privatized housing managers still under investigation have not been brought to justice. After more than a year of delays, a Military Housing Privatization Initiative Tenant Bill of Rights (TBoR) and a Universal Lease were created, but not all landlords have implemented the new policies.

In the meantime, military families continue to live in more than 200,000 privatized military housing units in the US. What should they do when major issues arise? Fill out another comment card and hope it doesn’t get lost in the abyss? Not anymore. If you have a housing problem and don’t know your rights under TBoR, request free help through Armed Forces Housing Advocates, www.afhousingadvocates.org.

Military families are resilient. We can handle a missing door knob or two. But we shouldn’t be forced to endure poor or hazardous living conditions without reliable protection from the armed forces we serve.