A play by play of game day 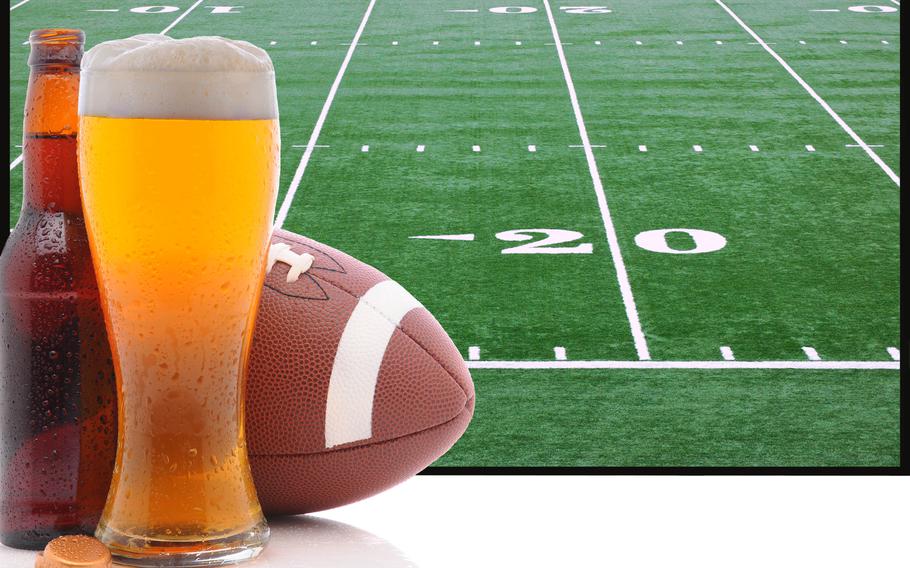 Football-shaped bowl of nuts is on the coffee table. Starter log is sputtering in the fireplace. Dog has been walked. Wings are in the oven.

My husband, Francis, ensconced in his tattered college sweatshirt, workout pants he bought himself at TJ Maxx and ratty old sheepskin slippers, surveys the family room field, attempting to locate the best seating formation for maximum game-viewing comfort. Beer in hand, he glances around to be sure I am not in the room, then positions himself in front of my favorite spot on the couch.

Francis doesn't utilize his quadriceps to gradually lower his weight into a seat like most human beings. Rather, the instant his knees break their upright locked position, he disengages all muscles, allowing his entire torso to plummet toward his desired location. Interestingly, Francis, all three of his brothers and their father are infamous chair wreckers, leaving snapped legs, warped springs and crooked recliners in their wakes.

As if seized with temporary paralysis of his lower extremities, Francis' knees buckle, sending his girth rocketing toward our aging couch with violent impact. GUH-GLUNK!

Entering the room, I see our son, Hayden, on the floor munching a bag of tortilla chips, and Francis in my seat. Hoping a bit of nagging will roust him, I harp, "Hey Hon, if you insist on watching the game from my favorite spot, could you at least sit down gently? That spring under you clunked like it's broken or something."

"God help me," he grumbles under his breath.

I settle temporarily for the other end of our couch, and realize that Francis' offensive move requires a smarter defense. “Would you poke the fire, Honey? You know how unpredictable those starter logs can be."

Francis glares suspiciously, but I feign ignorance. "Have the Seahawks colors changed?" Just as Francis steps toward the fireplace, I employ a slide-lift-blitz maneuver to regain my territory. But when I reach the center cushion, our dog appears, licking my face.

GUH-GLUNK! “C'mon, let's get some points on the board!" Francis yells after swiftly retaking my rightful seat. To add insult to injury, he lobs his ratty sheepskin-slippered foot into my lap and slurps the last of his beer.

"Yes," I mutter, trying to hide my gritting teeth.

"Are those wings done yet?"

"Not yet, but ...” I look over just as Hayden tips the bag of chips over his open mouth, triggering a mini-avalanche of corner crumbs, which cascades into his mouth, eyes, shirt and the freshly-vacuumed family room carpet, “... I'm fairly certain you'll survive."

Just then, the cells of my brain call a huddle, and a new play is formed.

While Francis and Hayden laugh at silly beer commercials like simpletons, I disappear to the kitchen, returning a few minutes later with a heaping tray of hot wings. Like a modern-day June Cleaver, I smilingly dole out platefuls to my unsuspecting husband and son. And then I wait, nibbling patiently on a stalk of celery.

As expected, they dig right in, Hayden meticulously dissecting each tiny radius, ulna and humerus, then sucking each finger from base to tip. Francis, on the other hand, plops whole wings into his open mouth, and after manipulation with teeth and tongue, pulls the bones out from his pursed lips, stripped clean of meat, as well as fat, skin and cartilage.

Hayden is the first casualty, running to the kitchen for a soda. Francis tenaciously sweats through another wing or two before abandoning his position in search of cold beer to sooth his burning lips. Thanks to a few extra shakes of hot sauce, my play worked. With the coast finally clear, I muster what's left of my middle-aged agility.

Reentering the room, Francis sees me, firmly seated in my favorite spot on our couch. I pump my upturned hands in the air while wiggling my knees back and forth in a pompous victory dance.