Stop the gap between civilian perceptions and military realities 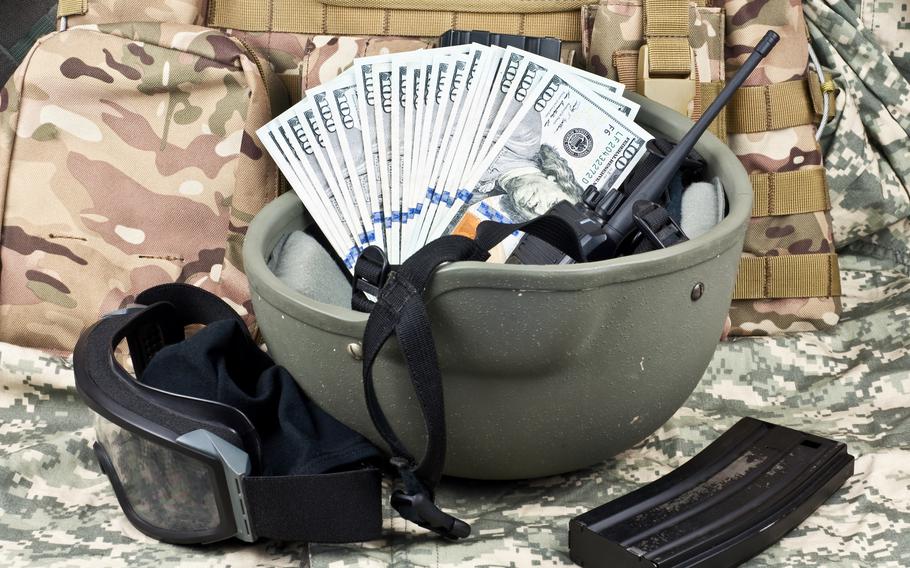 Here we are, in limbo, again. Will military service members have to work for no pay this year? Only time will tell, while Congress squabbles over the defense budget. It’s become an annual tradition.

Stopgap measures have been used to keep the Department of Defense running for 11 of the past 12 fiscal years. This year’s continuing resolution, which allowed the DOD to continue operating through October and November, was passed in the nick of time on Sept. 30. Isn’t it comforting to know that your paychecks will keep coming for 64 days, when it takes Congress 76 to 216 days to agree on the budget each year?

The need for stopgap measures has become routine according to DOD officials, who have said that this way of doing business is “not an effective or efficient way to operate.” In fact, the DOD now plans for them, making fewer legal commitments to pay for goods and services in the first quarter of each fiscal year. This means less military hiring, less military training, less military “ability to accomplish key mission requirements and carry out management functions.”

One might chalk the military spending debate up to the increasing divisiveness displayed between politicians on every issue today — culture, crime, discrimination, immigration, education, you name it. But in a representative government like ours, aren’t the divided opinions of our elected politicians simply a reflection of their constituents’ perceptions?

One October evening back in 2013 while my husband was still active duty, I was driving back from a soccer game with another mom from our daughters’ team. “The military’s budget is out of control,” she argued emphatically. “Why should they get more than 600 billion dollars a year, for what? More weapons?”

In the midst of the Obama-era spending caps and drawdowns, I felt strongly about this issue. “But you need to understand,” I told her, “military service members who have sacrificed are getting pink slips telling them they’re out.” Sequestration "weakened our military, our morale and our readiness,” I explained, but knew she couldn’t relate.

Since then, the military-civilian divide has only deepened. Less than one half of 1% of Americans currently serve in the military, and of those, about 80 percent come from military families.

The public’s view of today’s military and veterans is affected by various false perceptions. According to many surveys and studies, U.S. civilians believe that military troops are uneducated, have low intellectual aptitude, entered the military to avoid poverty or criminal penalties, and engage mostly in ground combat. Furthermore, they believe that most veterans suffer from PTSD or other mental health issues, and are likely to be unemployed and/or homeless.

To the contrary, 90% of recruits have high school diplomas, and two thirds score in the top half in verbal and mathematical aptitudes. Most are from middle-income families, and their motivations to serve are patriotism, sense of duty and competitive military benefits. Recruits are thoroughly screened for physical and mental fitness, and youthful offenders and older criminals are barred from enlistment. In fact, standards for recruitment are so high, only two percent of 20.6 million Americans age 17 to 21 are eligible to serve. About 15 percent of veterans suffer from PTSD, but veterans have typical employment rates and are only slightly more likely to be homeless than non-veterans.

Despite the widening military-civilian gap in understanding and an overall drop in American confidence, the public still trusts and respects the military above all governmental institutions. Regarding spending, about half of the country thinks the military budget is “about right,” but frankly, most don’t care all that much about military readiness and defense spending. Even after 14 service members were killed and 18 wounded in the August 26th Kabul bombing and Taliban takeover, most Americans haven’t followed news about the Afghanistan conflict.

With or without pay, 1.4 million active duty service men and women will continue to report for duty protecting our country. In the meantime, Congress (only 17%of whom have prior military service) will continue to bicker over the price of freedom. And with respectful indifference, the public will continue to look the other way.