by
Lisa Smith Molinari
• Special to Stars and Stripes • September 10, 2021 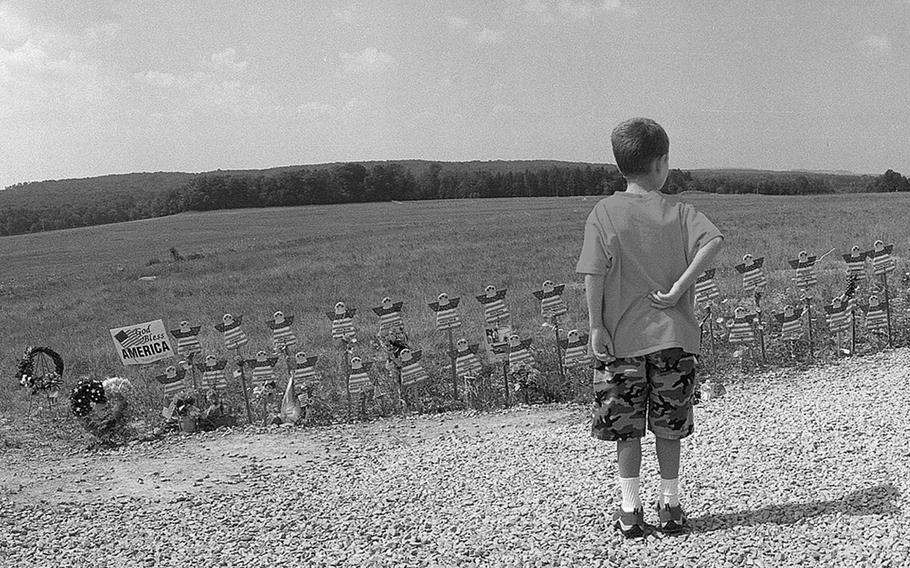 Like a broken bone that never healed properly, it still aches.

Painful national reminders are to be appreciated, because often the distorted priorities of politics, culture, society, and technology distract us from the importance of catastrophes that happened many years ago.

Lest we forget, ruthless terrorists hijacked four jumbo jets on September 11, 2001, and used them as weapons of mass destruction against the United States, murdering nearly 3,000 people on U.S. soil, including 72 law enforcement officers, 343 firefighters, and 55 military personnel. Furthermore, the attacks forever damaged Americans’ trust and faith in the inherent goodness of fellow humans, leaving a collective gaping wound on our national psyche that still festers to this day.

For those with a connection to people who died in the terror attacks, the wound of 9/11 remains raw, and the yearly anniversary continues to be a day of deep sadness and reflection. For others like me who witnessed the horrific event live on television as it happened (in my living room, one hand clasped over my gaping mouth, the other holding my 1-year old daughter, feeling the sting of tears and wondering if more attacks were on the way) but have no personal connection to the victims, a protective scab has formed allowing us to treat September the 11th as a day interspersed with moments of remembrance, when we bow our heads in silence and shudder thinking of the images that shocked us two decades ago.

But for many, the trauma, the historic toll and the graphic images have become hazy, clouded by two decades of desensitizing war, political wrangling, racial protests, cultural controversy, overexposure to violent viral images and the endless ebb and flow of everyday life. Complacent adults and the younger generation who have no personal recollection of the terror attacks might be wondering, “The anniversary of 9/11 is just like Pearl Harbor, right? More than 660,000 Americans have died of COVID-19, but we’re supposed to remember one day 20 years ago when our country got attacked by 19 terrorists? What’s the big deal?”

September 11th must always stand out as a pivotal moment in U.S. history, when Americans were slapped hard in the face with the frightening truth that terrorists will stop at nothing to accomplish their hateful goals unless we stand united against them.

Nearly 3,000 innocent men, women and children may have died in the attacks on September 11, 2001, but the event launched the U.S.-led Global War on Terror, which has to date killed 7,057 American military service personnel and resulted in the suicide deaths of 30,177 men and women who fought in post 9/11 war operations. Furthermore, of the 3,764,000 post-9/11 veterans, 53,249 were wounded in action, 413,858 suffered traumatic brain injuries, and approximately 752,800 suffered from PTSD or major depression. All in all, 1.5 million service members were left with a mental or physical disability connected to their post-9/11 military service.

And to those devastating figures we must add the recent tragic deaths of 13 heroic patriots who answered the call of duty that less than 1% of brave Americans receive. Eleven marines, one soldier and a Navy medic died at the hands of a terrorist suicide bomber at the Abbey Gate in Kabul Airport in Afghanistan on August 26, 2021, the last U.S. service personnel to die in Operation Freedom’s Sentinel, which ended with the abrupt pullout of U.S. troops and the immediate takeover of the Taliban last week.

This weekend, every American at home and abroad needs to take a moment to study what happened 20 years ago. If we are ever to successfully combat terrorism, we cannot bury our outrage under the minutia of everyday life. We must put aside the dirty, infectious, poisonous political, cultural and racial conflicts in which we’ve embroiled ourselves in recent years, and unite around the uniquely American principles of democracy, freedom and individuality.

Every September 11th, Americans must remove the dressing, rip the scab from our collective wound, and together as a nation, feel the raw pain, anew.