Who are ‘The Real Housewives of the Military’? 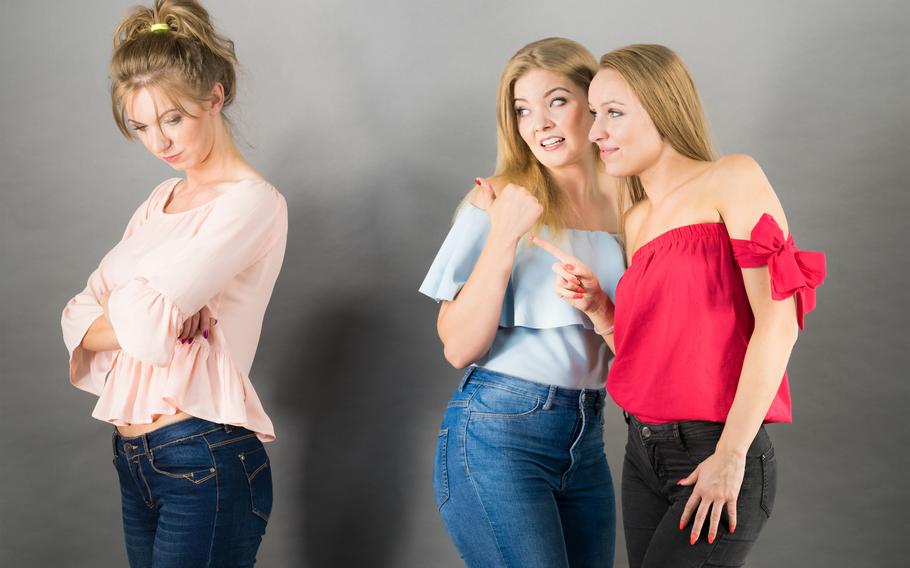 I’ll admit it: I love reality television. Ever since the early days of MTV’s “The Real World,” “Cops” and “Survivor”. I tried others, like “Big Brother,” “The Amazing Race,” “The Bachelor” and “The Apprentice.” But it wasn’t until I stumbled upon reruns of “The Real Housewives of New York” after our family moved back to the States from a tour in Germany, that I found my reality television “spirit animal.”

I gobbled up all the “Real Housewives” reruns until I was up to speed with the various franchises filmed in Orange County, New York City, Atlanta, New Jersey, District of Columbia, Beverly Hills, Miami, Potomac, Dallas and Salt Lake City — each featuring women with thick accents, and even thicker makeup.

Some say that the “Real Housewives” shows perpetuate gender stereotypes, blah, blah, blah. I say lighten up. The shows ARE morally and intellectually bankrupt, but I tune in for entertainment, not self-improvement. The outlandish cast members and ridiculous story lines are nothing like my reality. However, there have been moments during my 23 years as an active-duty Navy wife when I detected hints of the catty drama that is the cornerstone of every “Real Housewives” franchise. While I haven’t witnessed anyone flip a table while screaming, “You prostitution whore!”, I can imagine a Real Housewives show featuring gossipy, judgy military spouses …

[After a car insurance commercial, four military spouses posing in ball gowns appear on the screen, under a show title, “The Real Housewives of the Military.” The camera zooms in on each woman, as she announces her “tagline” over introductory instrumental music.

“You might drive a tank, but ain’t nobody rolling over me,” quips Army wife Janelle with a petulant grin.

“I may look fragile, but I can hold down the fort,” claims Marine wife Angela, flexing a sequined bicep.

“My husband is out to sea, but our family is ship-shape,” brags Navy wife Mona, striking a Rosy-the-Riveter pose.

“I’m no stranger to a cockpit, but I’m always on solid ground,” cracks Air Force wife Bridget in a sultry voice.

Opening scene: all four women sit around a picnic table at the base housing community playground, chatting while their kids play.

“I swear, if her kids leave their scooters in the cul-de-sac again tonight, I’m calling the ombudsman,” whispers Mona about Wendy, who recently moved into the neighborhood.

“Seriously. Just because your husband is deployed for a year doesn’t give you the right to make the rest of us pick up your slack,” says Bridget, rolling her eyes with dramatic flair.

Just then, Wendy approaches the picnic table and says cheerfully, “Hi guys!” The women plaster smiles on their faces and greet her, while glancing sideways at each other.

“What are you wearing to the military ball this weekend, Wendy?” asks Janelle with an arched eyebrow.

“I’m not sure I can go … can’t find a babysitter,” Wendy says, looking back at her three boys swinging and squealing like wild gibbons in a nearby tree.

“Well, Bridget’s daughter—,” starts Angela, but stops short when Bridget kicks her hard under the table. “—Uh, never mind. I think she’s busy actually,” she lies, wincing and rubbing her shin. For a moment, it seems like Wendy wants to sit at the table, but the women quickly spread their elbows, knees and diaper bags to take up as much room as possible.

Feeling rejected, Wendy slinks off to tend to her youngest, who has fallen off the teeter totter. Janelle, Angela, Mona and Bridget turn to each other and snicker.

This imaginary episode of "The Real Housewives of the Military” may be hypothetical, but it illustrates something important. We may think that we are better than the people we see behaving badly on television, but if the lens was turned on us, what would we see?

In reality, no one is perfect, but as military spouses we should always strive to support each other through our uniquely challenging lives of service and sacrifice. If military spouses had television taglines, I’d like to think ours would be, “Our spouses may wear the uniforms, but we’ll always be sisters and brothers in arms.”