Sensoji is Tokyo’s oldest temple and a tourist attraction in Asakusa. (Christopher B. Stoltz / S&S)

Sensoji is Tokyo’s oldest temple and a tourist attraction in Asakusa. (Christopher B. Stoltz / S&S) 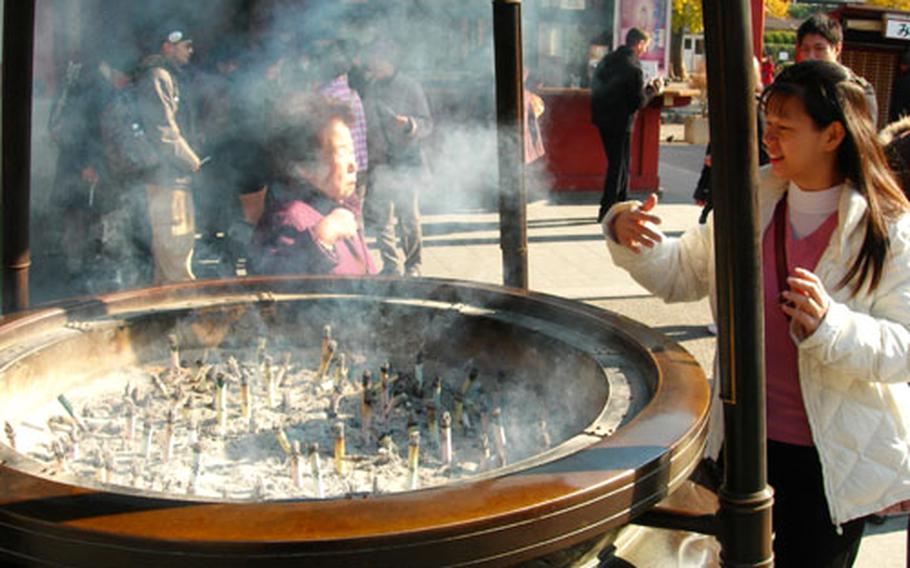 A visitor waves smoke onto her body as part of a Japanese tradition before entering the Sensoji Temple in Asakusa. (Christopher B. Stoltz / S&S) 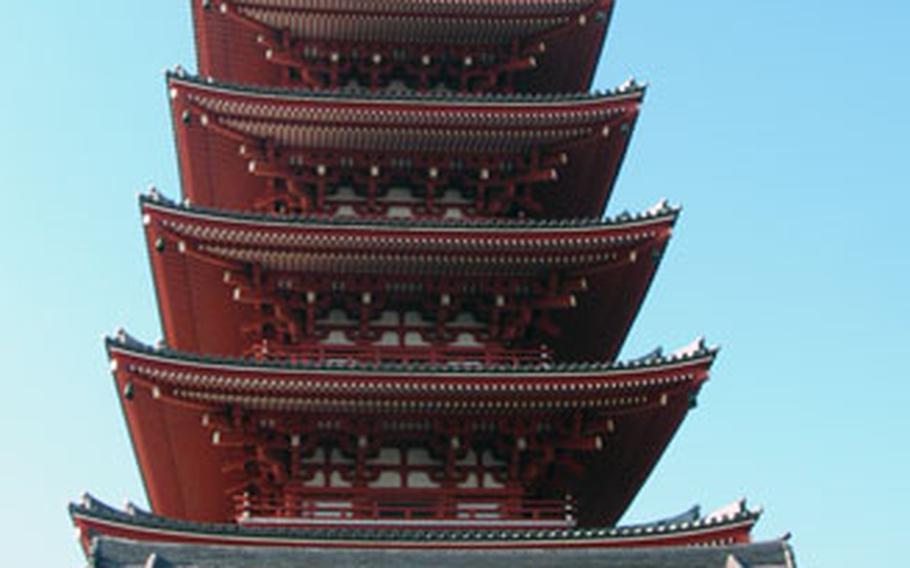 The Pagoda is a popular attraction in Asakusa. (Christopher B. Stoltz / S&S) Patrons pray inside of Sensoji Temple. The temple is Tokyo&#39;s oldest and a short train ride from the city&#39;s center. (Christopher B. Stoltz / S&S) 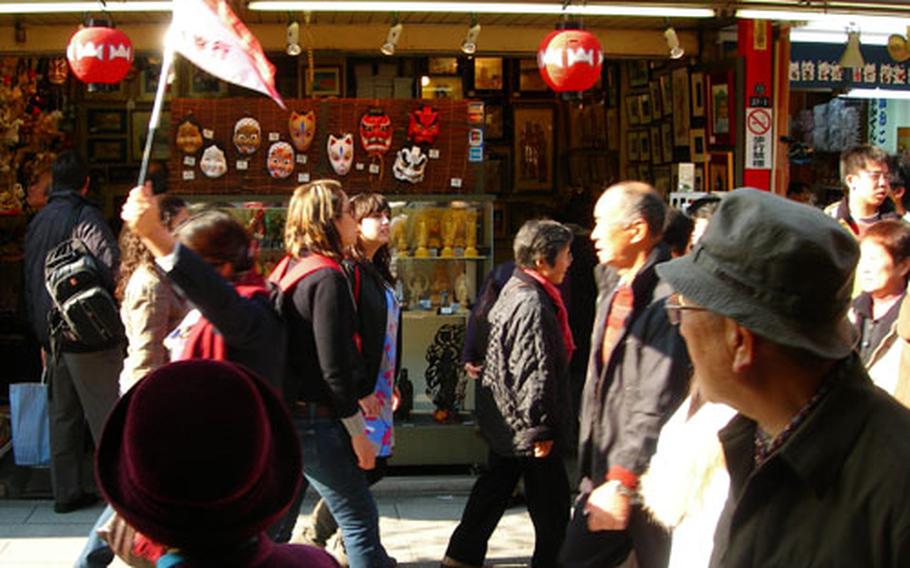 Shops line the street leading up to Sensoji Temple. Here, a tour guide leads a group past a souvenir shop. (Christopher B. Stoltz / S&S)

There are many temples to check out across Japan.

If you&#8217;re looking for something a little different, take a train to Asakusa and visit Sensoji, Tokyo&#8217;s oldest temple.

Located in the northern part of Tokyo, Asakusa also houses a few other things of interest for tourists, including Kaminarimon Gate, a shopping district and a large pagoda.

From the heart of Tokyo, I purchased a round trip to Asakusa for less than 400 yen. My first stop was the Asakusa tourist information building, directly across the street from the Sensoji temple. The desk clerks, who were very nice and spoke English, informed me that one of the main attractions, Nitemmon Gate, is undergoing renovations. The Gate was built in 1618 and survived the air raids of World War II. I was a little bummed I didn&#8217;t get to see it.

Instead I headed to Kaminarimon Gate, through which I entered a street jam-packed with foreigners snatching up gifts for loved ones back home. The street between the gates and temple is used as a market square. The atmosphere was like a country festival.

The gift shops were quite affordable, with a wide selection of items, from kimonos to that Ultraman action figure you&#8217;ve been looking for.

The street was easily maneuverable despite the elbow-to-elbow traffic the whole way to the temple. Once inside the temple you have your normal options of tying wishes to a stand, throwing coins and buying a fortune paper.

While walking down the street to the main hall you can see the pagoda &#8212; a tiered tower with multiple eaves and is normally built near religious structures &#8212; on the left. Many tourists take photos with this structure in the background.

Two local fishermen found a statue of the god Kannon in the Sumida River in 628 and the main hall is where locals come to worship her. There are two replicas of Kannon inside the main hall.

As I walked back through the street to the Asakusa subway stop, I noticed a Japanese man making tiny treats in a skillet. As I ate my treat and navigated through the crowd, I noticed the leaves had changed to a nice orange and red, complementing the red-and- white-bricked streets.

If you goGetting there: Asakusa is at the end of the Ginza Line. One way to get there is to get on the JR Yamanote Line. Other options are to take the Toei Asakusa Line or use the Tobu-Isesaki Line. Cost of the ticket is 380 yen roundtrip from Roppongi Station to Asakusa Station.