Darwin’s Mindil Beach is a gamble 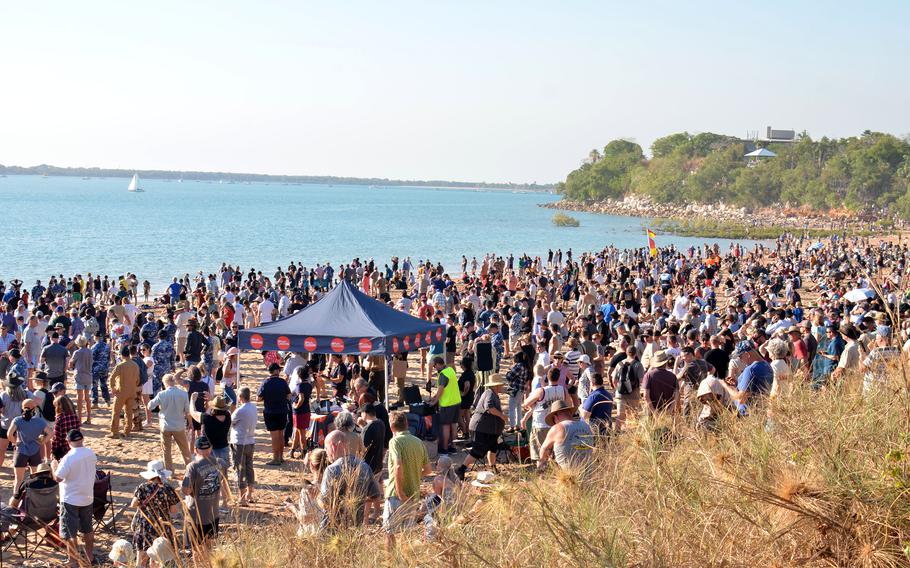 Every other year, Mindil Beach in Darwin, Australia, attracts thousands who come to see an air show as part of the Royal Australian Air Force’s Pitch Black exercise. (Seth Robson/Stars and Stripes)

The beach is one of a limited number of swimming spots near central Darwin, which is separated from the waterfront by steep cliffs.

Mindil Beach is even closer to Larrakeyah Defence Precinct, where U.S. Marines deploy to Australia for six-month training rotations during the Southern Hemisphere winter.

A Sunset Market at Mindil Beach operates from 4 p.m. to 9 p.m. on Thursdays and Sundays during the dry season between April and October. It features around 200 stalls selling food and drink and everything from sunglasses to hats, clothing and jewelry.

Every other year, the beach attracts a crowd of thousands who come to see an air show as part of the Royal Australian Air Force’s Pitch Black exercise, where 17 other nations flew supersonic fighters last year between Aug. 19 and Sept. 8.

This year’s airshow included a Marine Corps MV-22 Osprey hovering just offshore and a pair of Marine Corps F-35B Lightning II stealth fighters. An Australian F-35A did loop the loops and other tricks above the beach.

Swimming is allowed at Mindil and there are lifeguards on duty. However, a sign next to the beach includes a warning about venomous box jellyfish and locals say that saltwater crocodiles are a hazard.

“Any body of water in the Top End (Northern Territory) has the potential to contain large and dangerous saltwater crocodiles,” the territorial government said in a 2021 report on managing risks posed by the creatures.

Since 1971, crocodiles have killed 23 and injured 51 in the Northern Territory, according to the report.

Authorities trap and remove crocodiles that get too close to Darwin but there is still a “medium” risk posed by the creatures. Between 2011 and 2019, according to the report, 2,315 crocodiles were captured around Darwin with the largest measuring over 15 feet.

“Removal often creates vacant territory that is quickly filled by the next most dominant crocodile,” the report warns. 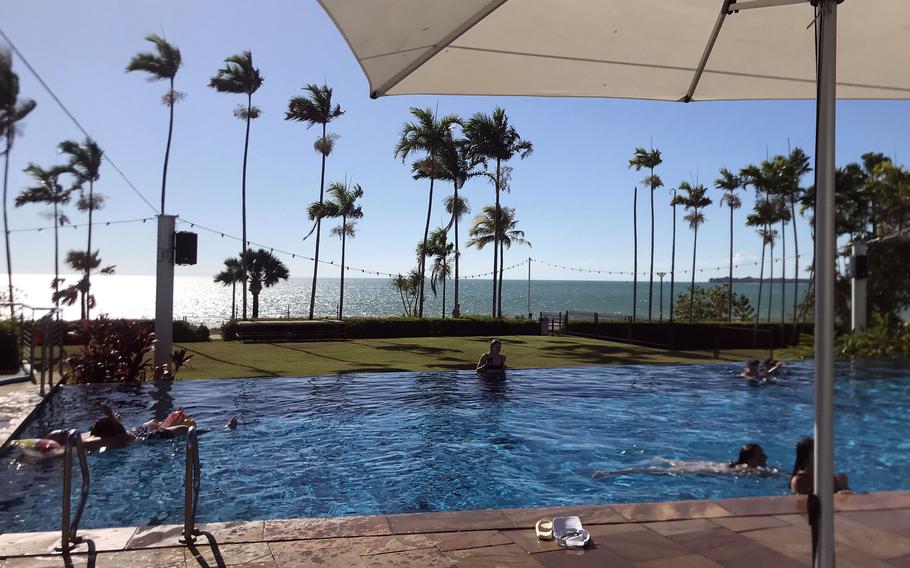 The outdoor pool at Mindil Beach Casino, which looks out over the sand, is a more popular option than the sea at Darwin, Australia. (Seth Robson/Stars and Stripes)

The outdoor pool at Mindil Beach Casino, which looks out over the sand, is a more popular option than the sea, although a sign states that it’s for the use of casino guests only.

If you like gambling, the casino has most of the games you’ll find in Las Vegas along with a sports bar showing rugby and cricket on several large screens.

The beach borders the George Brown Darwin Botanic Gardens, which include 100 acres planted with Australian and other tropical plants. Walking paths lead along the beach front and through the gardens. 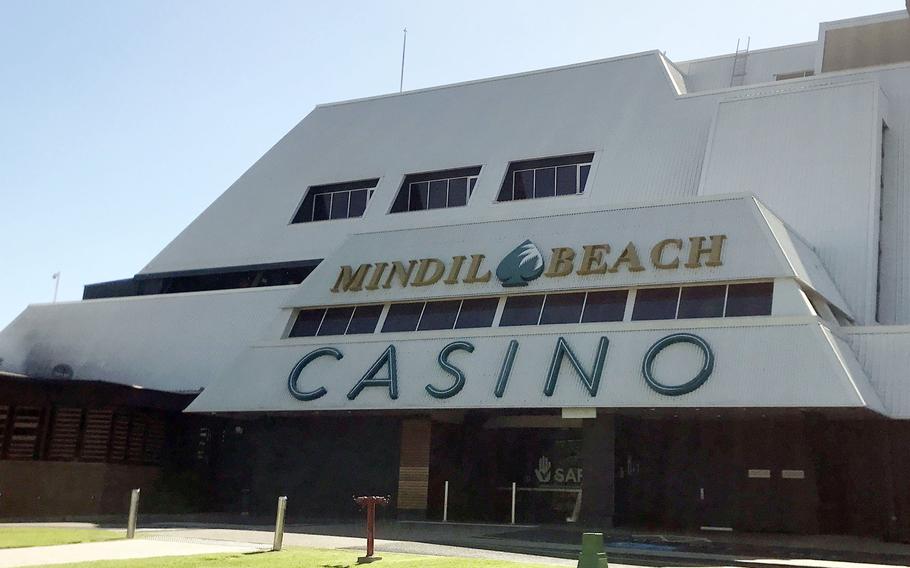 If you like gambling, the Mindil Beach Casino in Darwin, Australia, has most of the games you’ll find in Las Vegas along with a sports bar showing rugby and cricket on several large screens. (Seth Robson/Stars and Stripes)

There are plenty of sports facilities nearby, including tennis courts, an Australian Rules field and the nine-hole Gardens Park Golf Links where a round will cost you about $10.

You can ride to and from the beach on local buses or walk there from central Darwin without too much time and energy. Electric scooters and bikes, which can be rented for a few dollars, are another convenient way to get about in Darwin.

Location: Less than a mile from central-city Darwin.

Directions: North on Smith Street, turn at Gilruth Avenue and head downhill. The beach carpark is on the left immediately past the casino entrance.

Food: There are numerous food vendors at the Sunset Market on Thursdays and Sundays. The golf club and the casino also have bars and food.