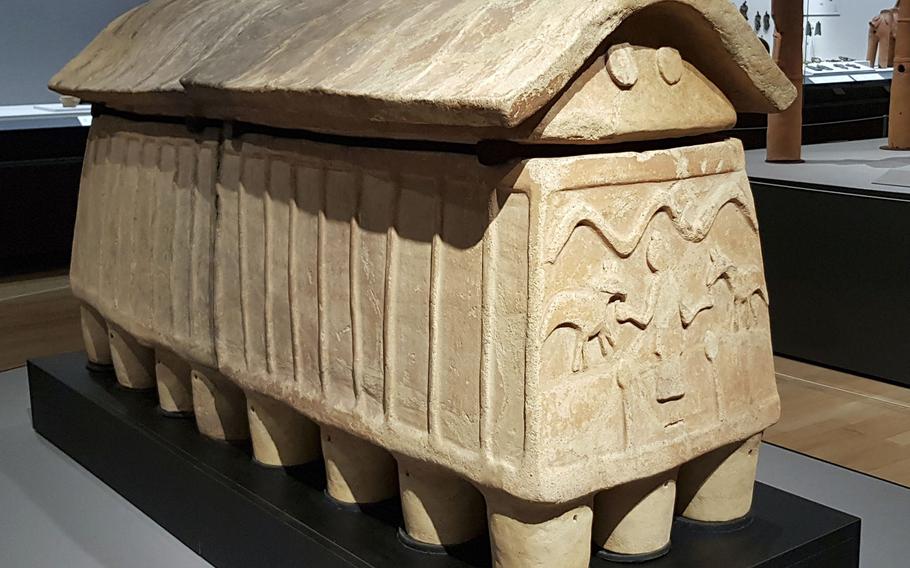 An ancient coffin at Tokyo National Museum, which is celebrating its 150th anniversary. (Juan King/Stars and Stripes)

Time is running out to experience the Japanese history and treasures that abound in a special exhibit at the Tokyo National Museum in Ueno Park.

Tokyo National Museum: Its History and National Treasures is housed in the Heiseikan, or special gallery built in 1993 on the occasion of the wedding of Crown Prince Fumihito Akishino.

About 90 national treasures are on display, along with more than 640 important cultural properties, for the first time in 150 years at the museum in Ueno Park. Japanese armor and helmets made of iron are preserved at the Tokyo National Museum in Ueno. (Juan King/Stars and Stripes)

Visitors can catch a glimpse of the priceless artifacts and treasures until Dec. 11. They include “Cypress Trees,” a painting on a folding screen by Kano Eitoku, dates to the late 1500s.

A large portrait of Takami Senseki, a scholar during the Edo period, is another major work situated among the treasures. It is considered as one of the greatest paintings by Watanabe Kazan (1793-1841).

Tickets were selling fast for each exhibit day, so it took a little website refreshing to finally land one on a weekday soon after the opening, at the first available slot, 9:30 a.m. 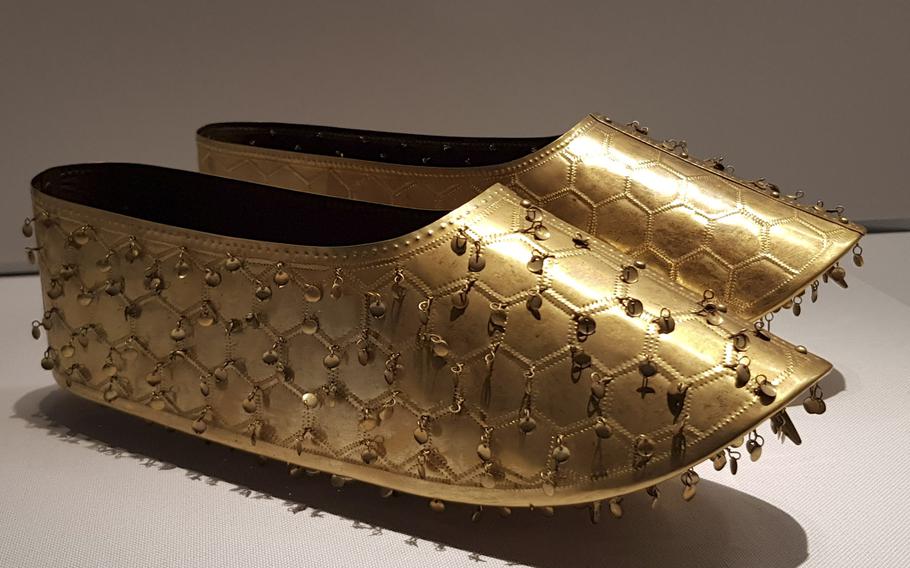 Elaborately embroidered shoes from a Korean dynasty are on display at the Tokyo National Museum in Ueno. (Juan King/Stars and Stripes)

Adult admission is 2,000 yen, or about $14.45, and visitors may either print their QR-coded ticket or display it on their mobile phones at the entrance.

The special exhibit area on the second floor includes eight display categories, including paintings, calligraphy and the Horyuji Treasures, which include more than 300 precious objects, mostly from the 7th and 8th centuries.

“Pitcher with Dragon Head” from the Asuka period, is among the rare items included in the metal works exhibit. You’ll also come across gilt bronze Buddhist statues, vases and ritual bowls. A finely crafted sword blade sits on display at the Tokyo National Museum in Ueno. (Juan King/Stars and Stripes)

Archaeology, lacquerware and a wonderful collection of priceless sword blades, crafted by famous Japanese sword makers from the 10th through the 14th centuries, round out the exhibits on that floor.

I made haste on the second floor because visitors are allotted only an hour to see all its exhibits. Photography is prohibited in the special exhibition area, except near the exit of the last area where I was able to photograph a couple of tall, 12th-century gate guardian statues. Museum staff stood strategically throughout the floor to enforce the rules, including remaining quiet. 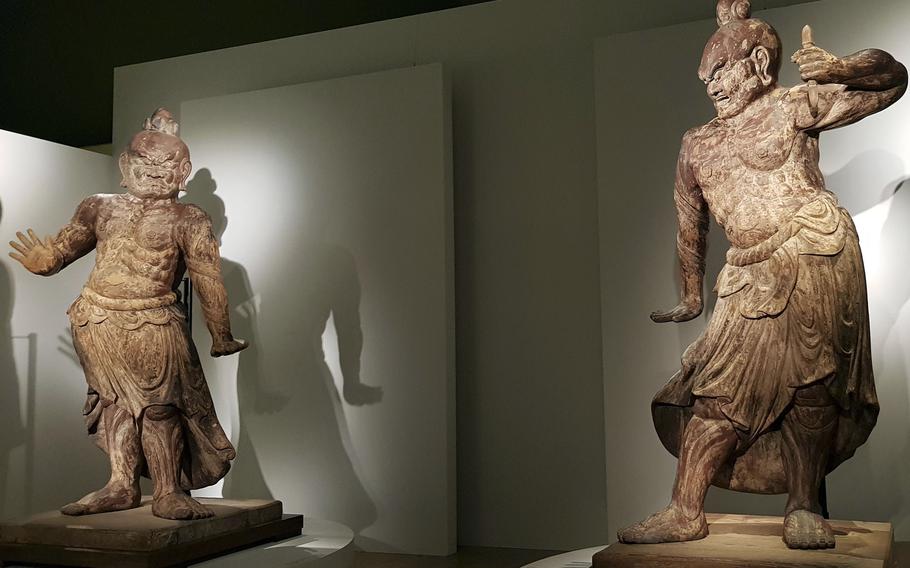 Allow yourself extra time to view the expansive number of regular exhibits, which are also accessible with the price of admission. One area allows you to make your own stamped card copy of kabuki actor Otani Oniji III as the character Yakko Edobei, famous during the Edo period. 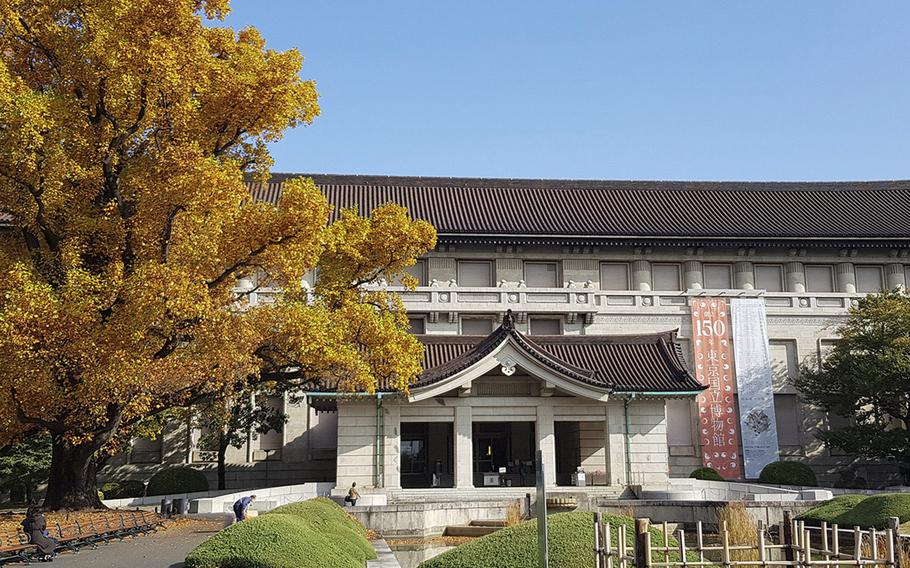 Tokyo National Museum in Ueno is marking its 150th anniversary by exhibiting a plethora of special treasures. (Juan King/Stars and Stripes)

Food: There are cafes within or near the museum, and the Ueno area has an abundance of dining options.

Information: Tickets must be reserved online at tohaku150th.jp/ticket.