Lego, JR East are stamping up Tokyo to celebrate anniversaries in Japan 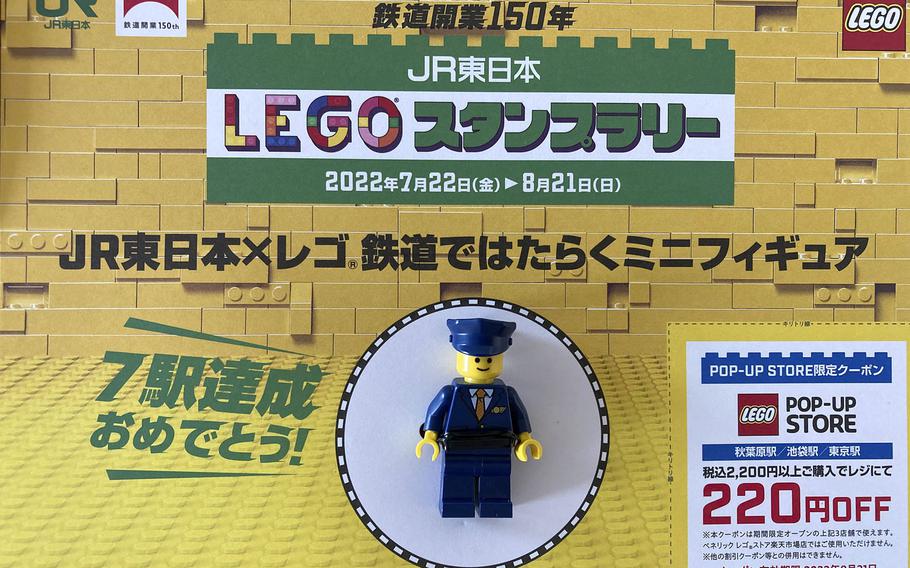 Collect special Lego stamps at Tokyo-area train stations through Aug. 21, 2022, and prizes like this limited-edition train conductor minifigure can be yours. (Juan King/Stars and Stripes)

Lego lovers still have time to complete a stamp-collecting challenge at Tokyo-area train stations, collect a small prize and get comfortable riding the rail system.

Participants move from station to station collecting ink stamps on a large game card. Seven stamps qualify the holder for a prize. Thirty stamps bring a larger prize. Brochures with a stamp section are available at 30 stations in the Tokyo metropolitan area. Participating stations are listed in the brochure. 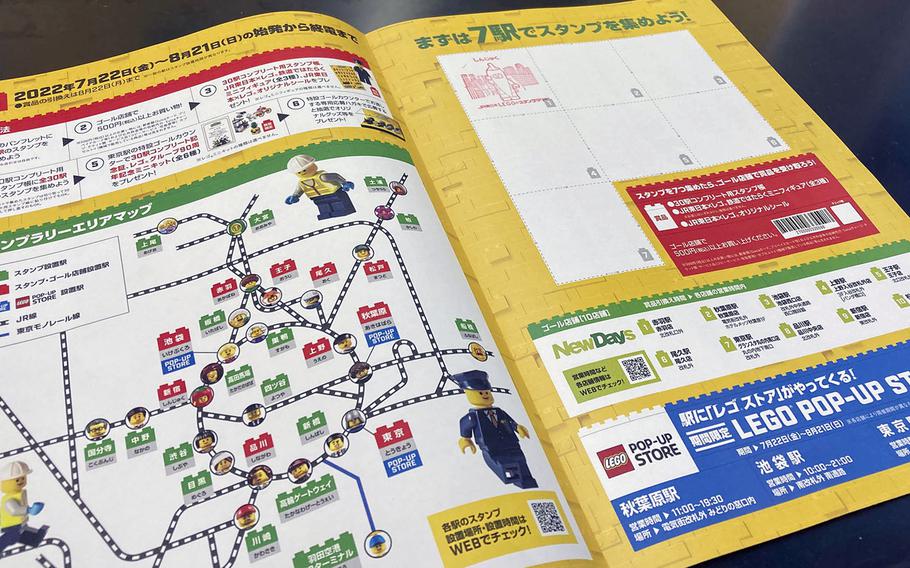 Lego lovers still have time to complete a stamp-collecting challenge at Tokyo-area train stations, collect a small prize and get comfortable riding the rail system. (Juan King/Stars and Stripes)

Shinjuku Station, reputedly the world’s busiest rail terminal, is where I began my hunt for seven stamps on a hot August weekday. At any moment the maze-like station teems with thousands of commuters.

The stamp section is distinguishable by Lego wallpaper with “Shinjuku” printed on it. I found it by asking at the information desk. The ink stamps bear the station name in hiragana, a Japanese phonetic lettering system, and a special Lego minifigure. Shinjuku’s figure resembles a red chili pepper. 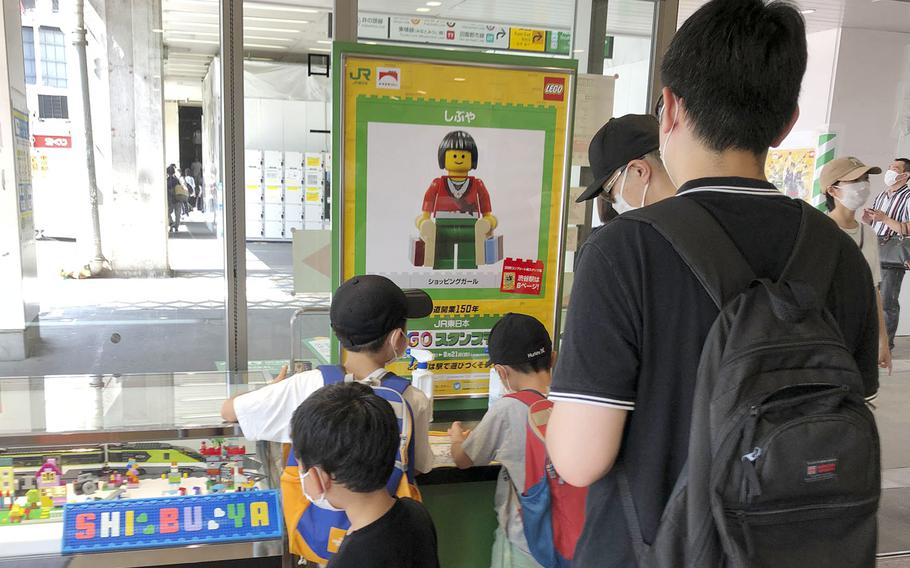 People line up to collect a special Lego stamp at Shibuya Station in central Tokyo. Shibuya's minifigure for the stamp rally is called "Shopping Girl." (Juan King/Stars and Stripes)

The following Sunday I resumed the trail through another six stations I needed to complete the card. It took some effort because the stamp areas were not always immediately visible at the stations, but that made the hunt more challenging.

Waiting on trains, reaching the next stations and navigating the crowds and summer heat to finally discover a stamp location took some commitment. Usually, I needed an assist from the information desk, security guards or by catching sight of the Lego signs set up to direct players to the stamp tables.

I was not alone in my quest.

“It’s very enjoyable,” said an older Tokyo resident, Hiromitsu Hamamoto, at Nakano Station. “It was definitely an adventure for me.” 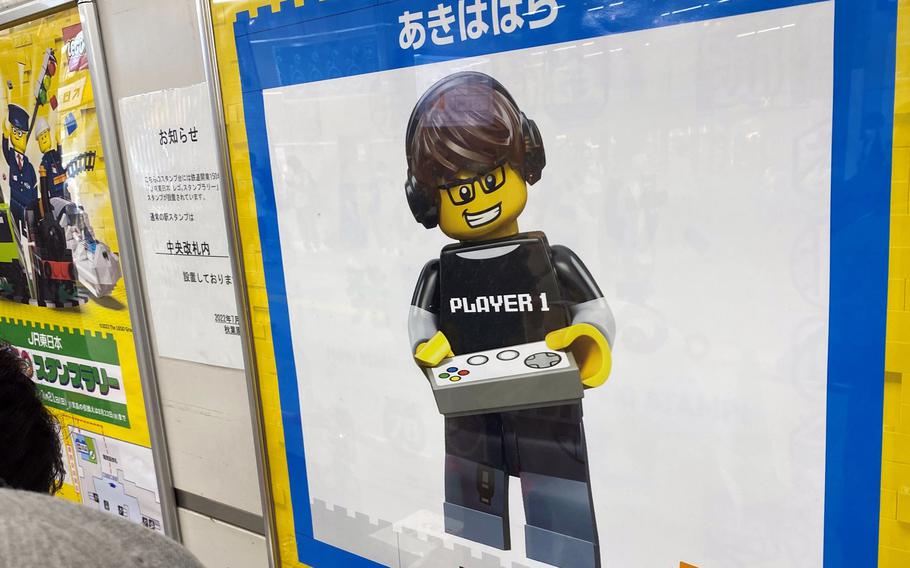 People line up to collect a special Lego stamp at Akihabara Station in central Tokyo. Akihabara's minifigure for the stamp rally is called "Pro Gamer." (Aaron Kidd/Stars and Stripes)

My stamp-collecting journey took me from one side of Tokyo to the other, over miles of track and through the myriad tunnels that define Tokyo’s stations. With my fifth stamp, I was energized to keep moving; I was almost there. Onto the next station and the next, Meguro, my goal and the seventh station.

Victorious, I returned to Shinjuku, one of 10 designated goal stations where collectors can claim their prize.

On the final leg, I queried a Shinjuku Station employee for the location of a New Days convenience store where stamp collectors can claim their prize, a Lego minifigure. Several are available, but I chose one of a station employee.

To claim the prize, I presented the completed card and paid a hefty ransom in the form of a 500 yen or more purchase of anything inside New Days.

I knew it probably would be a bit of a challenge on my time to get to the 30-station mark, so seven is where I ended. But I did witness several others working on that milestone to beat the Aug. 21 deadline.