Only in Japan: Super Nintendo World offers a one-of-a-kind experience, until 2023 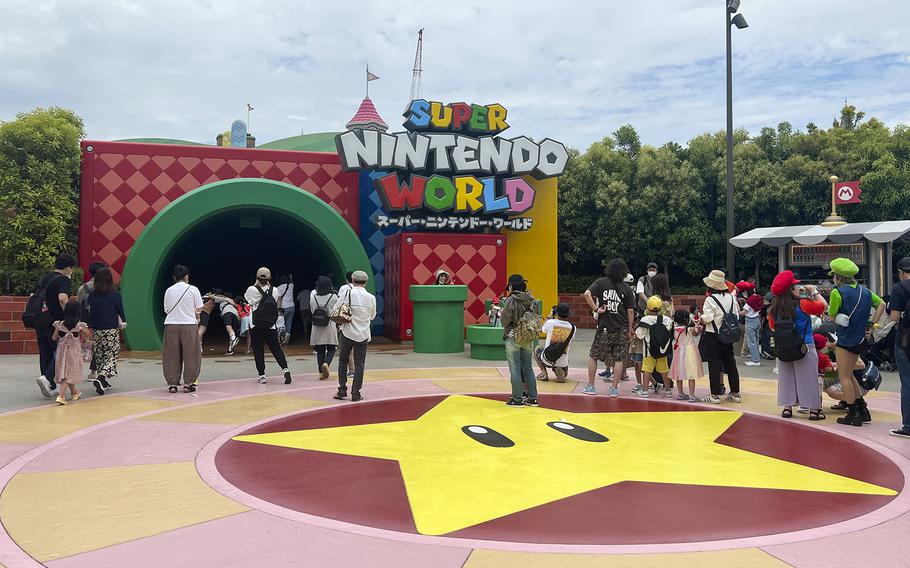 People gather near a giant green pipe that leads to Super Nintendo World at Universal Studios Japan in Osaka. (Kelly Agee/Stars and Stripes)

Large crowds gather near a giant green pipe that leads to Super Nintendo World at Universal Studios Japan in Osaka.

Once inside, they are warped into the lobby of Princess Peach’s Castle, a prominent landmark in the Mushroom Kingdom of the Super Mario Bros. video games.

Guests are greeted by walls covered with photos of characters from the games. When they exit the castle, they enter the colorful world of the classic Super Mario World game franchise. 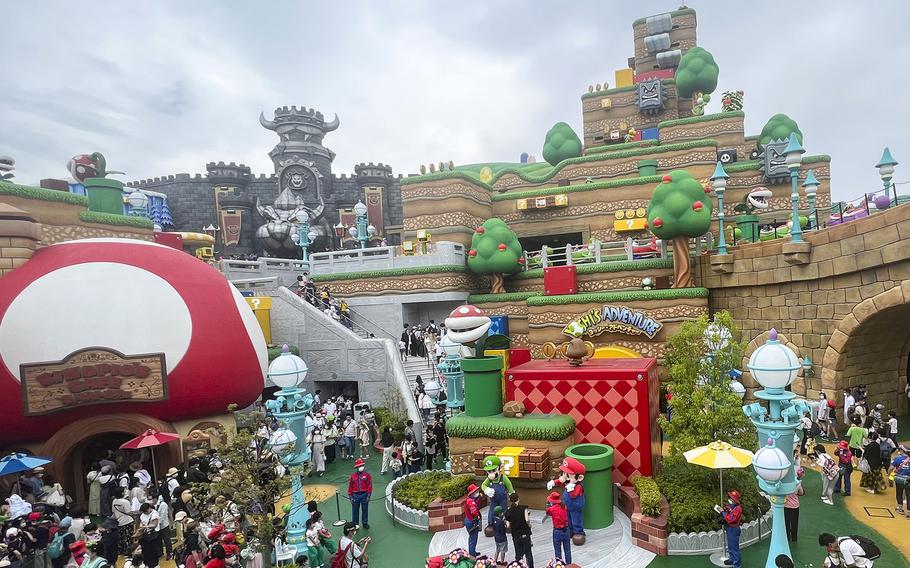 Super Nintendo World at Universal Studios Japan in Osaka can be a bit overwhelming. (Kelly Agee/Stars and Stripes)

It can be a little overwhelming. It’s a magical world where music from Super Mario World plays and animatronics move around just like they do in the games.

This one-of-a-kind section of the park opened in March 2021 and is an attraction found only at Universal Japan. Universal Studios Hollywood is building the park to open in 2023, according to its official website.

Also, the Universal Express Pass lets guests skip the long lines at the two rides inside the Nintendo park, which can be an hour or more wait. 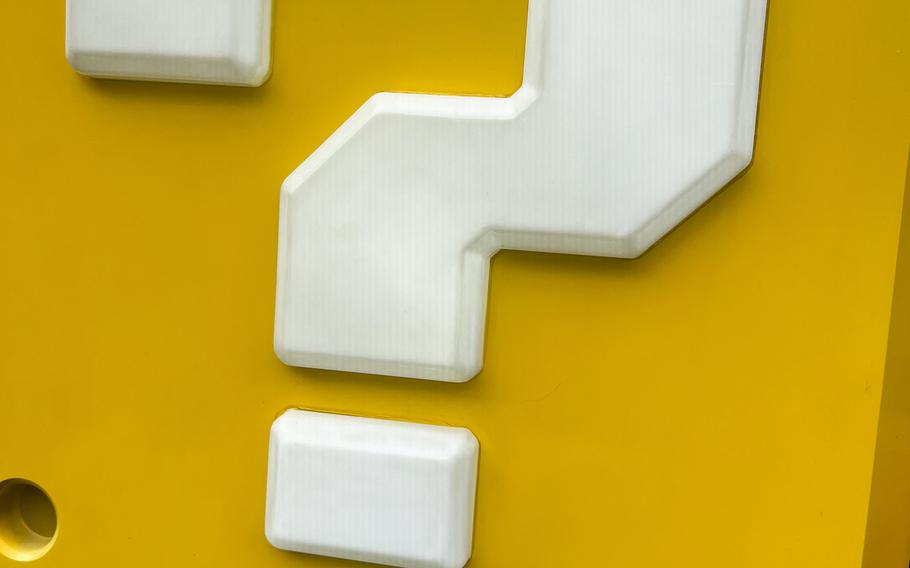 Another feature offered are the power-up wristbands, which provide a way to interact with various elements inside the park. The bands cost 3,800 yen or about $29. With them guests can battle enemies, collect coins by hitting question mark blocks and unlock stamps. The bands can also be used on Nintendo Switch games to unlock costumes and assists. 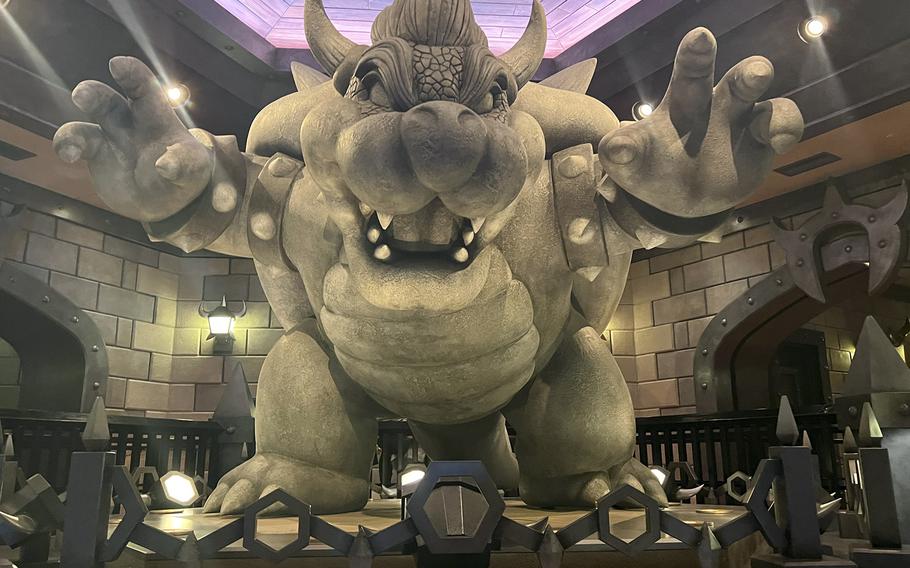 My favorite attraction is Mario Kart: Koopa’s Challenge, which places riders into the Mario Kart games. Guests ride in a four-person “kart” along a track. They wear augmented reality headsets that simulate throwing shells and collecting coins as they steer their virtual karts. It is not too intense and though there are twists and turns, it’s a perfect ride for the whole family. 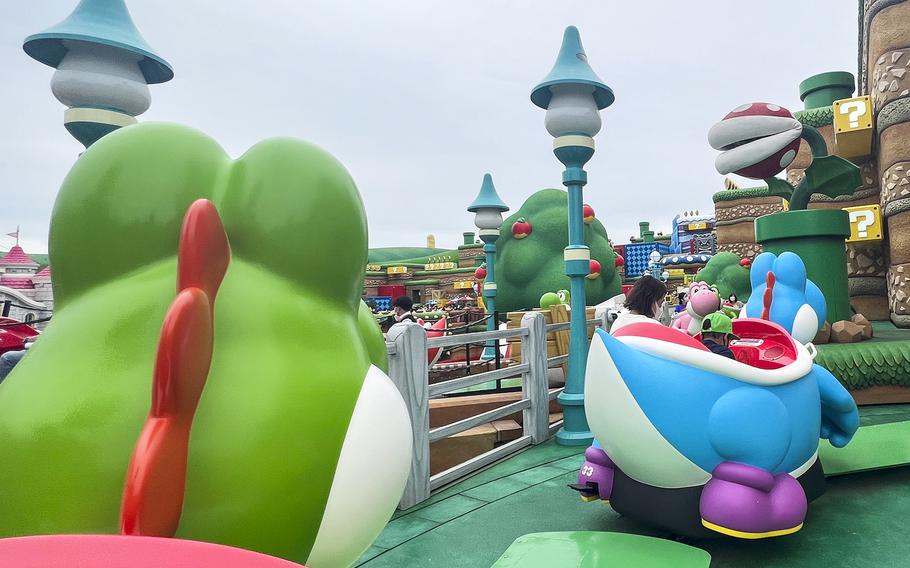 Yoshi’s Adventure is a more relaxing ride. Guests get to ride Yoshi as they hunt for three mysterious Yoshi eggs. This is also a way to snap photos and get a full view of the park.

At souvenir shops at the 1UP Factory and Mario Motors, Mario aficionados may purchase plush toys, pillows, socks, pens, shirts, backpacks and key chains of their favorite characters. 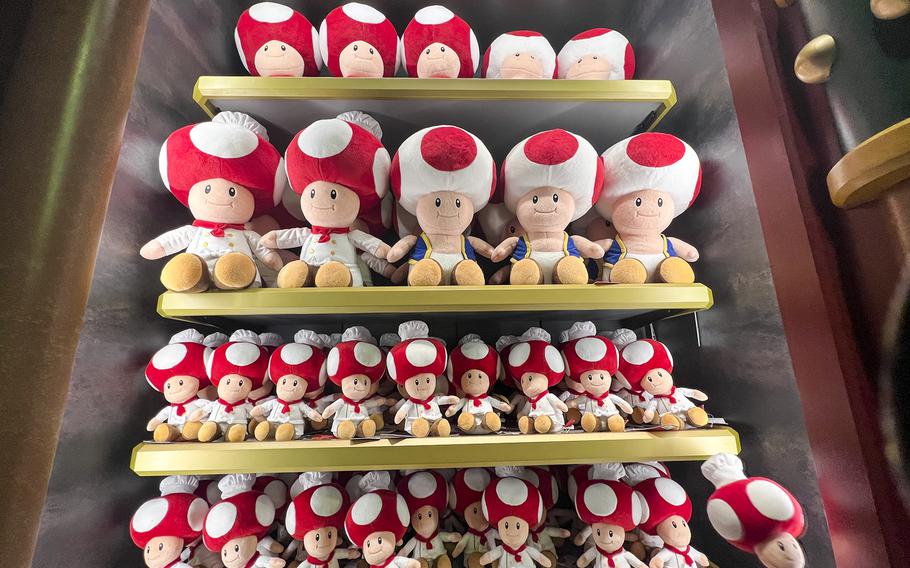 Toad plushes for sale inside the 1UP Factory at Super Nintendo World in Universal Studios Japan. (Kelly Agee/Stars and Stripes)

When guests get hungry there is a restaurant, Kinopio’s Café, open 10:30 a.m. to 6:30 p.m. Monday through Friday and 9 a.m. to 6:30 p.m. Saturday and Sunday. Menu offerings include burgers and pizza named after your favorite Mario characters. Even on a Monday the café line was long, so I don’t recommend it for guests who have a tight schedule in the park.