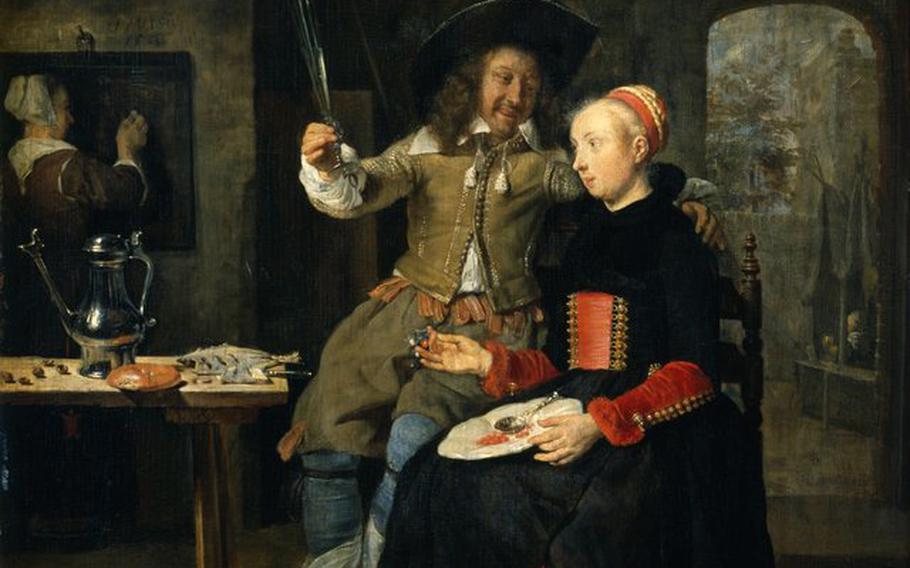 Gabriel Metsu's 1661 oil painting, "Self-Portrait of the Artist with his Wife Isabella de Wolff in the Tavern," is part of the Dutch Masters of the Golden Age exhibit at the Tokyo Metropolitan Art Museum until April 3, 2022. (Wolfgang Kreische/Dresden State Art Collections)

Johannes Vermeer in his own day catered to a local clientele and so when he died, indebted, at age 43, with maybe 45 paintings to his credit, his name faded into obscurity until the late 19th century.

Today he’s among the most well-known painters of all time, if not by name, then by his signature piece, “Girl With a Pearl Earring,” played so well by Scarlett Johansson in the eponymous 2003 film with Colin Firth as the artist himself.

Another of Vermeer’s now-famous works, “Girl Reading a Letter at an Open Window,” is in Tokyo, on exhibit, but hurry and plan ahead if you want to see it. The exhibit at the Tokyo Metropolitan Art Museum, the first for the restored painting outside Germany, closes April 3.

The exhibit’s popularity and lingering concerns over COVID-19 mean you must book a time online. Based on the lines to see the exhibit and the three days in advance I was barely able to book a time slot, the show is very popular.

It’s definitely worth seeing. Even the mildly enthusiastic art aficionado will get a kick standing in front of this famous painting, which was restored by its custodian, the Dresden State Art Collections, over 1½ years starting in 2017. The restoration unveiled another painting within the painting, a Cupid figure looming on the wall above and behind the girl reading her letter. Johannes Vermeer's "Girl at an Open Window Reading a Letter," after it was restored to reveal a painting of Cupid within the painting. (Wolfgang Kreische) 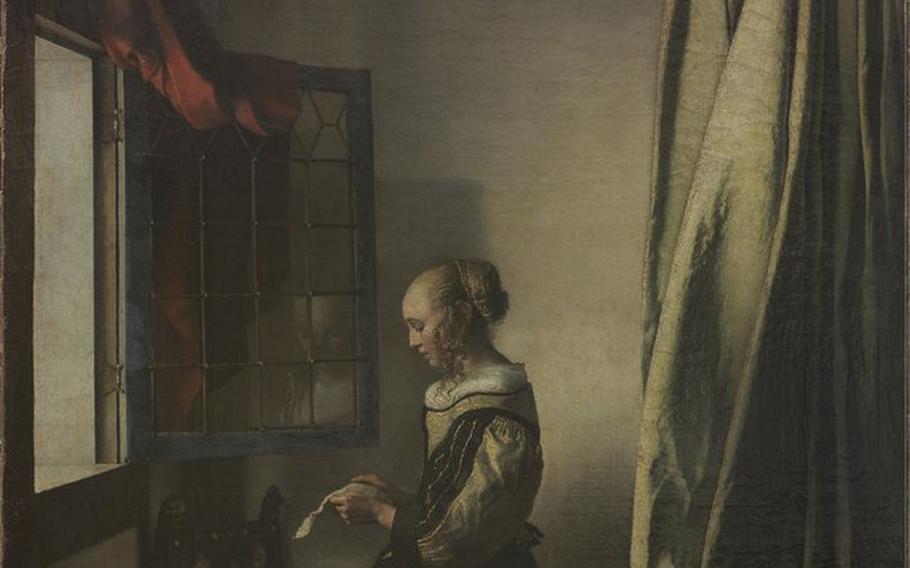 A detail of the restoration work that went into Johannes Vermeer's "Girl Reading a Letter at an Open Window." (Wolfgang Kreische/Dresden State Art Collections)

Cupid’s presence was known for decades, and scientific analysis showed it was covered up long after Vermeer’s death. Nearly an entire gallery is dedicated to the painting and an exposition of the restoration methods, which are painstaking but also fascinating as a process.

But the result itself is stunning. The painting occupies a place of pride, and a handful of rapt viewers are clustered in front of it at all times. The revealed Cupid is interesting but the painting itself is much more vibrant, colorful and lively.

Vermeer’s hand captured the woman’s figure in lifelike pose, along with a rich, detailed setting from her reflected image in the window glass to the woven pattern in the folds of fabric on a foreground table. The restored work is so much more alive than you would expect a 300-plus year-old oil painting to be.

Wait, there’s more. The Vermeer is a headliner for a more expansive showing of paintings by Dutch painters of the 17th century, 70 works, most by the old masters of the Golden Age in Holland. 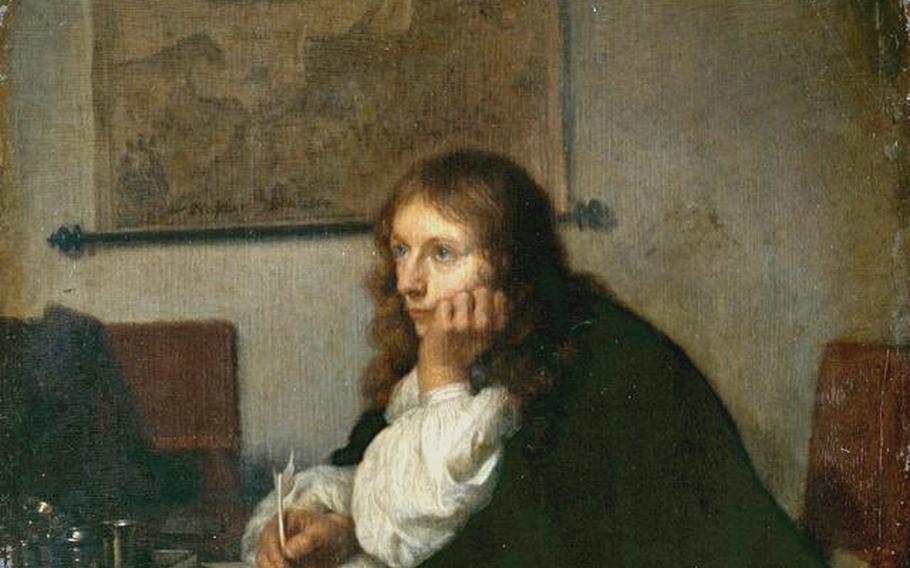 Rembrandt, Frans Hals, Gerard ter Borch and many others are represented in the collection on loan from Dresden. These painters turned to scenes of everyday life for their subjects. Selling poultry apparently was a popular motif, along with artist self-portraits, still life and landscape paintings. The exhibit is stacked on three floors and numerous galleries. You may grow weary of Dutch genius but the Vermeer is worth the trek.

The Tokyo Metropolitan Museum is located in Ueno Park, so make a day of it and stroll the grounds for sakura before catching an eyeful of oil on canvas.

Directions: From Kanda Station take the Yamanote Line to Ueno Park. From the station it’s a straight shot past the Tokyo Bunka Kaikan on your left toward the zoo. At the Starbucks in the park, bear right and you’re there. Signs mark the way.

Food: The museum has a restaurant but the area around Ueno Park is chock full of restaurants.