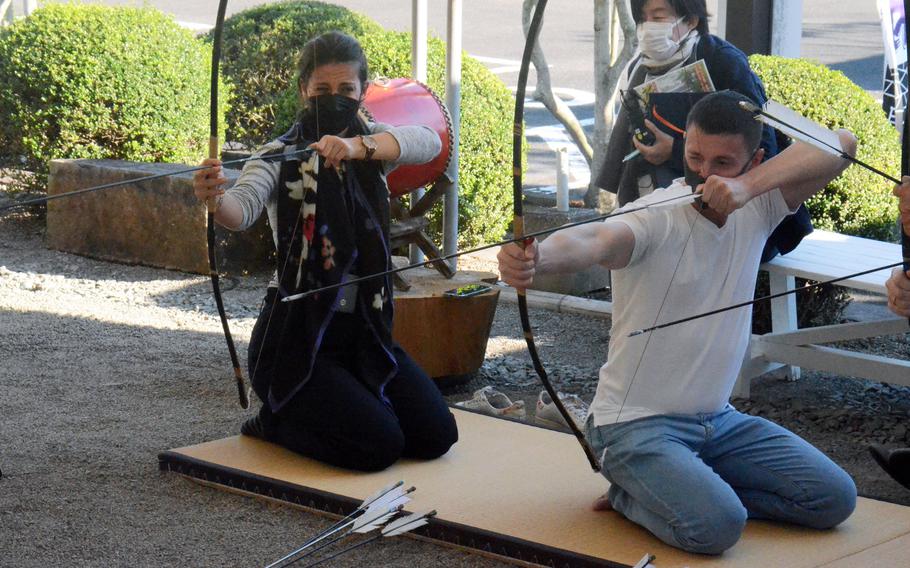 Buy Photo
Shihan Mato is a style of Japanese archery in which the shooter unleashes arrows at a target from a seated position. (Seth Robson/Stars and Stripes)

Shihan Mato is a style of Japanese archery in which the shooter unleashes arrows at a target from a seated position.

The sport started in lands governed by the Shimazu clan during a time of warfare between 1467 and 1603 in modern-day Miyazaki prefecture on Japan’s southern island of Kyushu.

Archery is an ancient tradition in Japan. The earliest known images of people shooting bows in the country date to the Yayoi period, from 500 B.C. to 300 A.D.

Kyudo archery is the most common form of the sport in Japan and was the type practiced by samurai.

However, peasants living in Shimazu lands were allowed to practice archery only when seated because their feudal overlords feared they might use their bows to rebel.

You can try out this ancient art at Obi Castle Town in Miyazaki’s Nichinan City for a small fee.

Archers can either kneel on a mat or sit on a small platform and shoot at targets about 27 feet away. 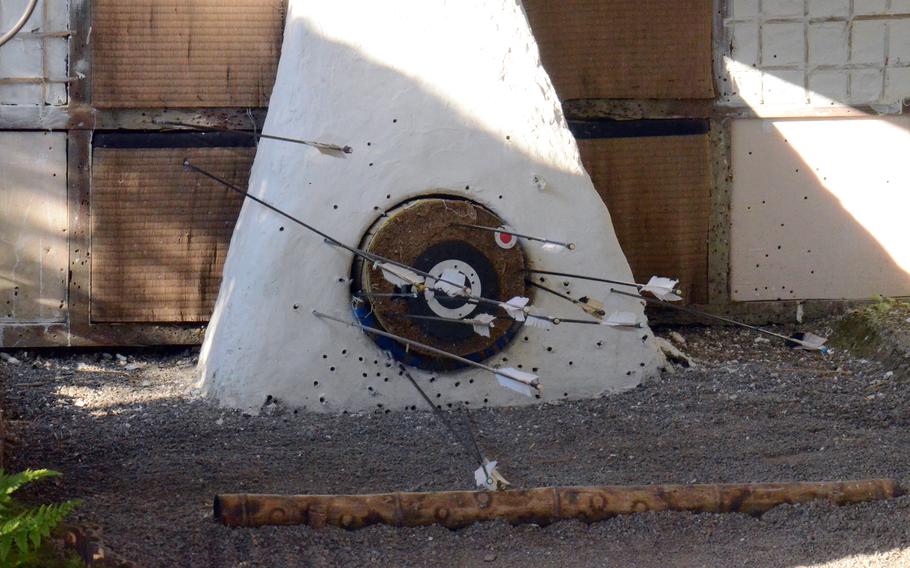 Buy Photo
Archery is an ancient tradition in Japan. The earliest known images of people shooting bows in the country date to the Yayoi period, from 500 B.C. to 300 A.D. (Seth Robson/Stars and Stripes) The arrows you fire are quite long – about 3 feet – and tend to veer slightly to the right of where you’re aiming. The folks at the range have added a little dot left of the target for people to shoot at.

The lightweight bows and short distance to the target make the sport something that doesn’t require much strength to compete in. It’s an activity that older people and men and women can participate in together.

In recent years, drinking has been banned at official contests, but some locals say the sport isn’t fun without alcohol.

If you hit the target, an employee will bang a drum; a bulls-eye gets you a small prize.

Directions: The archery range is next to a public parking lot and bathrooms and a short walk from Obi Castle.