Peruvian restaurant proves to be a tasty find in western Tokyo 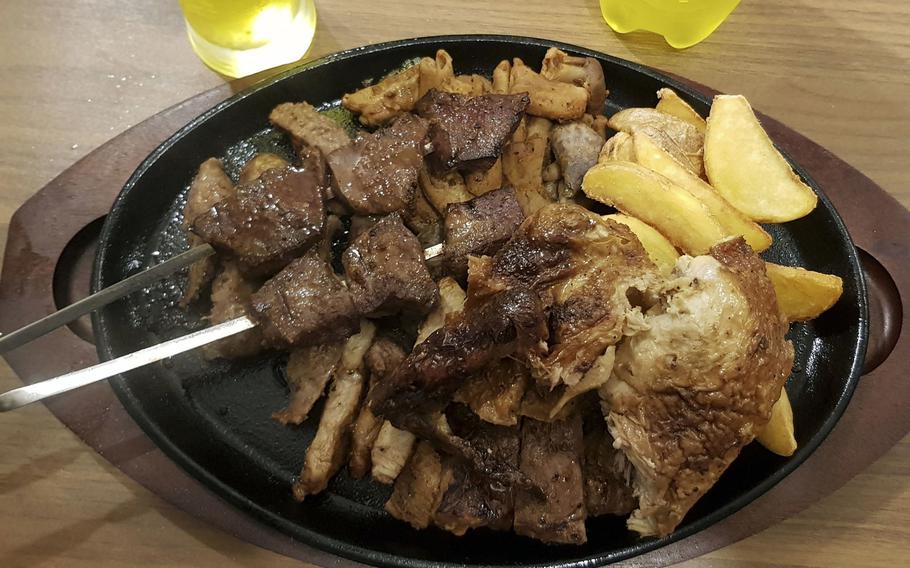 Misky's menu has a variety of appetizing meat-based options. (Juan King/Stars and Stripes)

My family wasn’t totally familiar with Peruvian-style cuisine, but I recalled a pleasant experience my first time back in the U.S., so we decided to give Misky a try. The small restaurant has seating for 12 in the main dining area, with room for more in a private room and at the bar.

The menu has a variety of appetizing meat-based options, and this was seemingly a good spot to venture outside of our plant-based lifestyle for a moment.

The place was empty on a recent Wednesday evening and my family was seated promptly. 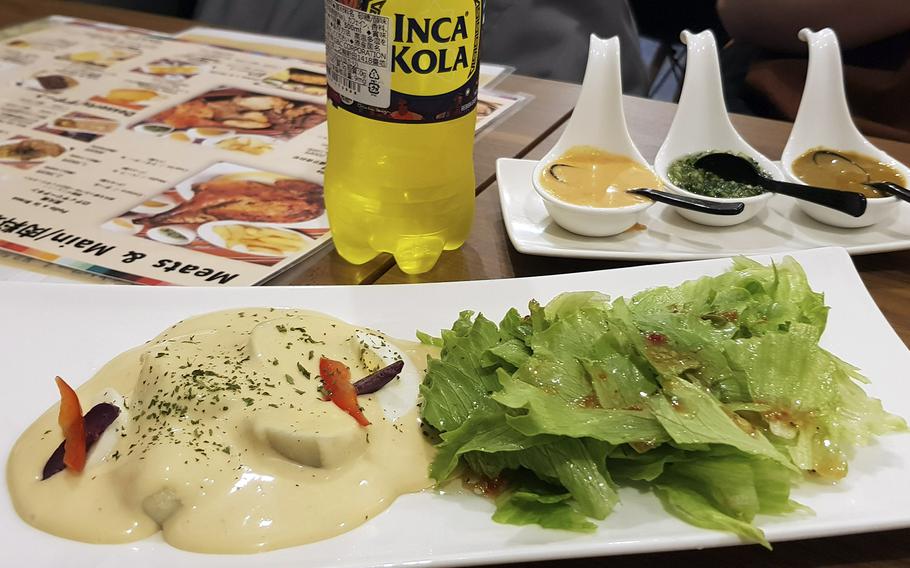 Papa a la huancaina from Misky, a Peruvian restaurant just a short distance from Yokota Air Base, Japan. (Juan King/Stars and Stripes)

Before the main meal, my wife chose the papa a la huancaina, which consisted of chunks of boiled potatoes drenched with a delicious, creamy sauce and large slices of fresh lettuce with dressing on the side.

Next, we sampled another appetizer, the thick cut, slightly spicy and hot yuca fritas. Yuca, with a taste like a potato, is an edible root of the cassava plant and a popular food in South America. They are often cut into steak fries.

Three types of dipping sauces came with them; the minty chimichurri and a sweetened peanut-based sauce were good choices.

From a good selection of beverages we chose Inca Kola, a popular carbonated drink that has been around since 1935.

The entrees arrived shortly before we finished our appetizers. My son and I shared a medium-sized plate of parilla, or grilled meat. The plate consisted of beef, including anticuchos, a beef kabob; several cuts of steak; chorizos, or pork sausages; and a quarter piece of chicken with a side of potato wedges. This dish was also available in a portion large enough for four at 5,220 yen, or about $37.69.

Most of the meats were very tender and seasoned well. I had only a small issue with the slices of steak, which were a bit tough to chew. My wife had the pollo a la brasa, a tender cut of rotisserie chicken with rice and potato wedges. It was offered in quarter, medium and large portions. She enjoyed the selection.

Peruvian desserts rounded out the visit. From the menu, I tried the crema volteada, a creamy Peruvian flan or custard, made with eggs and milk. It had a rich and savory taste of caramel with syrup drizzled over top, which maxed out my taste buds all the way home. 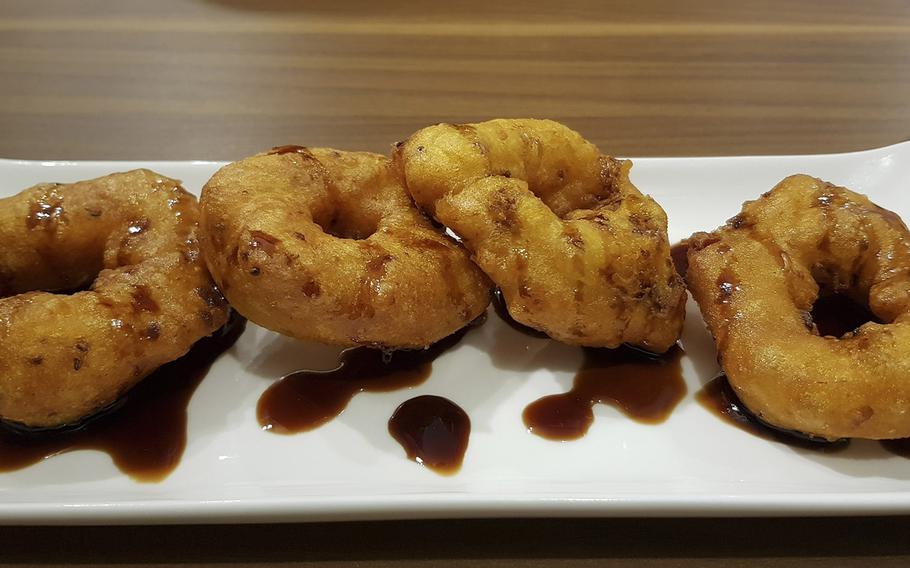 Picarones from Misky, a Peruvian restaurant that specializes in South American cuisine in western Tokyo. (Juan King/Stars and Stripes) Crema volteada, a sweet and creamy Peruvian flan or custard dessert from Misky, a Peruvian restaurant near Yokota Air Base in western Tokyo. (Juan King/Stars and Stripes)

Another sweet choice were the picarones, a type of donut made with eggs, flour, sweet potatoes and a squash called macre. They are not like any donuts I have had but were made sweeter with the added chocolate syrup. Other desserts listed were flavors of homemade ice cream, tiramisu and torte de chocolate, or a Peruvian-style chocolate cake.

We left paying about $70, which I think was reasonable for the sizable portions we received. Misky fit the bill for authentic Peruvian dining. It has a larger location in Hachioji if you are ever in that area.

Directions: A short drive from the Yokota Air Base, Japan.