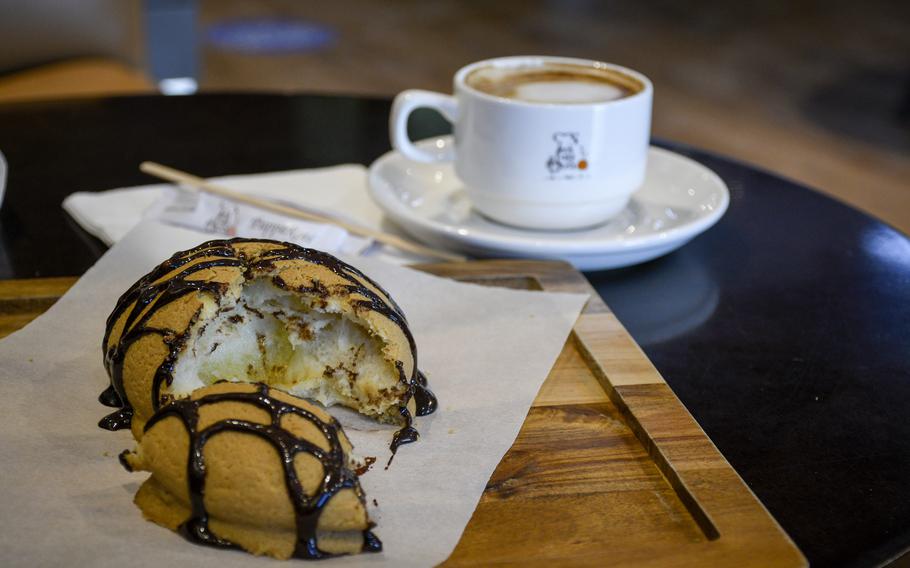 Pappa Roti, a bakery in Doha, Qatar, about a 40-minute drive from Al Udeid Air Base, offers sweet buns filled with sugar and coated in a baked-in crust of coffee caramel. (J.P. Lawrence/Stars and Stripes)

Sometimes you just want to break into the control room and crank the levers that make your brain chemicals go boom.

That’s the appeal of Pappa Roti, a bakery in Doha, Qatar, that I visited after being told they had coffee buns with a stick of butter inside.

It was a simple pitch and the reality didn’t disappoint. Eating the bakery’s trademark pastries gave me the dopamine blast I expected, with the post-sugar rush crash narrowly averted due to a potent dose of Turkish coffee. Think Four Loko, but the original formula of that energy drink, the one that got banned in multiple states.

Pappa Roti is about 40 minutes from Al Udeid Air Base and the one I visited is part of a huge mall within Al Emadi Financial Square, right by a major highway in Doha. The sugary, butter-filled coffee buns at Pappa Roti can be covered in chocolate, Nutella, cheese or jam. (J.P. Lawrence/Stars and Stripes)

I learned about Pappa Roti from the spouse of an Air Force pilot who used to drive to the bakery to pick up orders of two dozen buns at a time for crew members at Al Udeid.

The pilot told me his favorite was the Nutella-covered bun, and that one of his crew members raved about the place and swore he’d open a Pappa Roti franchise in America one day.

Pappa Roti started in Malaysia in 2003 and now has more than 400 locations, mostly in Asia, according to the company’s website.

The company’s signature pastry goes into the oven as little dough balls covered in coffee caramel. When cooked, the buns have a thin, crunchy crust, akin to the fragile snap of a Christmas meringue treat. Inside, the buns are pillowy and chewy, with an interior core of salty butter.

It’s a lot, and sometimes too much, especially if you add some calorific options like chocolate syrup, cheese or ice cream. The coffee buns at Pappa Roti in Doha, Qatar, offer a sugar rush that practically requires coffee afterward to stave off a crash. (J.P. Lawrence/Stars and Stripes)

The sweet shop’s somewhat bland motto is “One Bite. Different Expressions,” and I could see how someone else could take a bite of a bun and grimace at the turbocharged excess.

I tried one of my leftover buns later in the day, and my warning is that when the butter cools down, the bun goes from a guilty pleasure to another sad, breadlike reminder of a string of failed diets.

Pappa Roti also offers cupcakes, milkshakes and juices, all of which I was too sugar-saturated to try.

The menu features a long list of macchiatos, lattes and teas in various permutations. I tried the Turkish coffee and drank most of a cappuccino. Both were sufficiently caffeinated but not exemplary.

The shop’s lunchtime clientele consists mostly of youthful patrons from the nearby office buildings and Filipino airline staff.

Maybe it was my imagination, but their eyes seemed to get wider as they spent more time and ingested more sugary, caffeinated concoctions in that cafe. 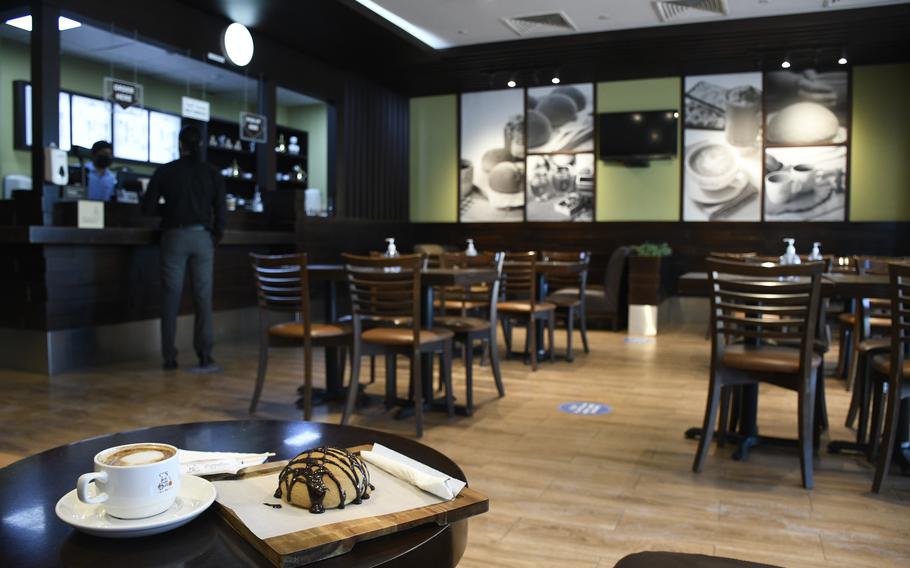 Pappa Roti, about 40 minutes away from Al Udeid Air Base in Qatar, isn't the place to start a diet. (J.P. Lawrence/Stars and Stripes) 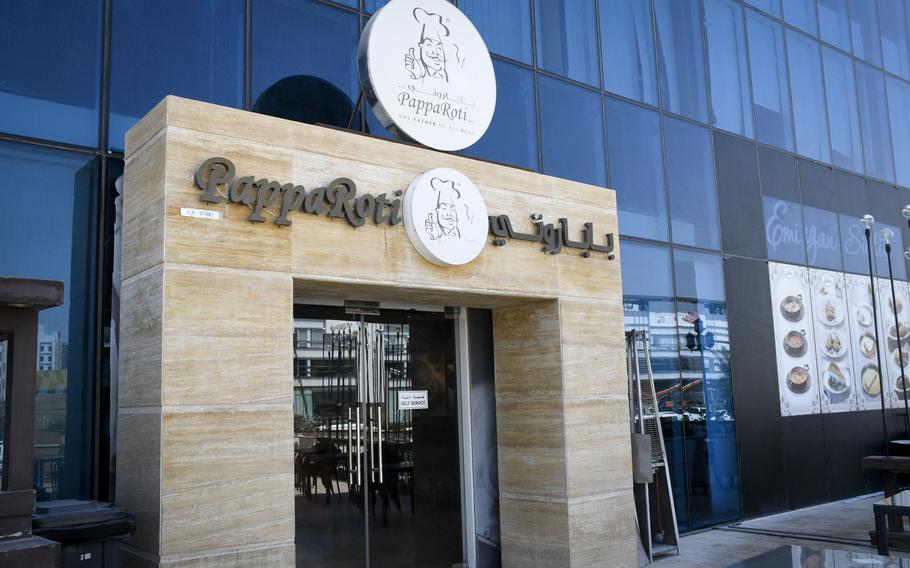 This outpost of Pappa Roti is about 40 minutes from Al Udeid Air Base by car and part of a mall next to a major highway in Doha, Qatar. (J.P. Lawrence/Stars and Stripes)

Prices: One bun is 12 Qatari riyals ($3.30), with toppings adding 5 riyals. Coffees and juices are between 20 and 30 riyals, with a shot of espresso going for 16 riyals. Pappa Roti delivers within Doha via the app Talabat.