Kangaroo, and sometimes crocodile, is on the Phat Mango menu in Darwin, Australia 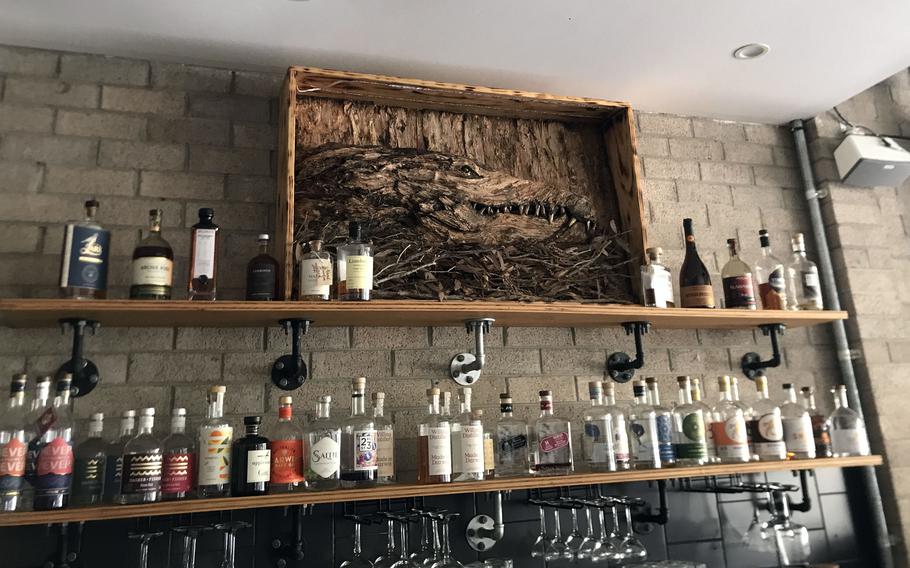 The Phat Mango restaurant in Darwin, Australia, has a simple, uncluttered interior decorated with aboriginal art and a large, carved wooden crocodile looming over the bar. (Seth Robson/Stars and Stripes)

Phat Mango in central Darwin, started by English chef Martin Bouchier, serves food made only with Australian ingredients. Sometimes that includes some of the exotic creatures the country is known for.

Australia’s Northern Territory is a wild land with more than its fair share of dangerous creatures, including monster crocodiles that can have you for dinner.

Phat Mango in central Darwin gives diners a chance to be on the other end of the fork.

The eatery, started by English chef Martin Bouchier, serves food made only with Australian ingredients.

Phat stands for “Pretty Hot And Tempting” and mangos are plentiful in the Northern Territory.

The restaurant has a simple, uncluttered interior decorated with aboriginal art and a large, carved wooden crocodile looming over the bar.

They were serving crocodile meat at one stage and plan to put it back on the menu, according to Bouchier, but it wasn’t available when Stars and Stripes stopped by for lunch in late August. 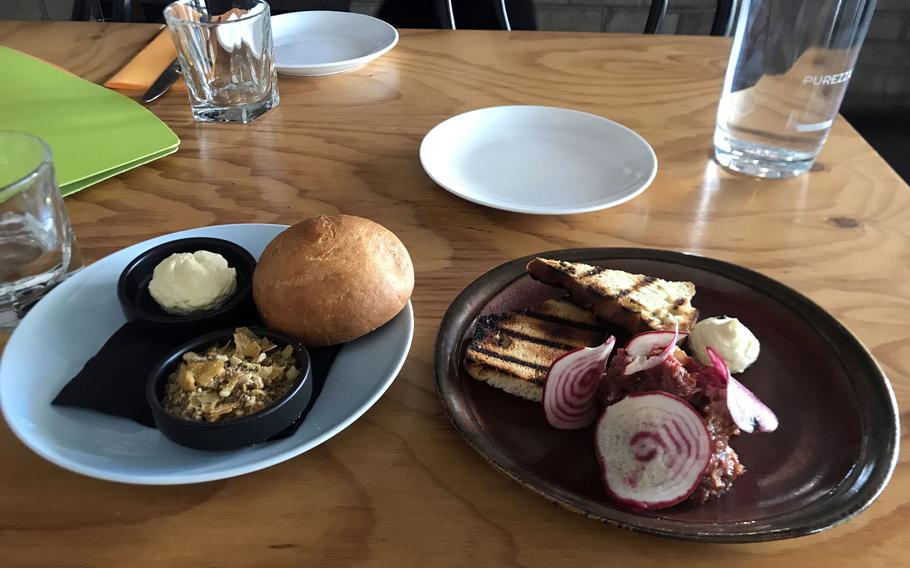 The Home Made ‘One Mile’ Damper, left, and kangaroo tartar from the Phat Mango restaurant in Darwin, Australia. (Seth Robson/Stars and Stripes)

It was nothing special, but healthier than munching on chips.

The kangaroo tartar at $12 is a dish you won’t find many places outside of Australia. It includes red kangaroo loin with shallot cream, radish and focaccia. The meat didn’t have a strong flavor, but it is, apparently, quite healthy.

The country has been harvesting wild kangaroos since the 1950s, according to the Australian Department of Agriculture, Fisheries and Forestry.

Phat Mango has plenty of other local fare such as Australian beef and barramundi fish.

You can wash it all down with Australian wine and beer. 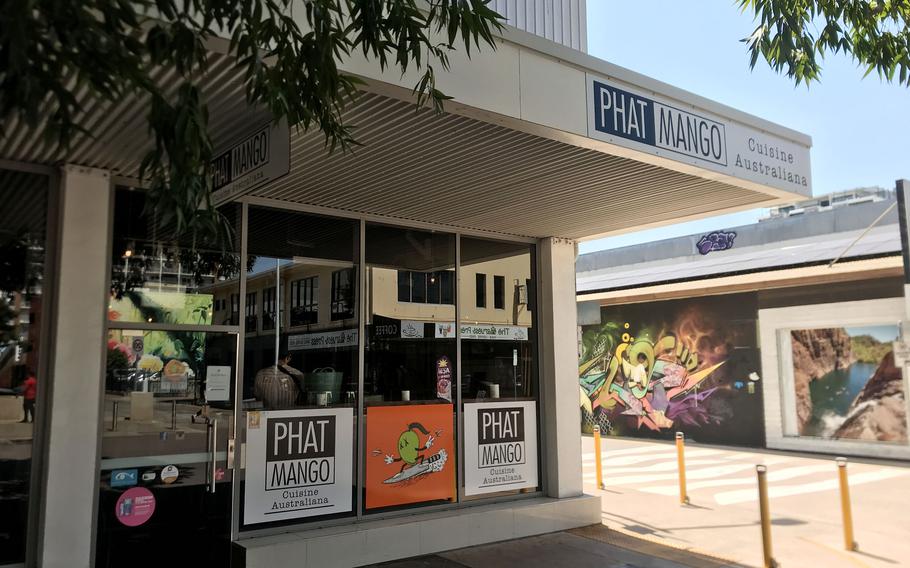 Phat Mango, an eatery in Dawin, Australia, started by English chef Martin Bouchier, serves food made only with local ingredients. That includes kangaroo and crocodiles. (Seth Robson/Stars and Stripes)

Directions: A short walk from the Mitchell Street bar district.